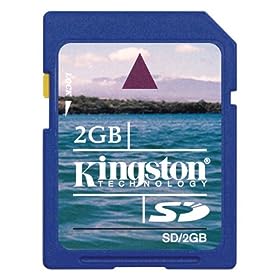 Memory card prices have dropped like crazy over the past several months. I was just fishing around on Amazon for some new SD cards for my new Nikon D40 (Ken Rockwell thinks its the best bang for your buck right now – I agree) so I would have plenty for the Tour de Georgia in a couple weeks. This time last year, I paid around $100 for a 1 GB CF card. I picked up two 2GB SD cards today for $37. Along the way, I saw several other worthy deals for several types and brands of memory cards. They are as follows:

So, are there too many different types and sizes of memory cards here for you to figure out what you need? What about memory card speeds? Does it matter? How about brands? I’ve put a kind of intro to memory cards post together that will help answer some of these questions whether you’re shopping for just a memory card or two, or whether you’re looking at buying a new digital camera and wondering what the deal is with these memory card thingies. You can read the post by clicking here.

Finally, if you’re thinking about buying a card from ebay (it looks like a real deal right?), read this post to see why you might want to reconsider that plan.