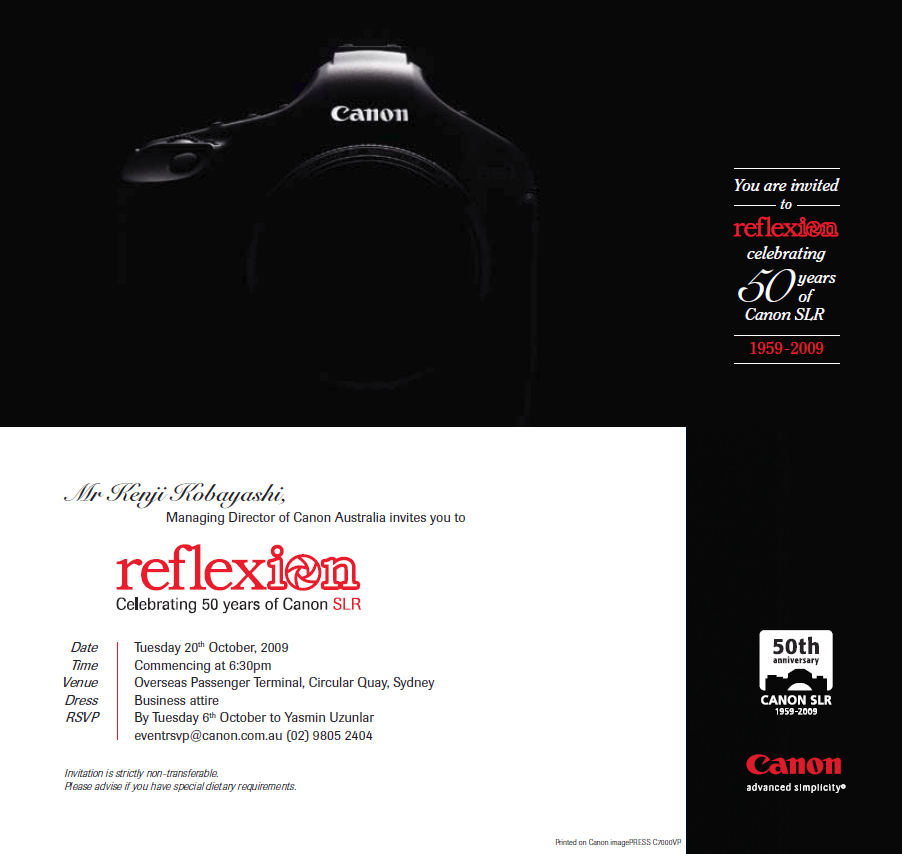 After the recent announcement of the Nikon D3s, it appears that Canon may be ready to introduce a new flagship of its own.  Rumors are flying from a variety of sources that Canon will unveil the 1D Mark IV on October 20.

One poster on the Fred Miranda forums says that Canon Spain has unofficially informed pro shooters that the 1D Mark IV will be released on October 20.  Another forum member reports seeing the a retailer’s inventory system that shows the 1D Mark IV and 1Ds Mark IV priced at $4995 and $6995, respectively.  Consistent with this rumor, Canon Rumors has received a number of “tips” on the announcement, including a copy of the press invitation above regarding Canon’s celebration of 50 years of its SLRs.

Stay tuned.  This looks like it could be the real deal.