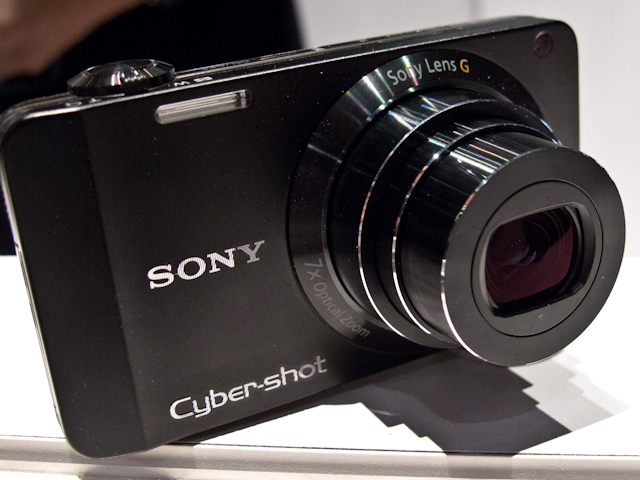 The Sony Cyber-shot WX10 is a 16.2MP point and shoot camera with a 7x optical zoom that debuted at CES 2011.  I had the opportunity to go hands-on with a preproduction version of the compact shooter for a few minutes at Sony’s CES booth.  Below you will find my initial impressions of the new camera.

The WX10 offers a number of features found on other Sony Cyber-shot models, including Full HD video at 1080/60i AVCHD and Sony’s Exmor R CMOS image sensor.  The WX10 also features a 2.8-inch LCD at 460k dot resolution, which is a wee bit smaller than would be expected on a $280 camera; however, the resolution is better than average and, in the hand, looks great. 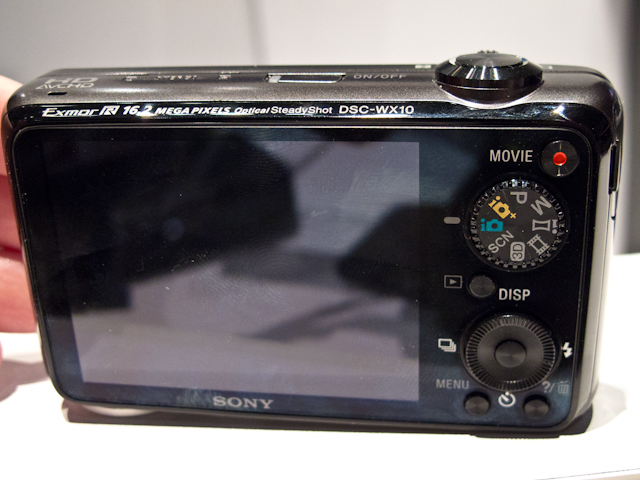 The WX10 offers a convenient mode dial on the rear of the camera.  With it, you get quick access to common shooting modes like Auto, Program and Manual.  The WX10 also sports a very convenient direct record button for capturing HD video – no matter what position the mode dial is in.

At first blush, the WX10 looks and feels very much like an average compact camera – particularly considering the rest of Sony’s Cyber-shot lineup, which includes sexy models like the TX100V and HX7V.  However, Sony put a little something extra in this otherwise “normal” camera.

That extra-something is a new autofocus system driven by a magnetic coil instead of the mechanical gears typically seen in compact cameras’ AF system.  Sony reps on hand at CES explained that their other point and shoot camera models achieve autofocus in 0.3 to 0.4 seconds using the gear-drive AF system, while the WX10 achieves autofocus in approximately 0.1 seconds with its magnetic coil AF drive.

So, is it really faster?

I don’t know.  I couldn’t perceive any difference between the WX10 and HX7V – both of which were preproduction models.  Of course, I had no complaints from either in terms of their responsiveness.  Both AF systems were fast and shutter responses were near instantaneous.

Where I noticed a difference with the WX10, however, was when I recorded video with it.  As I was moving the camera’s view among near and distant objects, it seemed a little bouncy during some of those transitions.  Unfortunately, however, I was not allowed to take any sample footage from the WX10 with me for a more detailed examination.  Hopefully, this phenomenon will be corrected prior to shipment of production models.

As noted above, the WX10 otherwise looks and feels like a typical compact camera.  It’s smaller than the HX7V in size – definitely small enough to be pocketable.  It also comes with Sony’s great Sweep Panorama function (now it’s 3D Sweep Panorama) and records AVCHD format video in 1920 x 1080 at 60fps interlaced.

The highest bitrate capture is 24Mbps, which should put the WX10 on par with the HX7V’s video.  This also means that the 60i video is probably captured at 29.97 fps progressive before being output to AVCHD 60i – good news for those dropping the footage into a NLE.  The WX10 also sports stereo mics for better audio to go along with the HD video. 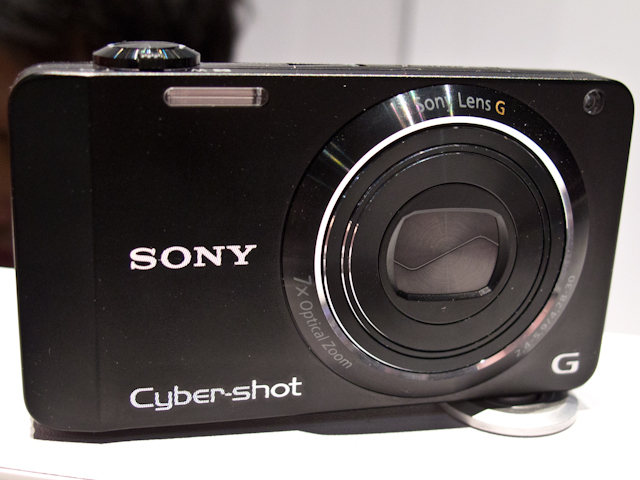 While there’s a lot to like about the WX10, I’m not entirely sold on Sony’s new magnetic coil AF drive.  It works great for still image capture, but I’m not so sure about video recording. Of course, my concerns originate from viewing the camera’s 2.8-inch LCD for about 10 minutes – so keep that in mind.

I suspect the WX10 will perform well for most; however, for those who will rely heavily on the video capture in addition to stills, I would recommend trying out the video function (particularly the AF transitions) in person before taking the WX10 home with you.

The Sony Cyber-shot WX10 is available from Photography Bay’s trusted retail affiliates at the following links: 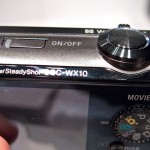 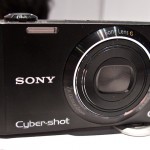 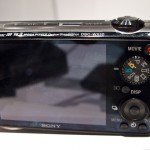 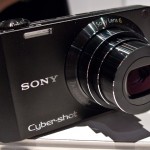