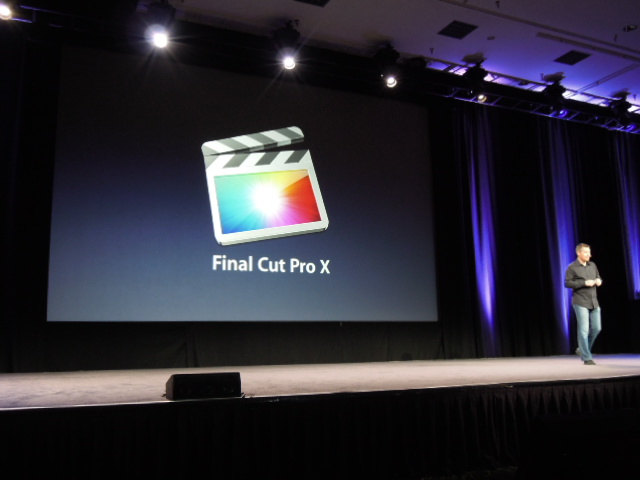 One of the big missing pieces to the Final Cut Pro X announcement last night was any mention of the rest of the Final Cut Studio suite of products.  As evident from the comments in the live blog post, pros are very interested/concerned about where the FCP X sneak peek leaves Motion, Color, etc.

That’s the word that The Loop got from an Apple rep last night when they asked about the rest of the Final Cut Studio suite.

While I’m not saying you should just drink Apple’s Kool-Aid with whatever they throw on the App Store, I would encourage everyone to hold their horses before declaring FCP X to be FCP for the iPhone, iFinalCut, and any of the other general mockery.

If you want to gripe because this obviously lowers the bar (in terms of usability and price) to the entering into a pro editing application, fine.  But declaring the end of an application based on a few screenshots and demo clips, without even knowing how a whole lot of other functionality for the program works, could be a bit of a stretch, eh?

I’m sure we’ll be seeing something pretty soon for the Final Cut Studio X suite (0r whatever it is called).  It could be an a la carte purchase option as noted by some of the commenters.  And, as another commenter noted, just looked at what Apple has done with Aperture since it moved to the App Store and lowered the price.  It’s the number one grossing app in the App Store.

Again, you don’t have to jump on the FCP X bandwagon, let’s just keep your heads together until we can actually see and demo the product (and it’s suite-mates) in a couple of months.