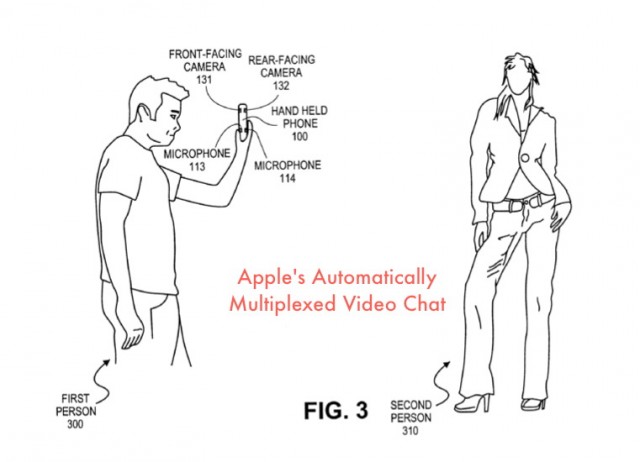 Pretty soon, you will be able to record a live 2-person conversation or interview with your iPhone – and your iPhone will automatically switch live between the talking heads to record a multiplexed video stream.

In a patent application filed with the USPTO in January of this year, Apple disclosed an invention whereby an iPhone with dual cameras (one front-facing and one rear-facing) will record dual video streams “and based on detection of the speech activity, automatically switch[es] between the first video stream and the second video stream to generate a multiplexed video stream.”

Apples says it will use both audio and visual cues to decide which camera needs to be active at a given time.

. . . . detecting a speech activity of a person comprises: detecting a direction of the sound with at least two microphones that point to different directions . . . . [and] analyzing an image of the face of the person captured in said one of the first and second video streams to detect the lip movement.

Not only will it record the multiplex stream of people on either side of the iPhone, but Apple also considers the use of the multiplex stream in video chatting with remote users.  As a result, you can have a 3-way video chat with two people on one end and the third-party sees only the person who is talking, which means you wouldn’t have to manually switch from front to back cameras.

Of course, this being a patent application, there’s no sure fire time frame on when (or even if) we will see this in a future iPhone.  However, this tech doesn’t seem so far on the other side of the horizon that it can’t happen soon.

What other uses can you see for multiplexed video capture in an iPhone? 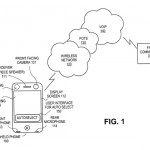 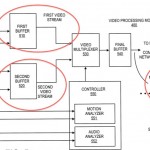 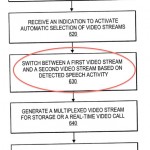 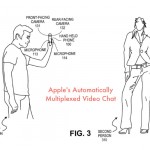