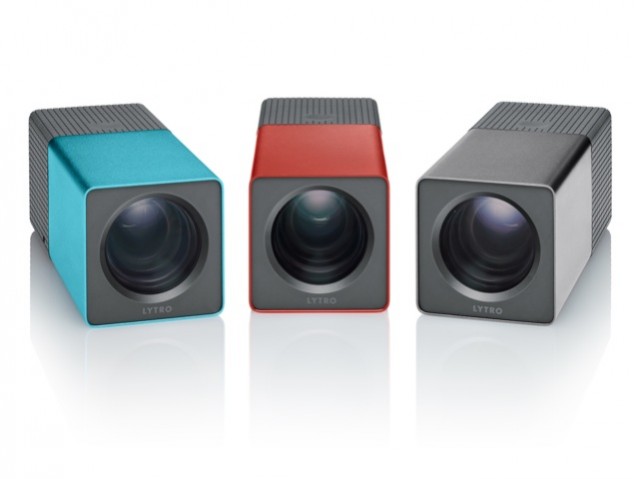 Lytro, Inc. has announced availability of its new light field camera, which allows users to choose the focus point in the post production process, rather than at the scene.  Initially, the camera will be available in 8GB and 16GB built-in storage versions, priced at $399 and $499, respectively.  They should be available in early 2012.

Check out the video from Cnet below for a demo of its use. 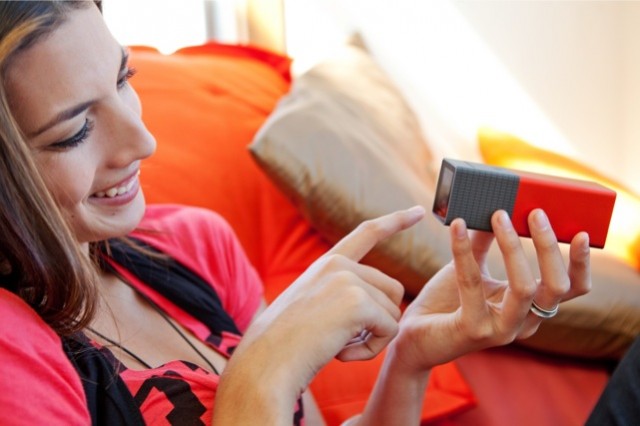 MOUNTAIN VIEW, Calif.–(BUSINESS WIRE)–Today, Lytro, Inc. (www.lytro.com) unveiled the first Lytro consumer light field camera, introducing a new way to take and experience pictures. Unlike conventional cameras, the Lytro light field camera captures all the rays of light in a scene, providing new capabilities never before possible, such as the ability to focus a picture after it’s taken. The pocket-sized camera, which offers a powerful 8x optical zoom and f/2 lens in an iconic design, creates interactive “living pictures” that can be endlessly refocused. The camera is available in two models and three colors, starting at $399.

The Lytro is the only consumer camera that lets people instantly capture a scene just as they see it by recording a fundamentally richer set of data than ever before. Lytro cameras feature a light field sensor that collects the color, intensity, and the direction of every light ray flowing into the camera, capturing a scene in four dimensions. To process this additional information, Lytro cameras contain a light field engine that allows camera owners to refocus pictures directly on the camera. When the Lytro’s living pictures are shared online, the light field engine travels with each picture so anyone can interact with them on nearly any device, including web browsers, mobile phones, and tablets — without having to download special software.

The Lytro’s sleek design was created with simplicity in mind. With no unnecessary modes or dials, the camera features just two buttons — power and shutter — and has an intuitive glass touchscreen that lets pictures be viewed and refocused directly on the camera. While the Lytro camera houses complex technology, it is fundamentally easy to use, opening new creative opportunities for anyone interested in sharing their favorite memories with friends and family.

The Lytro camera’s features include:

The Lytro light field camera is accompanied by Lytro’s desktop application, a free software download that easily imports pictures from camera to computer. Currently available for Mac OS X, the desktop application lets people view, interact with, organize and share their light field pictures. Lytro pictures can then be uploaded to Lytro.com to be shared via Facebook, Twitter, blogs, or as links in email messages. Once shared, Lytro’s living pictures allow viewers to live the moment with the photographer and explore a scene like never before. Viewers can continually interact with Lytro pictures – focusing them over and over – expanding the creative possibilities of each and every shot.

Concepts related to the light field and computational photography have been researched in academic circles for more than a century. Light field science was the subject of Lytro CEO and Founder Dr. Ren Ng’s Ph.D. dissertation in computer science at Stanford, which was awarded the internationally-recognized ACM Dissertation Award in 2007 as well as Stanford University’s Arthur Samuel Award for Best Ph.D. Dissertation. Dr. Ng’s research focused on miniaturizing light field technology into the body of a single camera to make it practical for everyday use.

The digital still camera market is large and growing with $38.3 billion in worldwide revenue in 2010 and expectations to increase to $43.5 billion worldwide by 2015.* Visual storytelling is universal, with 60 billion photos shared on Facebook in 2010, projected to reach 100 billion photos by this summer.

“Light field photography was once only possible with 100 cameras tethered to a supercomputer in a lab,” said Ng. “Today it’s accessible to everyone in a camera that’s small and powerful, but incredibly easy to use. Our goal is to forever change the way people take and experience pictures, and today marks our first major step.”