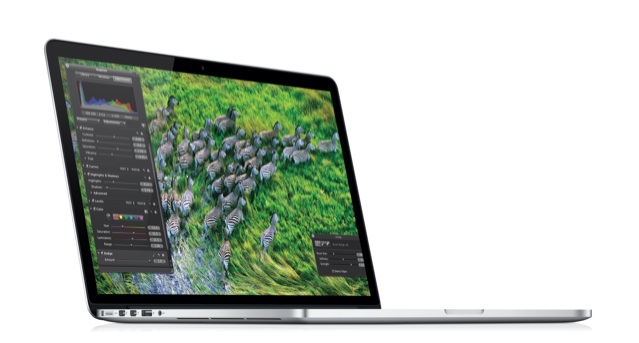 Apple has updated its MacBook Pro lineup with new 13-inch and 15-inch models that essentially refresh the pre-existing models while dropping the 17-inch model from the product line.  Additionally, Apple introduced a brand-new 15-inch MacBook Pro model that loses the disc drive, as well as the ethernet port and FireWire 800 port, in favor of a slimmer and lighter overall design.

First up, the traditional MacBook Pro models get a speed boost up to 2.7GHz quad-core Core i7 available and Nvidia’s GeForce GT 650M video card with up to 1GB of GDDR5 memory.  These models are available with up to 8GB of RAM and are equipped with 5400-rpm hard drives at the base level with SSD drives as an option.

Apple has also seen fit to finally make USB 3.0 available on all new MacBook Pro models with two ports.  The rest of the connectivity stays the same with FW800, Thunderbolt and an SDXC card slot.  Of course, these traditional models also hang on to the SuperDrive for those still tied to CD/DVD media in some way.

The Next Gen MacBook Pro 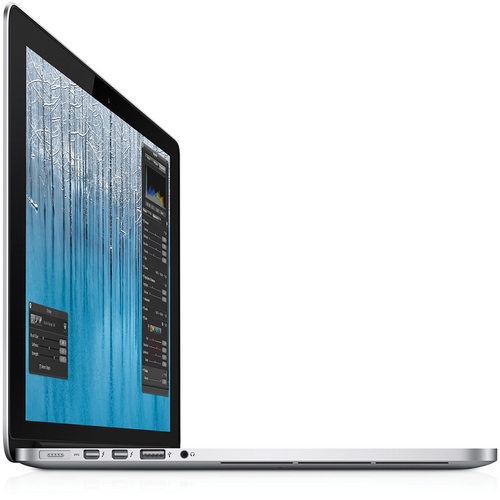 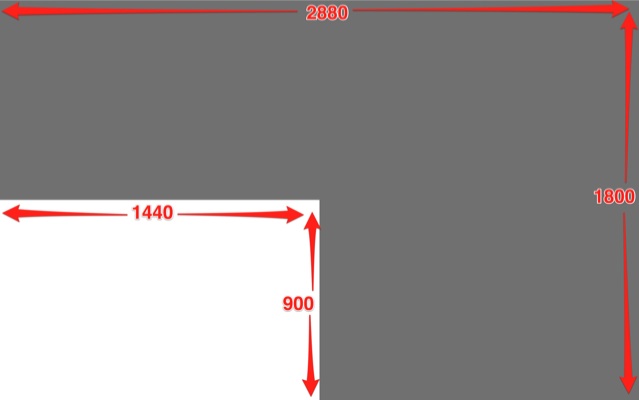 Additionally, the new MacBook Pro does away with spinning hard drives and the SuperDrive.  The new model gives you only flash storage options – with the base model for $2199 sporting a 256GB SSD and up to 768GB SSD available. 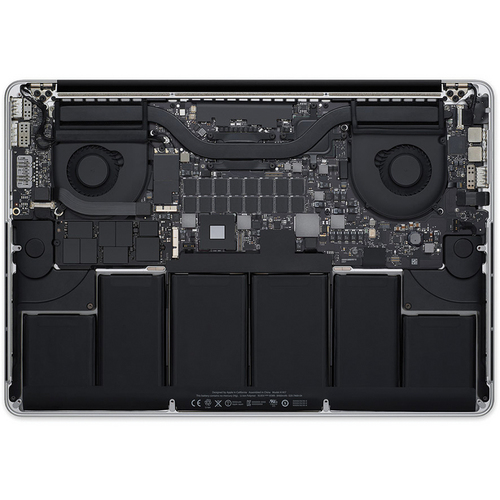 The new MacBook Pro also expands up to 16GB RAM.  However, because the design is proprietary, it is unlikely that you’ll be able to add RAM after the fact.

One of the benefits of the proprietary internal design is the decreased case size and overall weight.  The new MBP is only 0.71″ thick and weighs in a 4.4 lbs.  Compare this to the traditional MBP size at 0.95″ thick and 5.6 lbs.

On the processor side, you get a quad-core Intel Core i7 at 2.3GHz base level, and up to 2.7GHz at the top tier configuration.  Apple is also claiming a 7-hour battery life out of the new MBP. 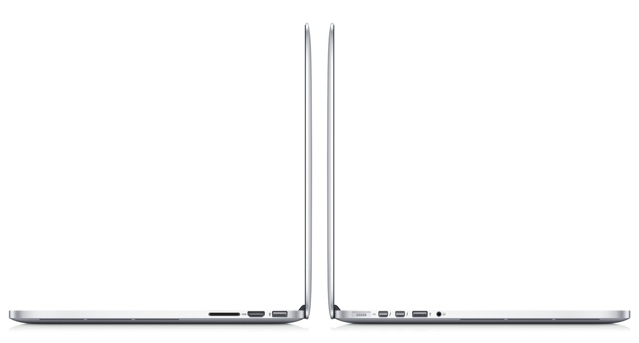 As noted, the next gen MBP sheds the SuperDrive, FW800 port and ethernet port to accomodate the thinner case design.  However, you now get two Thunderbolt ports, two USB 3.0 ports, an HDMI port, headphone jack and a SDXC card slot.  If you can’t live without a FW800 or ethernet port, Apple is making a new Thunderbolt adapter available for either port.

All the MacBook Pro’s are now available for pre-order at B&H via the following links:

More details on all the new MacBook Pro’s available at Apple’s website.