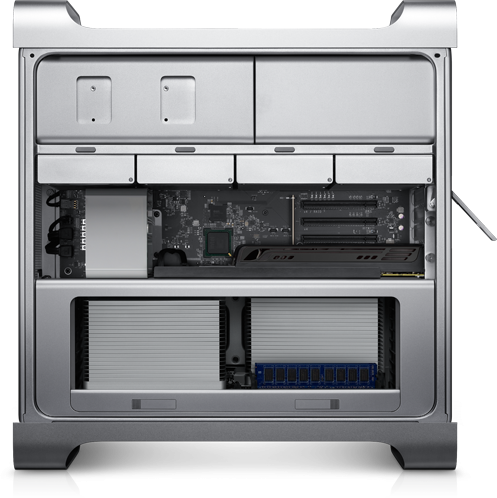 After Apple’s online store showed some mild upgrades for the Mac Pro yesterday, there was quite the outburst of fury amongst pro users online.  Basically, Apple just changed some processor specs and hit the refresh button on the Mac Pro listing on its website.

All hope is not quite yet lost for the flagship pro box though….

NYT’s David Pogue said that he spoke with an Apple exec and was assured that the Mac Pro and iMac would be getting redesigns for 2013.

That’s quite a ways off for pro users who have been hanging onto their towers for a couple of years now.  Watching Thunderbolt, USB 3.0 and 6Gb/s SATA  channels pass them by is a tough pill to swallow.

[Update: The 2013 Mac Pro upgrade has been confirmed by Apple CEO Tim Cook.]