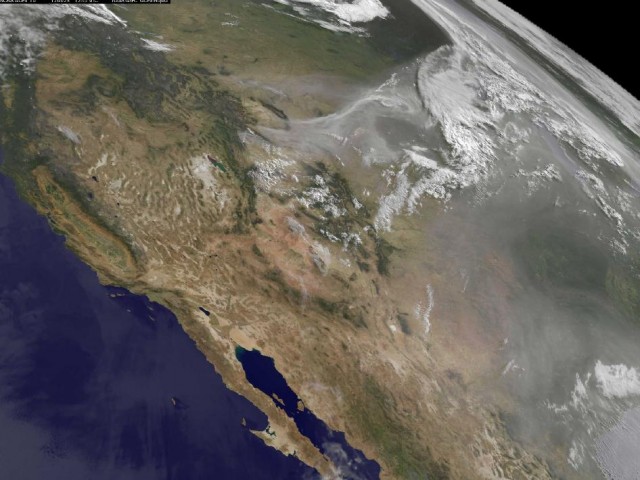 NASA satellites and astronauts are capturing some compelling images from space that show just how massive the wildfires in the western US have become.

The GOES-15 satellite keeps a stationary eye over the western U.S. and the smoke from the fires raging in many of the states have created a brownish-colored blanket over the region. The dawn’s early light revealed smoke and haze throughout the Midwest, arising from forest fires throughout the Rockies. While the most publicized fires occur along the populous eastern range in Colorado, the great smoke plumes in this image came from Wyoming. NOAA’s Geostationary Operational Environmental Satellite, GOES-15, captured this visible image on June 28 at 1245 UTC (8:45 a.m. EDT). 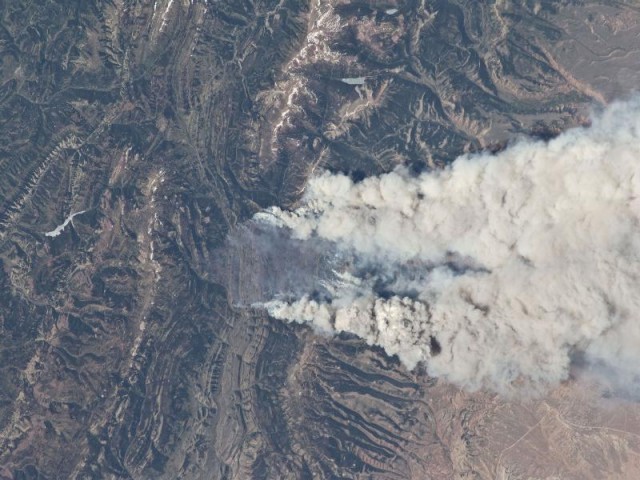 The above image was captured with a D2Xs and the Nikkor 180mm f/2.8D lens from the International Space Station (likely using some of this Nikon gear). 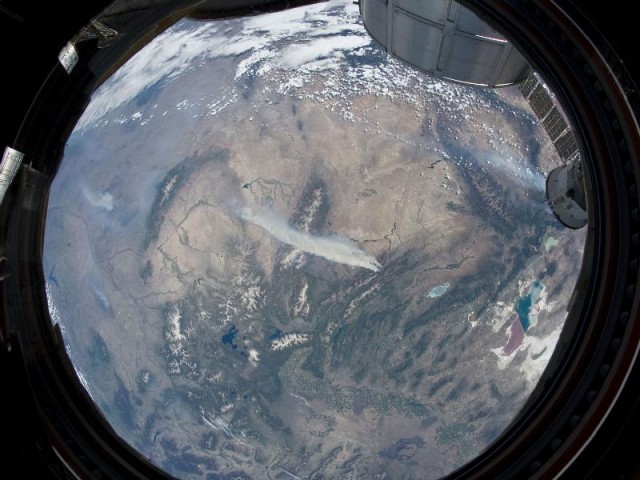 Finally, the above wide angle image was captured with a Nikon D3s and the Nikkor 16mm f/2.8 lens by an astronaut on board the ISS.

An Expedition 31 crew member aboard the International Space Station, flying approximately 240 miles above Earth, recorded a series of images of the current wild fires in the southwestern United States. For this particular image, taken from the station’s Cupola, he used a 16mm lens, which gives this view a “fisheye” affect.