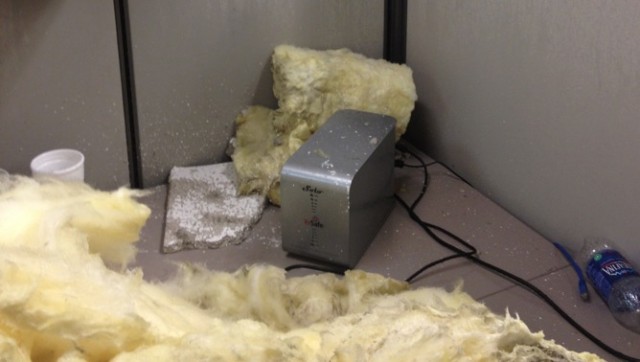 Around the same time I published the recent ioSafe Extreme Rugged hard drive review, ioSafe had its own in-office disaster when a sprinkler pipe broke and flooded its office.  Fortunately, they were using their own ioSafe waterproof drives throughout the offices and didn’t lose any data.

Check out their account of the rather ironic disaster below.

100% True Story. A couple weeks ago at ioSafe, we hired a guy to fix our A/C vents. As he was walking on the beams above our drop ceiling, he lost his footing and grabbed a fire sprinkler pipe. The pipe cracked causing it to “rain” hundreds of gallons of water above the drop ceiling.

Ceiling panels were caving in and water was raining into our offices and onto PC’s and laptops. Fire alarms were blaring. Fire trucks – sirens wailing – rolling into our parking lot. The stench of musty, old sprinkler water was everywhere. People were running around the hallways in a frantic attempt to save as much stuff as they could. Shutting the standard water main had no effect by the way as the fire system is designed to work independently. It rained indoors for at least 15 minutes before the fire department could cut a lock and shut down the special fire system water main.

It was a huge mess.

We practice what we preach though and not a data bit was lost. Every computer and server has at least one ioSafe device as a full OS/hard drive backup + backups to the local server. We were up and running early the next day. If we didn’t have an onsite disaster proof backup, it could have been days or weeks to get our company back online. Disasters don’t always need to be natural!

Tough luck on the mess I’m sure this created, but it still makes for a nice marketing message, which is how I learned about it via their customer newsletter.  Thanks to ioSafe for sharing the images and story with us. 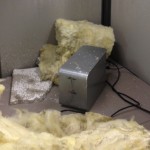 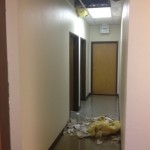 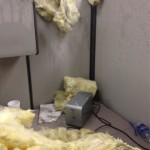 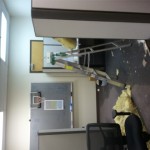 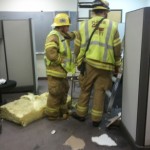