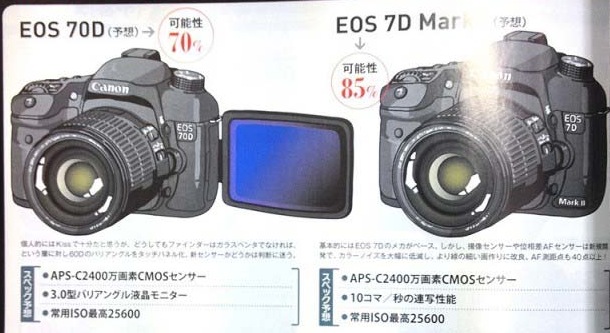 Several rumors of upcoming Canon DSLRs appeared in a Japanese magazine, along with what appears to be confidence ratings on the chance that they’ll surface in 2013. Atop the list are the Canon 70D and 7D Mark II with a 70% and 85% likelihood chance, respectively, that we’ll see them this year as obvious replacements to the current Canon 60D and 7D.  Key rumored specs for the 70D and 7D Mark II include a 24MP APS-C sensor and sensitivity up to ISO 25,600. 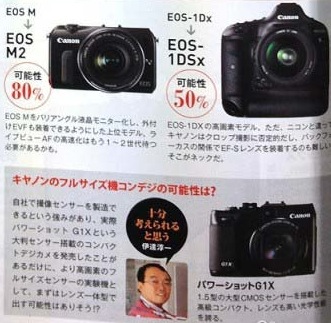 Other rumored cameras include a new mirrorless model, the EOS-M2, which is assigned a 80% likelihood for 2013 release, and an EOS-1DSx at a 50% coin flip and is probably the oft-rumored high-MP pro DSLR.