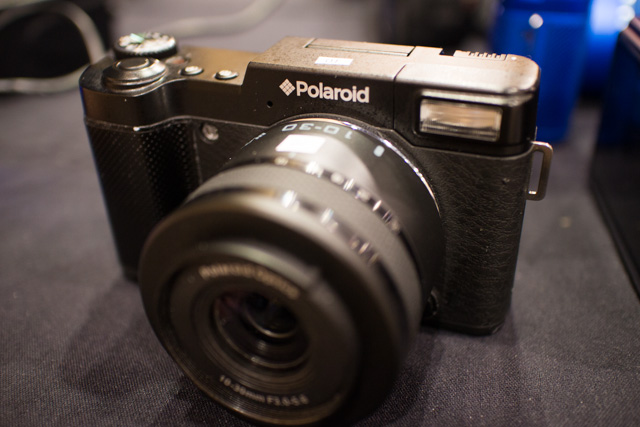 Polaroid’s new mirrorless cameras were on display at CES 2013. The previously-leaked iM1836 Android-powered camera finally surfaced along with two other, non-Android models – the iM1232W (featuring built-in WiFi) and iM1030.

Based on the lens focal lengths and zoom ranges, the chances are good that we’re looking at a 1″ sensor (akin to the Sony RX100 and Nikon 1 J3) inside the complete line of Polaroid mirrorless cameras. I couldn’t get a Polaroid rep to confirm this; however, there’s really no other sensor size that works for the lenses shown on these cameras. 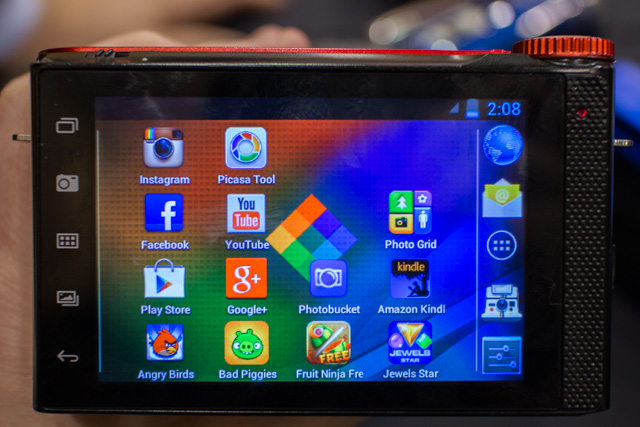 As I began to question the Polaroid rep concerning the cameras’ construction and features, he was quick to point out they these cameras are targeted at a different audience than more mainstream prosumer mirrorless cameras from companies like Sony, Olympus and Nikon.

Instead, these models will likely find their place at just above the typical Walgreens digital camera shopper. Or, perhaps we’ll see them on QVC or the like. 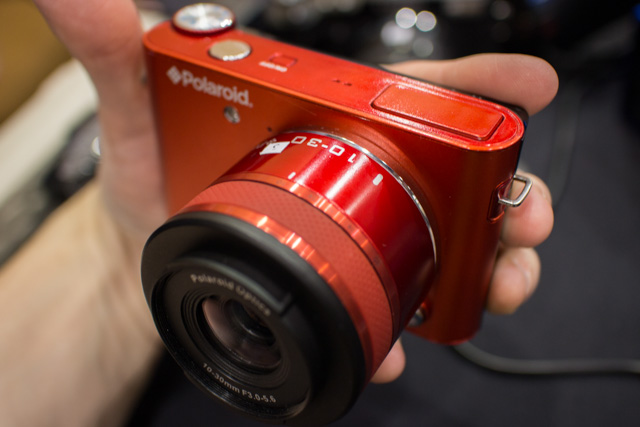 The prototypes feel very cheap and plastic. While they may look like Nikon’s 1 series cameras in shape and size, they very much feel a step or two below in the quality department. 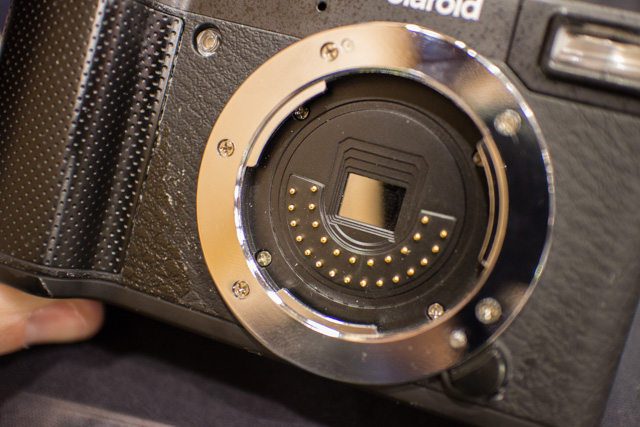 Here’s the craziest thing about the Polaroid models though – the sensor is in the lens.

For whatever reason though, Polaroid included a mock sensor in the camera, which is simply a piece of reflective plastic that sort of looks like an image sensor. 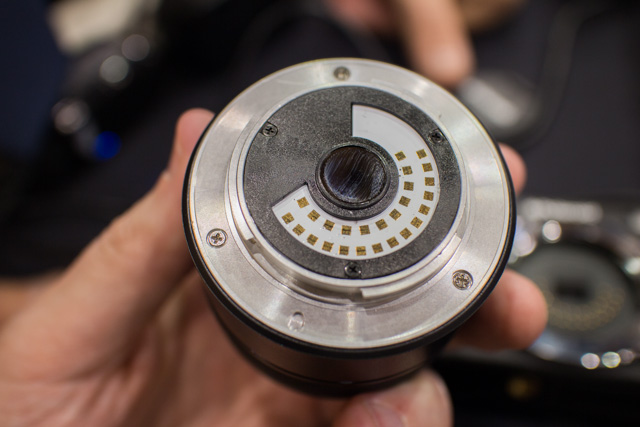 Why? The only clear reason I could get was for aesthetics. 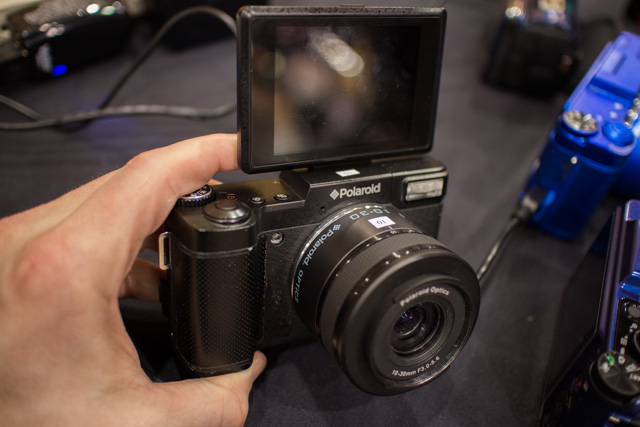 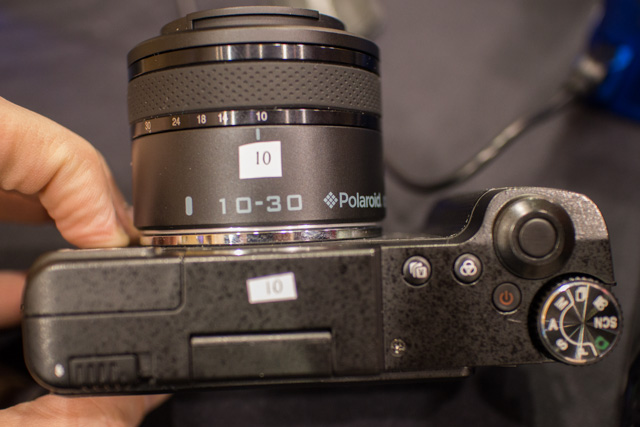 Circling back to the initial target audience issue… The design is so confusing – particularly given the placement of a “fake” sensor in the camera body. Why even bother making this camera/lens unit into separate components? If a camera manufacturer is going to try to scrape the bottom of the consumer market with a “mirrorless” camera, are they seriously thinking that their “system” is going to move multiple lens/sensor units in this market? 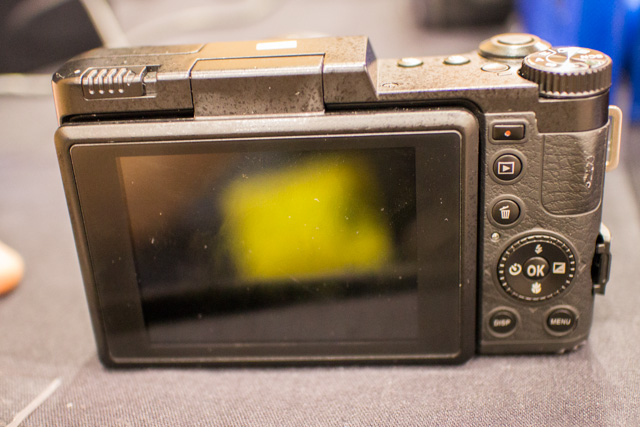 Unless Polaroid really comes out with something previously unseen in this new mirrorless line that proves special in terms of features or image quality, these cameras are almost certainly destined to fail. The Polaroid mirrorless camera lineup wins out as the weirdest camera I saw at CES 2013.

These cameras should hit stores in the first quarter of 2013. 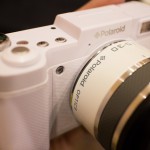 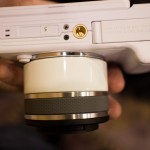 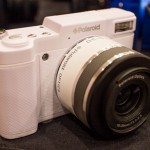 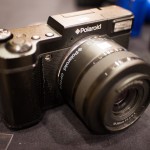 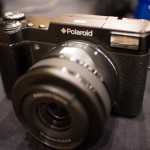 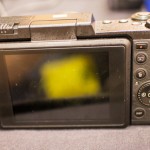 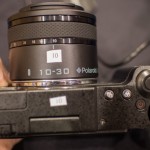 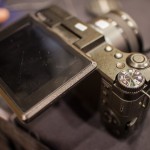 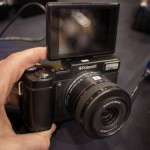 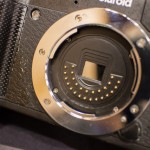 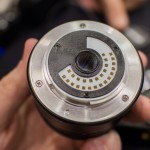 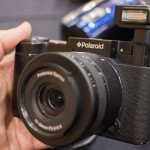 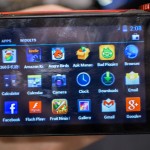 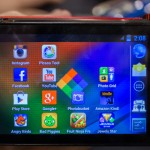 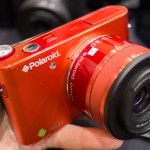 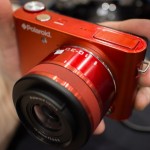 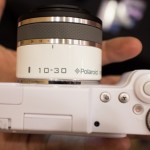