Iran recently made the news with the unveiling of its stealth jet, the Qaher-313, which may or may not even be able to fly. After some heavy criticism to that point, however, Iran released a photo of the Qaher-313 in flight high above the country’s own Mount Damavand.

Unfortunately for Iran, the rest of the world still hasn’t bought in to the Qaher-313’s ability to actually fly – since the nice photo of Mount Damavand had the below hanger shot (from the Qaher-313’s unveiling) Photoshopped into it.

The motion blur added to the jet is a nice touch – don’t you think? 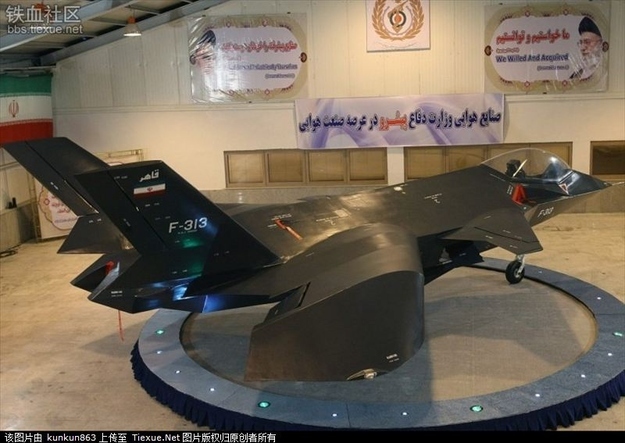 This comes just a couple of weeks after another Iranian photo controversy in which Iran showed off images of two different monkeys supposedly taken before and after launching a single monkey into space.

What exactly is going on in the Iranian photo community?