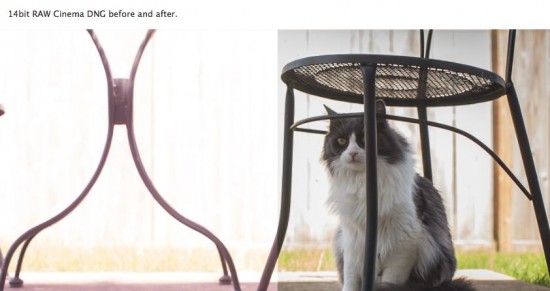 It is simply amazing what the Magic Lantern guys keep squeezing out of Canon’s DSLRs.

Now, they have managed to get 14-bit RAW DNG files captured without the mirror dropping or shutter closing between frames. This further paved the way for RAW video that is currently running at 10fps; however, they expect to reach 24fps based on the developments they have seen thus far. This could be huge for Canon 5D Mark II and 5D Mark III shooters.

Even without the video running at full speed, this is a big deal for time lapse shooters who often capture over 1000 frames per sitting. This new development will remove some wear and tear on the shutter and mirror.

There are lots more video-specific examples and thoughts over at Planet5D and No Film School that I won’t rehash again. Check out those links to really dig into the nitty gritty.