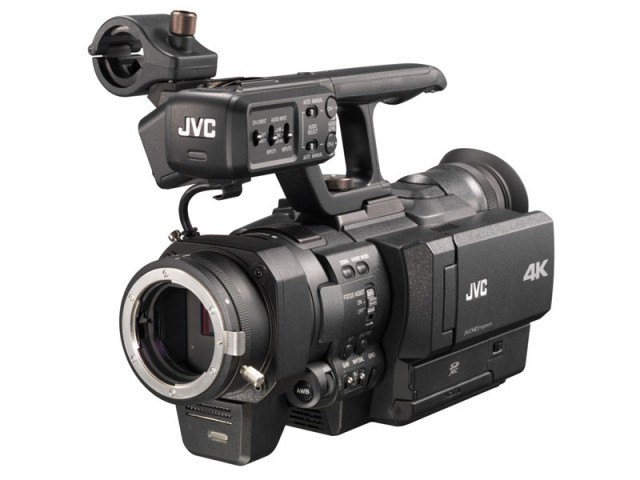 JVC is bringing its Nikon F-mount, 4K concept camera from CES 2012 to market. The JVC JY-HMQ30 looks like it will use the same multi-stream 4K recording that is found in the JVC GY-HMQ10 fixed-lens 4K camcorder, which was officially announced at CES 2012.

As it was teased in concept form last year, the HMQ30 features a 8.29MP 1.25″ CMOS sensor and uses JVC’s Falconbrid processor. As mentioned above though, the 4K recording method is different from what everyone else is doing. Instead of a single video file recorded to a single memory card, the HMQ30 will record 4 streams to 4 separate SDHC or SDXC cards.

In my look at the HMQ10 at CES 2012, the compression from the MPEG-4 AVC/H.264(.MP4) files were obvious on a 4K TV. While the max data rate is 144Mbps for 4K capture, it doesn’t sound quite as good when you consider it is actually pulling from four separate HD streams at a max 36Mbps data rate. Additionally, you can’t work with the footage until you combine the 4 streams into one using JVC’s 4K Clip Manager program, which will convert files to 4K footage in ProRes 422.

Here are some closer looks at the HMQ30 in concept form back at CES 2012. 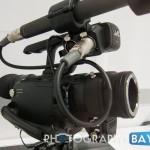 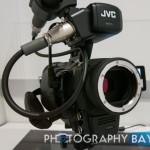 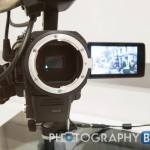 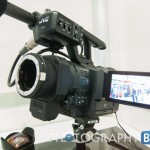 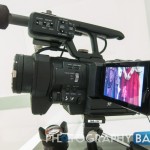 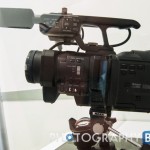 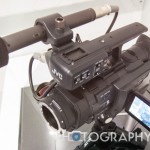 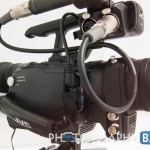 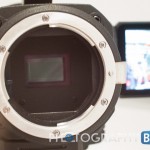