The new Fuji X-T1 is the latest X-Series interchangeable lens camera. Featuring a 16.3MP X-Trans CMOS II sensor and a fast AF of 0.08 seconds, the X-T1 ups the ante as the first weather resistant mirrorless camera in Fuji’s lineup. 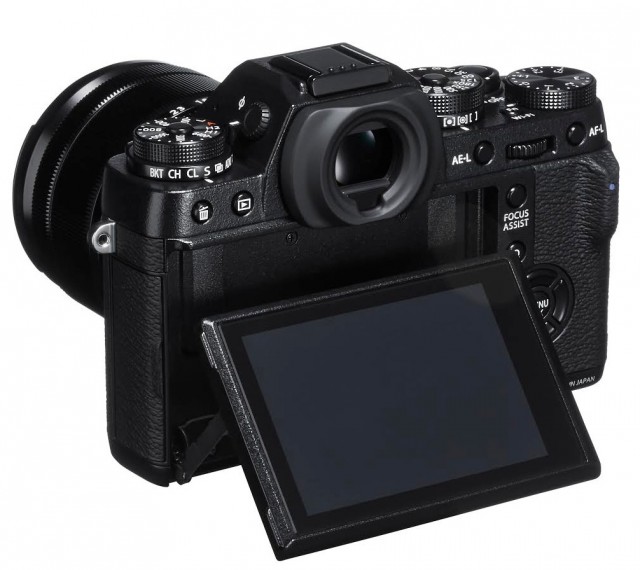 Keeping with the speed trend in the X-T1, it offers a up to 8fps with tracking AF and is compatible with the new SDXC UHS-II card standard, which should yield noticeably faster buffer clearance. 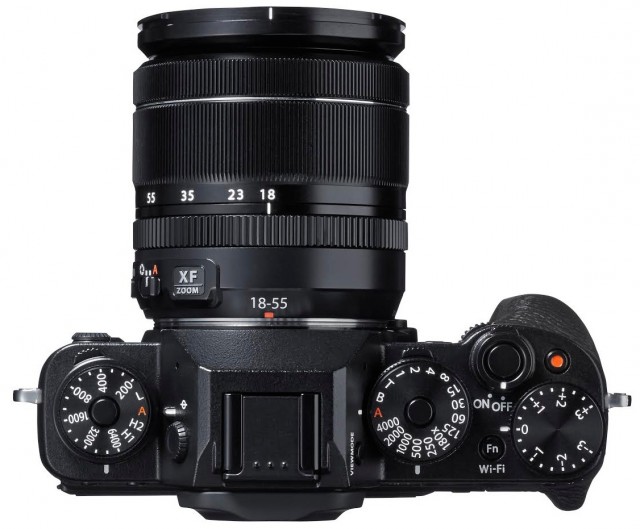 The X-T1 sports an OLED 2.36m-dot resolution EVF with a magnification of 0.77x (the world’s highest) and an impressive lag time of 0.005s. The OLED EVF has four display modes available to users. 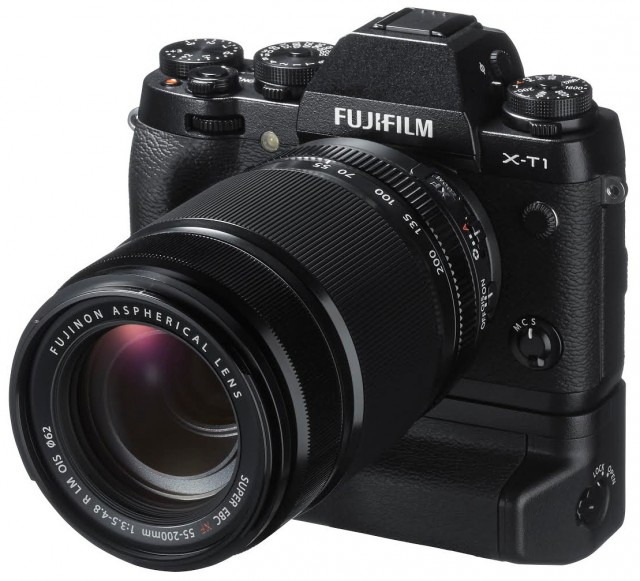 The FUJIFILM X-T1 now gives professional and enthusiast photographers the award-winning imaging power of the X-Series in a water, dust and temperature resistant body that braves outdoor challenges like never before.

The FUJIFILM X-T1 combines a unique wide-angle 2.36m dot resolution OLED view with the world’s highest magnification (0.77x) for a digital camera *2 and shortest display lag-time of just 0.005sec*3 to react as quickly as you need in any environment.

The OLED viewfinder also includes cutting-edge technology to bring users even closer to their subjects. The X-T1’s viewfinder uses a newly designed Graphic User Interface that provides an exciting shooting experience with clear details and a comfortable at-a-glance view of your settings.

The FUJIFILM X-T1 uses the award-wining EXR Processor II and X-Trans™ CMOS II sensor with built in phase detection that delivers an astonishing response time of just 0.08 seconds and a super-fast 0.5 second start-up time*5, along with a 0.05 second shutter time lag and a 0.5 second shooting interval*6.

The X-T1 can also shoot up to 8 frames per second*7 with tracking AF and is the first-ever CSC*8 to be compatible with SDXC UHS-II format memory cards for data writing speed (in Continuous Mode) that is approximately twice that of a conventional SD card.

The FUJIFILM X-T1 is the first weather-resistant X-Series CSC (when used with a weather-resistant lens) that performs in a wide range of challenging environments. The X-T1 uses more than 75 points of weather sealing, and the camera body is dust-resistant and water-resistant. The X-T1 is also freezeproof to -14°F for full-fledged field photography work, while the premium clear 3” LCD screen with 1.04 million dot resolution is made of tempered glass for additional outdoor protection.

With five mechanical dials on the top-plate, two command dials; one on the front and one on the rear, and six fully customizable function buttons, the FUJIFILM X-T1 feels and functions like a proper photographic tool in the hand. The top-plate includes two machined-aluminum double-deck dials for the shutter speed and metering, and the ISO sensitivity and drive modes, and each is designed to turn with a reassuring click, while their textured surfaces gives a firm confirmation when setting up a shot.

With their exposure values clearly marked, the X-T1’s settings can be checked at a glance without using the rear LCD and the dials are perfectly arranged so that functions can be changed without removing your eye from the viewfinder. The six customizable function buttons and two command-dials arranged on the front and rear complete the picture, ensuring instant setting satisfaction.

The optional vertical battery grip (VG-XT1) has the same hardy structure as the X-T1, so when added to the body, it is completely secured against the elements.

The FUJIFILM X-T1 uses the same FUJIFILM X-Mount as the X-Pro1, X-E2, X-E1, X-M1 and X-A1, and all FUJIFILM XF and XC lenses work with all X-Series interchangeable lens cameras.