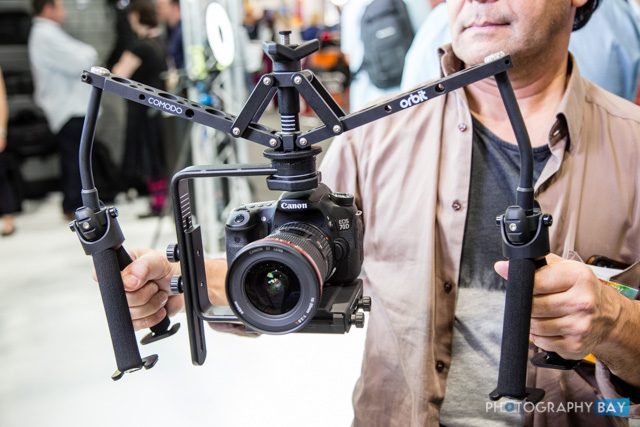 One of the cool things about going to trade shows is meeting the people who create products we use. And it’s a bonus when you catch them their first year off of a new product launch that we may or may not know where it’s going. The booths are smaller. The crowds aren’t quite as large. And, you can have some longer, uninterrupted conversations.

This year at NAB 2014, I caught up with Leonard Helmrich, the inventor of the Comodo Orbit.

Helmrich is known for his single-shot cinema techniques to create long and intimate camera moves that draw the viewer into his films. While he uses several techniques to achieve these shots, Helmrich invented the Comodo Orbit dual mechanical gimbal device when he was shooting his documentary Position Among the Stars in 2009. There are two patents pending on the device now for the dual gimbals and the dual handle arrangement. 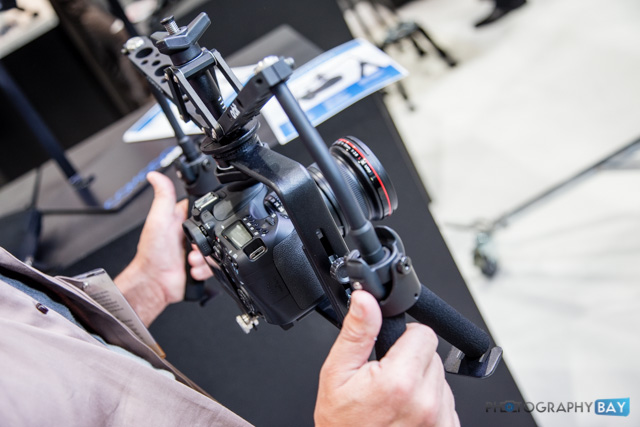 The Comodo Orbit is, to me, the logical extension of a Steadicam or Glidecam sort of product. With the Orbit, the operator is using two hands to hold and move the Comodo Orbit. Those who have used a Steadicam or Glidecam before know that it is a two-handed operation as (one hand holds the camera while the other hand “feathers” the gimbal axis). However, the difference is that the Orbit has a gimbal for each hand. As such, there is no tendency to for the level of the device to drift and create an unwanted angle in your footage. 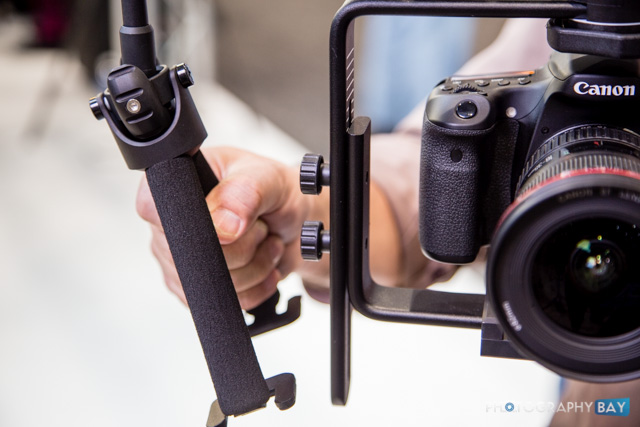 I have been intrigued by the Comodo Orbit since it was first announced. All of my initial guesses about how the Orbit worked turned out to be just about right.

The learning curve for operating the Orbit is much lower than a Steadicam or Glidecam. If you can hold the weight of the Orbit with a camera on-board, you will be able to operate it just fine. While it can handle up to 11 pounds, you probably wanting to keep your rig as light as possible because your forearms are going to experience some fatigue as you get accustomed to shooting with the Orbit. 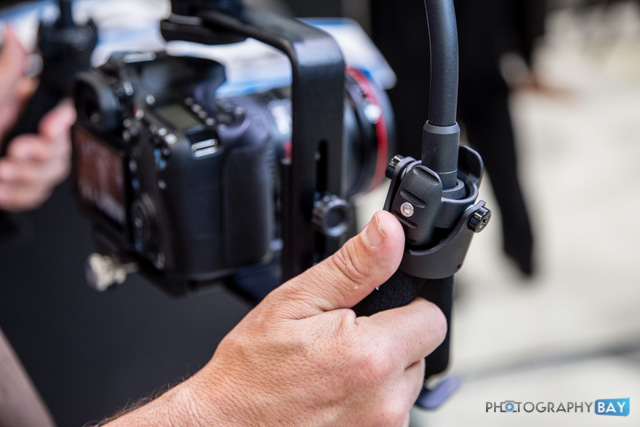 There is a bit of finesse that goes into working tilts while moving the Orbit; however, it is not overly complicated. While gripping the Orbit’s handles, your thumbs rest gently on the gimbal wheels above each handle. When you need to tilt up or down, your thumbs roll the wheels to affect the camera tilt. When combined with raising or lowering the Orbit, you get a polished, jib-looking shot.

The dual handle design also allows you to hand off the Orbit to a second operator to keep a continuous shot moving. I practiced hand offs with Helmrich and I was able to make a smooth transition after a few tries. I could definitely see this be a usable function of the Orbit. 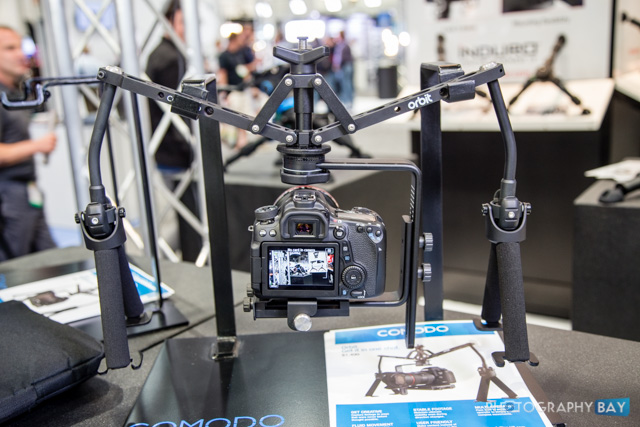 One of the criticisms I have for the Orbit is forearm and grip fatigue when using the device for long periods of time. I used it for just a few minutes and started feeling the burn in my forearms. As I mentioned in my initial coverage of the Orbit’s announcement, I think some kind of brace like the Glidecam forearm brace would serve Orbit users well since the idea of a vest and arm just seems impossible for the Orbit.

I told Helmrich my criticism, which he acknowledged as a legitimate concern. However, if you are taking adequate breaks in between takes, you can certainly get through a day of shooting. Of course, as you get more accustomed to using the device, your forearms will do so as well.

While I had the chance to operated the Comodo Orbit, I didn’t get to do a setup or teardown of the rig. According to Helmrich though, the process is much less involved than balancing a Steadicam or a Movi. Given that you have fewer axes to balance, this makes perfect sense.

While we have a trend started by the Freefly Movi with electronic gimbals, it’s nice to see other simple solutions available. At $1500, it’s necessarily a “cheap” piece of gear for everyone that shoots HDSLR video, but it’s certainly within the indie budget range – and particularly so when compared to the electronic gimbal options on the market now. Check it out here at B&H Photo.