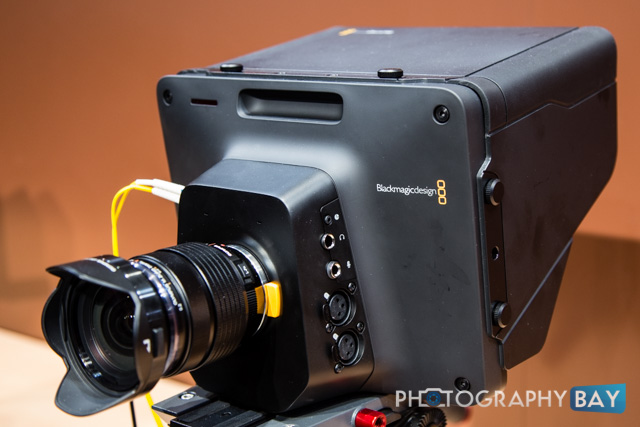 The new Blackmagic Design Studio Camera that was announced earlier this month at NAB 2014 is now in stock and shipping. This is the HD version that’s now in stock. Recall that there is also a 4K version in the pipeline.

The Blackmagic Studio Camera features a Micro Four Thirds lens mount and appears to have the same HD sensor as found in the Blackmagic Pocket Cinema Camera.

Check out the in stock HD version here at B&H Photo.