A couple of the more popular posts in recent months here on Photography Bay deal with reports and concerns about DJI Phantom users and their experience with flyaways. By “flyaway”, we are talking about when the user loses control of the DJI Phantom quadcopter and it is most often lost or heavily damaged as it heads off into an unanticipated direction.

Obviously, flyaways are a concern for DJI Phantom users, and to read the comment threads below Photography Bay’s articles or in our forum threads, you would think we have reached an epidemic status. The actual numbers of flyaways are unknown; however, I would speculate that we are still dealing with a small percentage of users. There are many users who have been using the product for years without a single flyaway.

That said, when a flyaway occurs, it is a significant loss to most users when you consider the cost of the equipment often exceeds $1000 for the DJI Phantom and the oft-equipped GoPro camera. And then, of course, there is the danger to people that is raised by a flyaway. A three pound object falling on someone’s head from a few hundred feet is certainly a risk of serious injury or death.

And then, there is DJI’s customer service. I have yet to hear a positive report about dealing with support from DJI. When I asked DJI about the flyaway problem, I got a rather dodgy response with no real acknowledgement that there was an actual problem with the equipment. However, in at least one video, Colin Guinn (prior to his departure from DJI) acknowledged an interference issue with the Phantom related to signal interference, which DJI now claims has been fixed via a firmware update.

Getting to the prevention methods though, realize that the DJI Phantom and similar products are precision, state-of-the-art tools that are not designed to simply plug in and go. There are specific procedures to follow in order for the quadcopter to fly properly. Follow these procedures and tips, and thoroughly read your manual, before taking flight in your Phantom.

Before you experienced users head to the comments to crucify me for posting these tips, I understand that there users who did everything by the book and still lost their Phantoms. It can happen and it is a risk when buying and flying a Phantom (or any other quadcopter for that matter). DJI does a whole lot of stuff wrong and there are plenty of customer service concepts that they just don’t get. That said, I can guarantee you that there are plenty of lost Phantoms that would have been saved if the users would have followed the proper procedures.

Below, I have highlighted and expounded on the main topics of Guinn’s video.

1. Make Sure the Compass is Calibrated

The DJI Phantom relies on a built-in compass for navigation. The Phantom is sold all over the world and it may not arrive with a compass calibrated to Magnetic North in your location.

The first thing you need to do when you get your Phantom is calibrate the compass. Do this in an open area away from power lines, cell towers and structures. 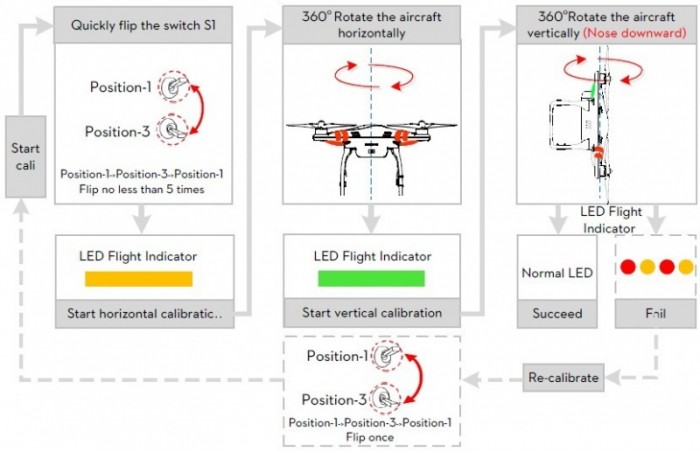 The compass is very sensitive to electromagnetic interference which causes abnormal compass data and leads to poor flight performance or even flight failure. Regular calibration of the compass enables the compass to perform at its optimal level.

Additionally, DJI notes that recalibration is required when any of the following occur:

2. Patience Prior to Takeoff; Set a Home Point

Let your Phantom sit on the ground for a minute or two before you take off. You want to wait until you see a blinking green light for 10-15 seconds. Your Phantom needs communication with six or more satellites for at least eight seconds before you take off in order to have a home point marked.

When you take off, you will see a rapid flash green light, which confirms the home point has been marked.

Setting a home point gives the Phantom a reference to return in case of an interruption in your control link.

Electromagnetic interference can cause problems with flight controls. Interestingly though, as Colin Guinn explains, radio interference on the 2.4Ghz band can take control of the Phantom and cause it to do unintended operations.

Reading between the lines, it seems like DJI believes this is the primary cause for previously unexplained flyaways. As Guinn notes, “This took us a while to figure out what was causing this, and how to fix it. And what we did is we actually adjusted it in firmware.”

The latest firmware updates have added another fail-safe to counteract these radio interference signals. If the Phantom gets a stronger outside signal telling it to go in a certain direction (other than a hover) and that signal isn’t changing at all for 10 seconds, the Phantom will assume the signal is interference from an outside signal and it will go into a hover. 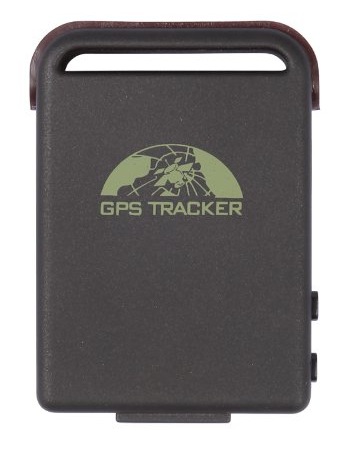 Here’s a bonus tip not included in the video… Use a GPS tracker that can send you a text message with your Phantom’s location if you encounter a flyaway.

I have details in a new article on how to set up and use a GPS tracker.

These are the bare minimum of things you should be doing to help ensure safe and reliable operation of your Phantom. As many users have noted, however, these may not be enough.

There are many radio signals floating around in our airwaves today and the DJI Phantom is a delicate tool that has demonstrated it can be compromised by radio interference. As impressive and powerful as it is, you can do everything right and still end up with a flyaway or a crashed quadcopter. If you aren’t willing to take at least some sort of risk, then buying a Phantom may not be the right thing for you.

For those willing to take a risk, the rewards can be astounding. Amazing photos and footage are being produced on a daily basis from DJI Phantom users.

Hopefully, this new genre of aerial photography that is just now available to the masses will continue to improve in the months and years to come. As new products provide higher levels of reliability and greater ease of use, we should see the market improve as DJI and its competition grows.

To all the Phantom pilots, good luck and safe flying.