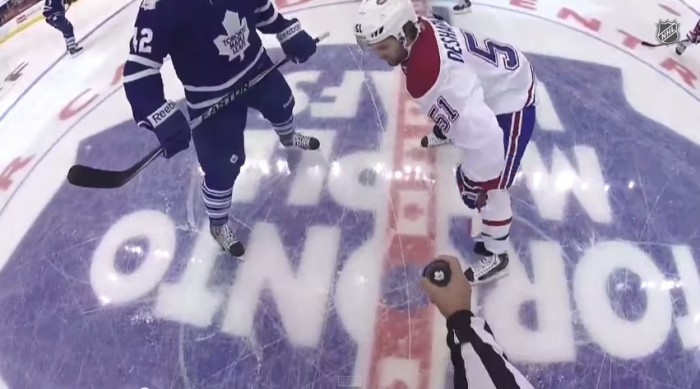 The NHL and GoPro recently entered into an agreement to use GoPro cameras to show TV viewers what it looks like from a hockey player’s point of view.

The deal is the start of something that could be very cool for sports programming. For now, it looks like the footage is limited to what was capture by GoPro cameras mounted on NHL players during a recent media tour.

That footage will be used for NHL promos and can also be used by broadcasters during games to give fans a perspective of what a particular scenario looks like to a player. Both GoPro and NHL have access to the footage for promo purposes. GoPro will feature the footage on its YouTube channel, while the NHL will feature the POV footage on the NHL Network.

The potential for a change to the way the sport is viewed is exciting. We’re not going to see players wearing GoPro cameras during games just yet, which is likely due to the brutal hits that players experience during games and the bulky helmet mounts required to attach the cameras. 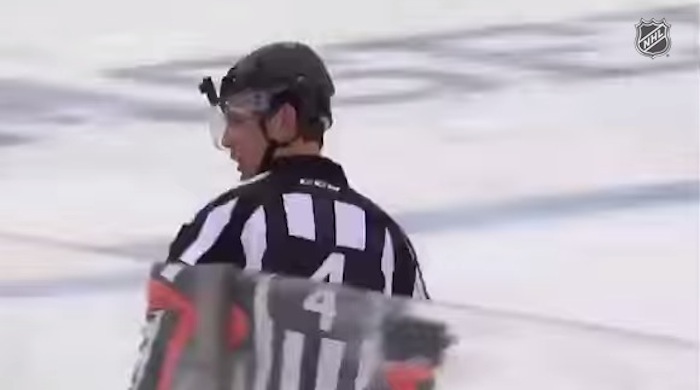 However, we are seeing refs wearing GoPro and other POV cameras during games for some very slick camera angles. Check out this footage from a GoPro camera mounted on a ref’s helmet from early 2014.

Looking closely at the ref’s helmet camera in that last video, however, it does not appear to be a GoPro. Additionally, it looks like there is also a some sort of transmitter mounted on the ref’s helmet for broadcasting live footage from the ice. 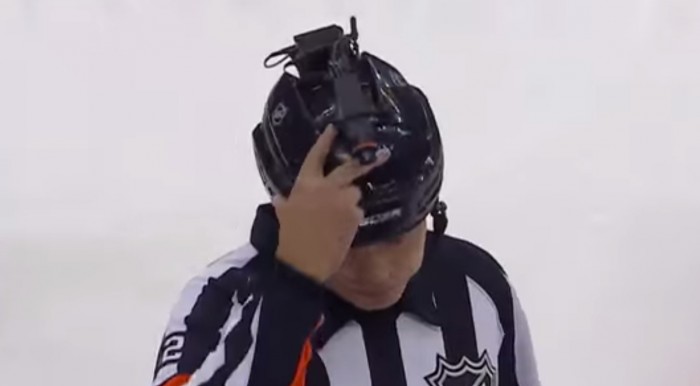 I think live POV footage has the potential to shake up the sports broadcasting look and feel in a way we haven’t seen since the fly-by-wire Skycam we are now so accustomed to seeing on football games.

I can see a deeper experience in hockey as well as football by cutting to the ref’s camera for an instant replay. We see controversial calls every weekend during football season and to be able to show what the ref was looking at will give fans a better perspective (no pun intended) of the game.

The hump to get past in all of the sports is the size and form of the mounted camera. While the GoPro is compact, it is still to clunky to attach to players’ helmets in contact sports.

I can see a day when GoPro or another POV camera maker incorporates their camera into the design of helmet so that the camera and wireless transmitter are seamlessly integrated into the design. We have both the parts available independently, as seen in the last ref cam video above. Now, we’re just waiting on someone to put all the pieces together – and GoPro may have just taken the first step.