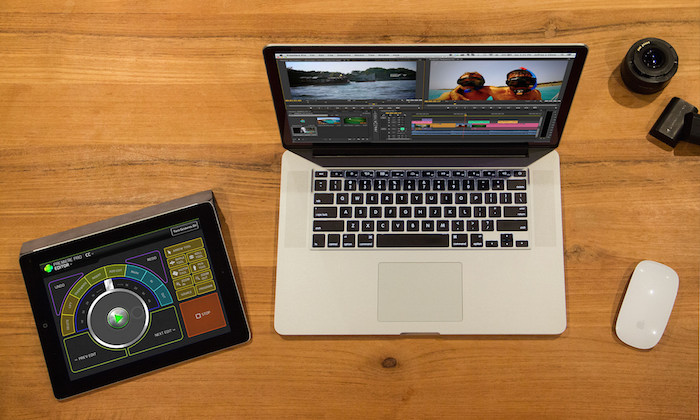 It is a very well designed app that allows your iPad to connect via Bluetooth to your Mac or Windows machine and serve as a control surface, complete with a jog wheel.

The app itself is free on the iTunes App Store. The real power, however, comes from control and edit modules available as in-app purchases. A Controller module for Quicktime is included for free with the app. 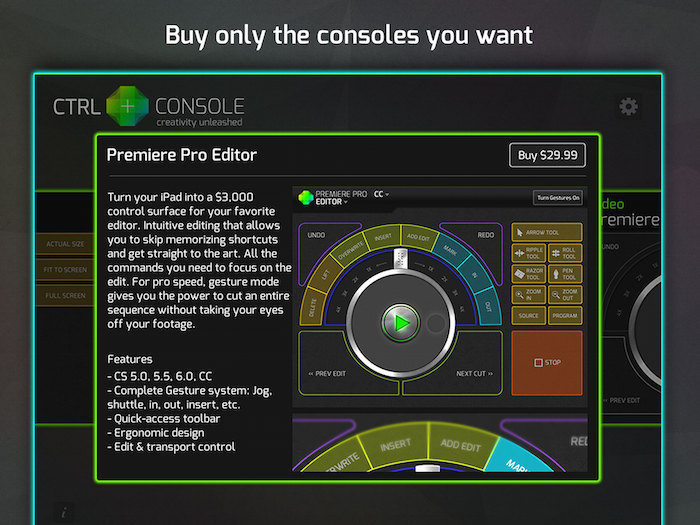 If you want to use it while editing video, you can purchase modules for Premiere Pro or Final Cut Pro X. There are “Controller” modules that give you access to buttons for play, scrubbing forward or reverse, next and previous edits, undo, redo and the biggest feature (in my opinion) a jog wheel. 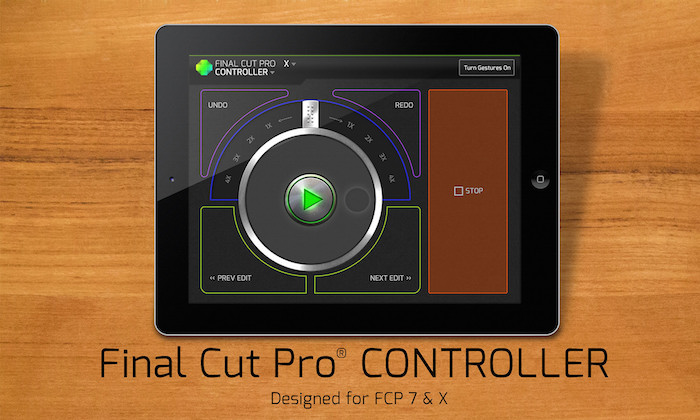 The “Editor” module adds options for common NLE actions like – delete, lift, overwrite, insert, add edit, add marker, mark in and mark out points. Additionally, there is a tool palette for simply tapping to switch to various tools and toggling between source and timeline. 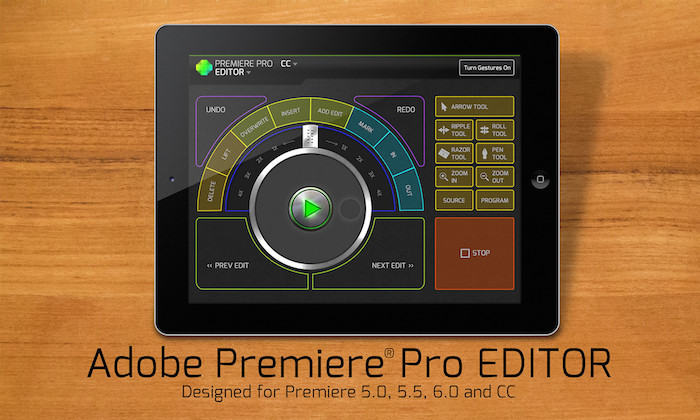 I was immediately impressed by the responsiveness of the app and was able to jump right into an edit on a Premiere timeline. I breezed through insert and overwrite edits straight from the app from the source monitor through the entire sequence on my initial rough cut.

The jog dial made the button interface worth using. I’m pretty fast with just keyboard shortcuts in Premiere as is, so using the control surface, while still quick and intuitive, was a a little slower of an edit for me. The accuracy of the jog wheel, however, was a big plus that almost makes the app worthwhile on its own.

However, the buttons aren’t the only way to interact with your timeline and source footage with the CTRL+Console app. It also has gesture controls, which allows you to swipe up, down, left and right with one, two or three fingers for basically all the editing controls that are available in the app as well.

The gesture controls are some something that I may very well end up spending the time and repetitions to learn. Having gestures available would allow you to focus completely on the screen with no need to look at your iPad to see where you are tapping. 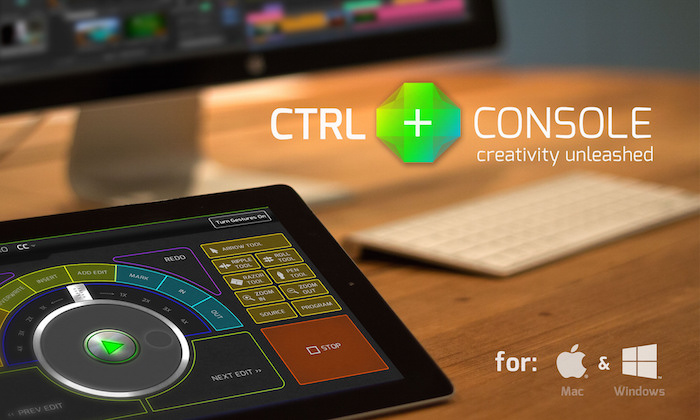 The lack of a tactile surface is the biggest drawback to using the button interface. The other downside is positioning the iPad in a manner where there is no glare on the screen and it is in a comfortable position on your workspace. If you learn and use the gesture controls, however, these downsides are going to go away.

The Editor modules for Premiere Pro and Final Cut Pro are $29.99, while the Controller modules are only $4.99 each. You can find the app here in the iTunes App Store.

Also interesting for photographers are Lightroom Developer and Sorter modules slated for future release on the CTRL+Console app. I’ll keep my eyes peeled for whenever those go live and pass that along to you guys.