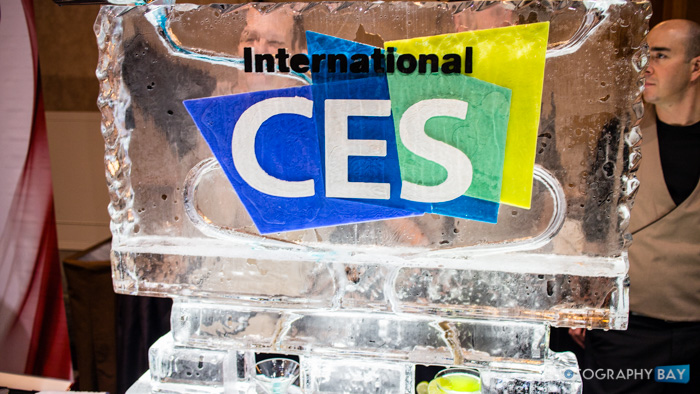 Holy cow! 2014 blew right by us. There were so many great new cameras and photo gear accessories released in 2014. Just a couple that stick out are the Sony A7S and Panasonic GH4, which were the first two real 4K-capable prosumer cameras to hit the market. Then Panasonic stepped up the 4K game with the pocketable LX100 and the superzoom FZ1000. 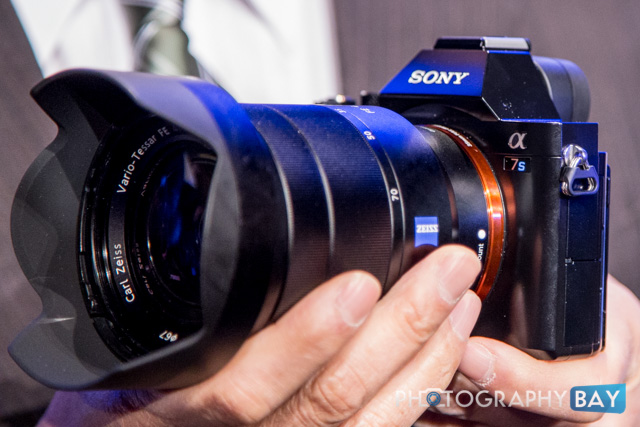 Sony and Panasonic are probably the top two manufacturers to watch at CES 2015. There is something about looking up to the top of the market from below that pushes companies to take chances and make aggressive product moves. Sony and Panasonic have been pushing all kinds of boundaries in recent years and it is starting to show in the makeup of the market now.

I expect to see more 4K products from both companies at CES and throughout the rest of 2015. I am sure Sony’s booth will be all about capture, delivery and display of 4K content since Sony has its hands in every aspect of the 4K market. 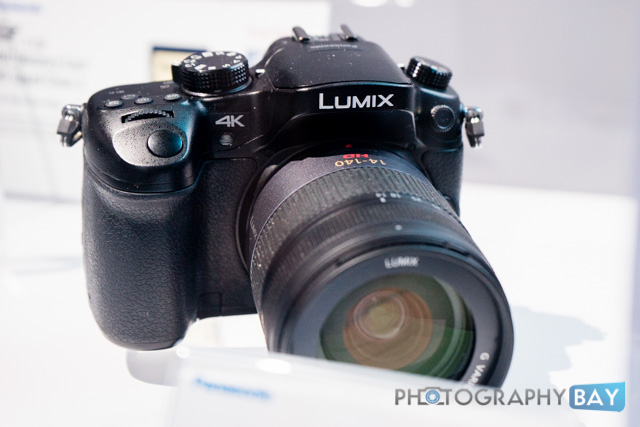 Camcorders should be a big part of Sony and Panasonic’s 4K products; however, I also expect to see some more 4K pocket cameras and prosumer models. Maybe even a RX100-style model that shoots 4K XAVC-S video? 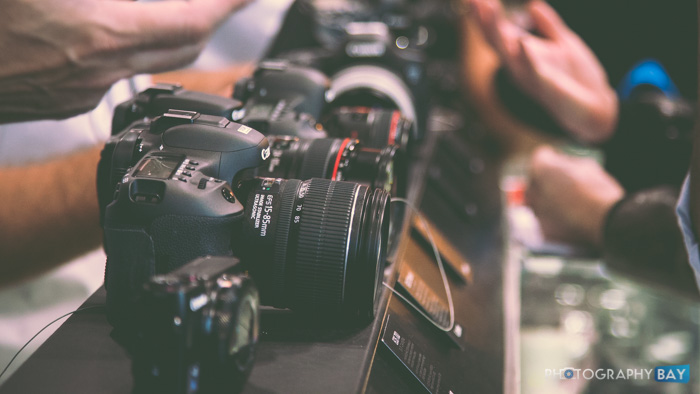 Canon finally stepped into the 1″ sensor game this year with the G7 X, albeit using a Sony image sensor inside. It’s going to be interesting to see where Canon goes with sensors in 2015 and CES may be the first hint at what we’ll see from Canon in the future.

Canon also delivered a major new DSLR model with the 7D Mark II. Although it has been partially criticized for lack of significant updates to the specs, those who have used it attest to the pro-level quality of the camera and its images. I’m working on a review of it right now and have to say that I agree with all the early reports I’ve read about it. It’s not flashy 4K and high MP stills, but it is a significant improvement over the original 7D in every other aspect.

Other than consumer compact cameras and maybe an upgrade or replacement for Canon’s G1 X line, I really don’t expect a big wow factor from Canon at CES. The only 4K product I could see launching at CES would be a consumer camcorder – but I suspect most of the features prosumers would be interested in would be left out. If Canon happened to put 4K video in a prosumer stills camera, expect a heavy dose of crippling in the firmware. 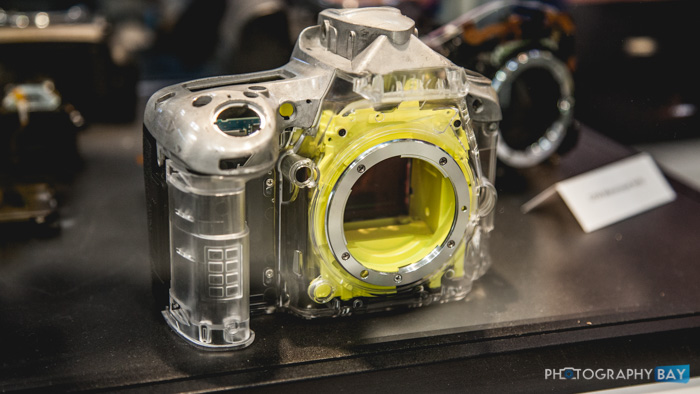 Nikon also introduced a mid-level DSLR – the D750, but really failed to wow us with the rest of its new products. The D810, introduced in June, is an absolutely impressive and high-quality camera; however, it is only a mild upgrade to the D800 and D800E. And Nikon’s attempt to push the D810 toward the pro video crowd with the D810 filmmaker’s kit was underwhelming.

Nikon could stand to become more of a force in the video market; however, it will really have to change its approach to the market. Nikon has had a good stance of not crippling its DSLR products by including features like clean HDMI output, headphones and mic ports on its cameras; however, it lags behind on other features that make the camera more attractive to consumers.

Nikon really needs a DSLR or APS-C mirrorless camera that can deliver excellent video autofocus. Canon has set a new standard with its Dual Pixel AF and will leave Nikon behind as Canon integrates this feature on lower-tier models – particularly in the Canon Rebel line. Nikon also needs to work out the aperture adjustment issue in video / live view for its incoming low-end DSLRs as well. 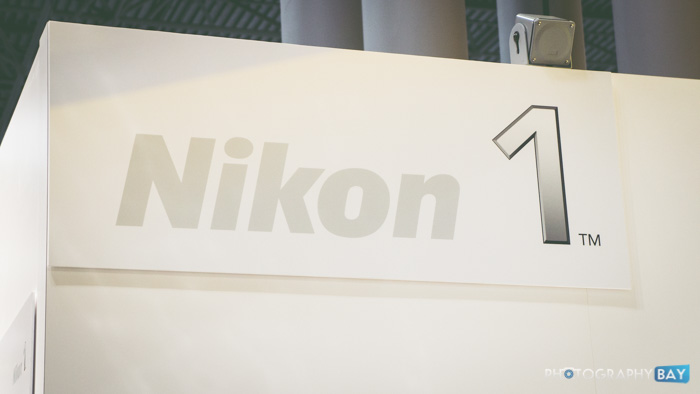 I think the biggest opportunity to grow for Nikon is not in the DSLR market, but in the mirrorless market – and I don’t mean the 1 Series. I know there are fans of the 1 Series; however, I don’t think the potential is the same as what Nikon would find in an APS-C mirrorless camera.

It seems like both Canon and Nikon are afraid of eating into their own respective DSLR markets. I don’t understand why no one at Canon and Nikon seems to acknowledge that Sony, Panasonic, Samsung, Olympus and Fuji are already eating into their DSLR markets. If Nikon were to announce a new APS-C series mirrorless camera system at CES or any other time during 2015, it would be some of the biggest news of the year. 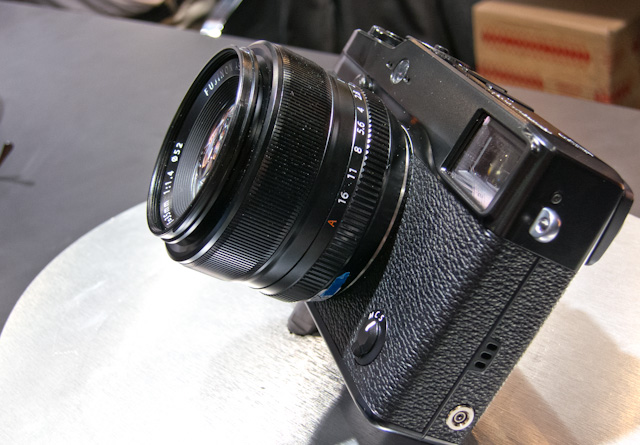 The Fuji X-Pro1 was released three years ago at CES 2012. It was a big, dang deal at the time. Rumors of the X-Pro2 have been circulating for well over a year now and have grown more frequent and consistent in recent months. If Fuji released the X-Pro2 at CES 2015, it would be some of the biggest photo news to come out of the show.

Samsung sort of stuck its foot in its mouth back in 2010 when it said that it was aiming for 50% share of the mirrorless camera market that year. While that didn’t pan out, Samsung stayed true to the course as it has continually built out its NX line, the culmination of which resulted in this year’s fabulous Samsung NX1.

The NX1 is an impressive and speedy mirrorless camera – offer a 28MP APS-C sensor, 4K video capture and a insane 15fps still frame capture; all for a very reasonable $1500.

Look for Samsung to drop more consumer models at CES 2015, including the NX400 (as a successor to the NX300) to be equipped with the high-res sensor and 4K capture found in the NX1 but with other pro ergonomics and features left off.

It will also be interesting to see what Samsung does in the mobile space and whether it takes another shot at the Galaxy Camera format. Samsung really hasn’t had a hit with the mobile connected camera; however, there is a lot of potential in this market segment if someone can really put all of the pieces together. 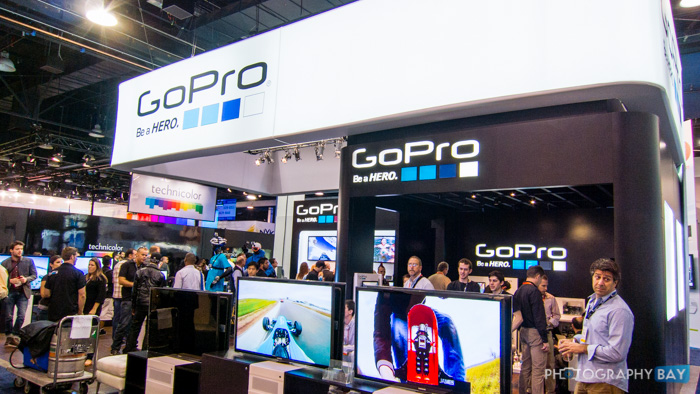 GoPro just announced the new HERO4 line back in October, so don’t expect any major updates on their camera front at CES. Generally, GoPro’s news is fairly quiet at CES. Although, the GoPro booth is insanely loud and frequently receives complaints from other vendors due to the ruckus caused during the daily giveaways of GoPro gear. To see what I mean, just watch this video.

Late last month, we learned that GoPro is developing its own drone to compete with DJI and others in the quadcopter camera race. The rumors suggest that GoPro would release it closer to the end of 2015, which is why I don’t expect to see anything about it at CES 2015. That said, GoPro’s new status as a public company could possibly change up its standard calendar of releasing new gear in early October to at least drop some tease or basic info about the upcoming GoPro drone (GoDrone?) at CES. 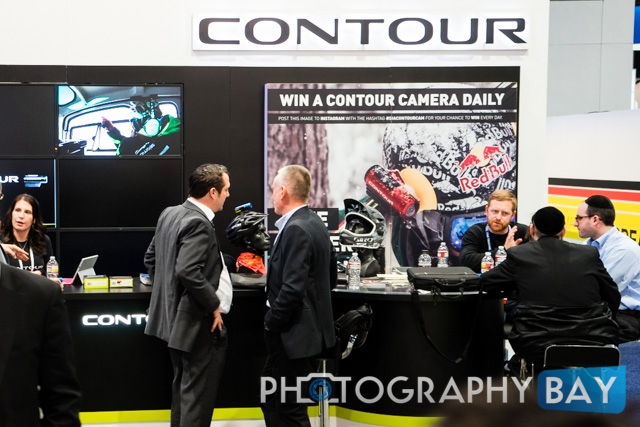 There will also be plenty more action camera imitators at CES; however, GoPro has seen no real threat at being unseated as the king of action cameras. I suspect this will stay the case this year as well. There are other great alternatives out there; however, there has been no one to come along and truly shake up the market that GoPro built. I’ll be on the look out for any serious players out there that could give GoPro a run for its money. The HERO4 is a lot to live up to though.

Mobile devices and accessories are a dime a dozen. This year will be no different. You can’t make it through an exhibit hall at CES without nearly stepping on iPhone cases. Every vendor has the same stupid pitch about what separates their case from the other guys. 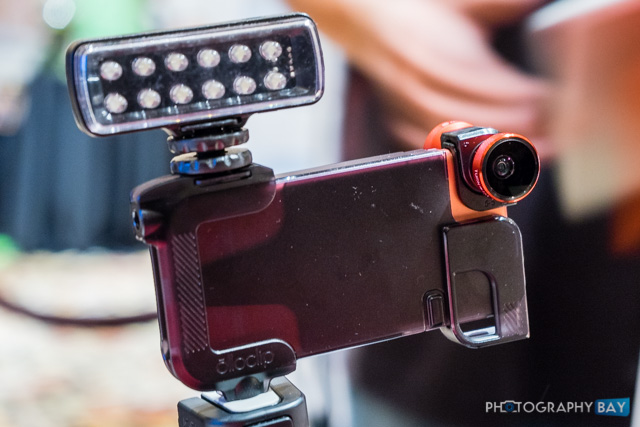 The good news is, however, that there are generally a few great gems to come out of the vomit of iPhone accessories that litter CES. In the past we’ve seen great products from Rode for audio recording, some innovative camera lens options and remote camera controls, among others. 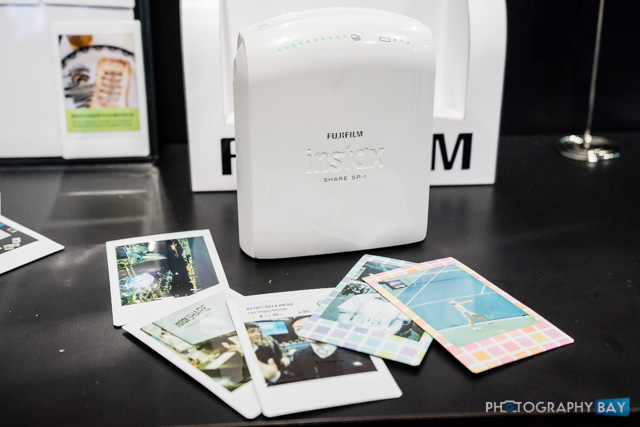 Mobile printing still has a way to go, although there are a few attractive options out there. Mobile app connectivity among cameras and phones needs a lot of improvement – particularly in the setup and connection processes. There are plenty other areas of innovation that are ripe for the picking among developers and manufacturers. I’m looking forward to seeing something in the mobile arena that offers a pleasant surprise and fresh take on iPhoneography. 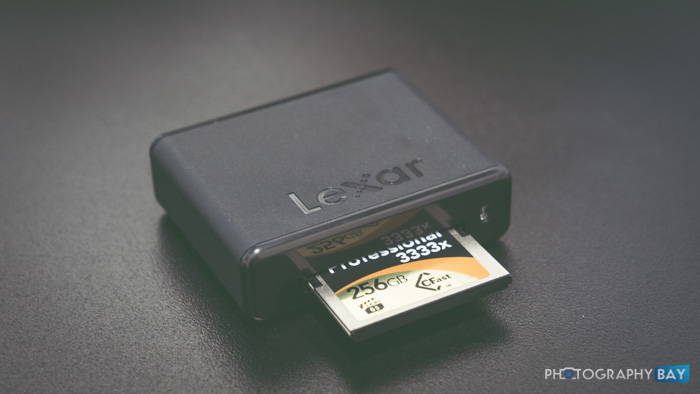 There are always some great developments of storage solutions revealed at CES. Generally, we’ll see memory cards get speed and storage bumps. Last year, we saw UHS-I Speed Class 3 SD cards ushered in thanks to the need to record 4K video to internal memory. CF cards are still being used in most pro and advanced DSLRs now – even though we have a couple of next-gen formats that offer clear advantages. Hopefully, we’ll see more manufacturers making use of CFast 2.0 and XQD cards in their cameras soon. I just don’t know that CES is the right show for it. 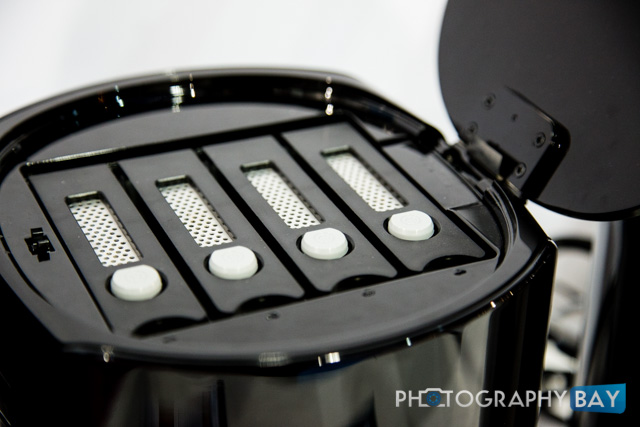 Aside from the memory card options, we should see plenty of developments in the latest and greatest external storage options, including new Thunderbolt and USB 3.0 drives and arrays from WD, LaCie, G-Technology and more. As SSD prices continue to drop, I’ll be looking for them to be incorporated into larger external storage options for faster performance with our growing image and video resolutions. 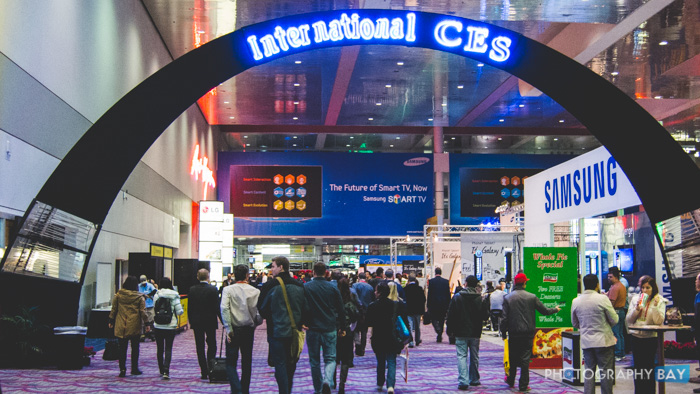 While I will have plenty news on the home page throughout the show, you can also follow Photography Bay on Instagram and Twitter for more random and up-to-the-minute findings around CES. If you want to make sure you don’t miss anything at CES 2015, subscribe to our RSS feed via a reader or for email delivery for new content notifications as they post.

You can also subscribe to Photography Bay’s newsletter for weekly recaps of everything that happens at CES, as well as weekly updates in the Photography world for the rest of the year. Just enter your email address in the form below and click submit.

That’s all for now. Stick around for some cool photo stuff as we build up to CES next week. 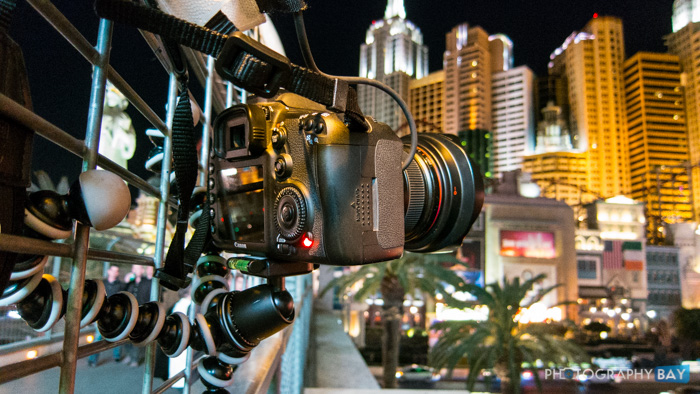