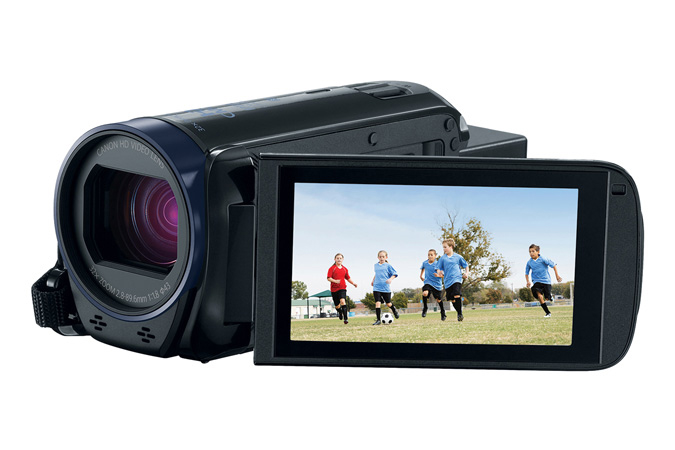 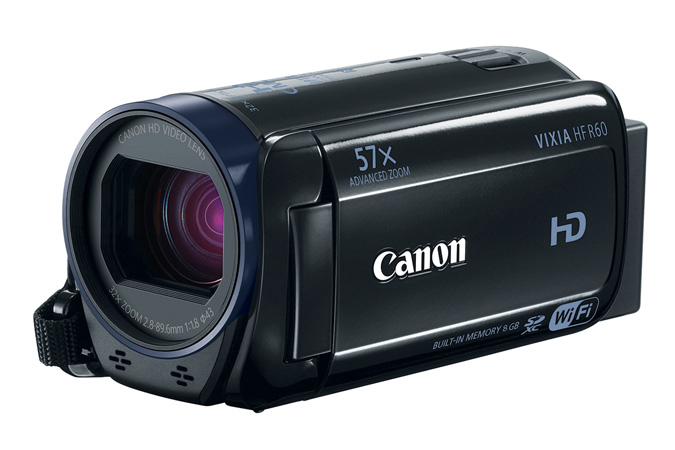 The new Camera Pan Table CT-V1 base accessory can be attached to the bottom of both the VIXIA HF R62 and R60 models for remote operation from a smartphone app. Canon touts this as a possibility for security or baby monitoring. 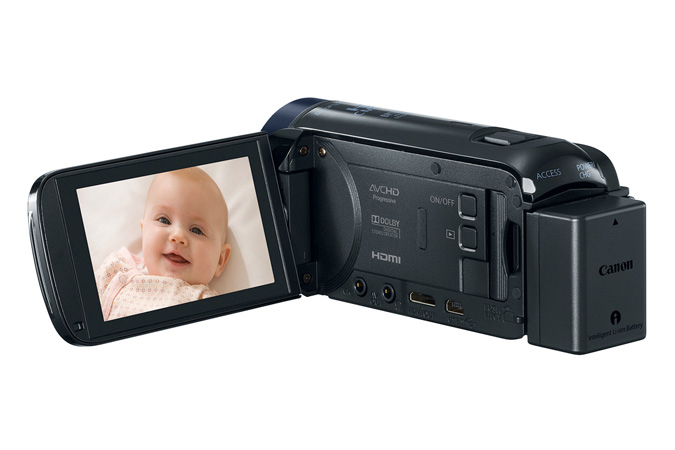 “For those who do not want to compromise on video quality, the Canon VIXIA line of camcorders is known for providing high-quality video, easy-to-use features and the optical and imaging technologies needed to create videos to be proud of,” said Yuichi Ishizuka, President and COO, Canon U.S.A., Inc. “Now, by adding NFCi capabilities to two VIXIA models, Canon is providing video enthusiasts with the tools they need to make recording and sharing their priceless memories easier than ever.”

Users have several options for storing their cherished memories when shooting with the Canon VIXIA HF r-Series camcorders. The VIXIA HF R62 camcorder can record up to 12 hours of video to a 32GB internal memory and the VIXIA HF R60 camcorder can record up-to three hours of video to an 8GB internal memory. In addition, all three of the new VIXIA HF R-series camcorders allow users to record to a removable SD, SDHC or SDXC memory card. Shooters can capture high-quality, sharp, 1080/60p imagery of moving subjects when recording in either MP4 (35 Mbps) or AVCHD Progressive (28 Mbps). When using the Dual Recording mode, users can record movies simultaneously in both MP4 and AVCHD Progressive, while the built-in down conversion feature creates MP4 files for easy sharing on the web to popular social networking sites.

Featuring built-in Wi-Fi and NFC capabilities, the VIXIA HF R62 and VIXIA HF R60 camcorders expand shooting options for filming important moments while simultaneously providing remote monitoring capabilities. Utilizing Wi-Fi and the free Canon CameraAccess Plus appii, users can easily share recorded video or live stream remotely from a compatible Android or iOS device that allows the user to control certain camera functions like record and zooming. The optional Camera Pan Table CT-V1 base accessory can be attached to the bottom of both the VIXIA HF R62 camcorder and VIXIA HF R60 camcorder, allowing the products to act as baby monitors or security cameras. While using the Canon CameraAccess Plus app and Pan Table base together, users can rotate the camcorder left to right up to 200 degrees. The Pan Table can also be manually adjusted up or down for a tilt up to ± 20 degrees.

With the free Canon Movie Uploader appiii, sharing videos with family and friends is easy. Available on the iOS platform, this app allows users to send video directly to a compatible smartphone or tablet for online sharing. For Android devices, the free Remote Browseiii app allows users to preview or download files to a compatible smartphone, tablet, or PC when using a web browser. Once both devices are wirelessly connected, users can download or instantly playback their videos without the need for an application or other software.

The Framing Assist function featured on all three models provide users with the ability to readjust the zoom magnification to reacquire the subject after losing sight of it at extreme magnification – a useful tool for those recording a child’s activities such as a football game or piano recital. All three models also have a three-inch capacitive touch panel LCD that allows users to quickly switch between settings without impacting their ability to capture their desired images and video. Slow and fast motion recording is a fun feature that gives videos a professional look. Fast motion can be shot at up to 1,200x and slow motion down to 1/2x. In addition, the File Lock Function on all three models helps safeguard against mistakenly deleting files from the camcorder.

For more creative videos, these camcorders allow users to customize their video by selecting from seven Cinema Look filter effects which can be applied during or after filming. Additionally, while in Audio Scene Select mode, users can select from eight predetermined audio modes that adjust and optimize audio settings based on the shooting conditions. The built-in microphone/headphone terminal provides users with the flexibility to record using an auxiliary microphone or listen to what they’re recording with headphones.