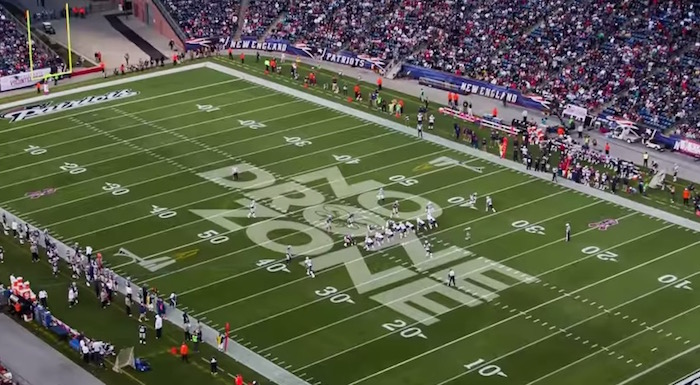 While it may seem a no-brainer to withhold flying a drone at or around the stadium, the normal TFR distance is a 3-mile radius of the stadium. For Super Bowl XLIX, however, the restricted area is actually a 30-mile radius! 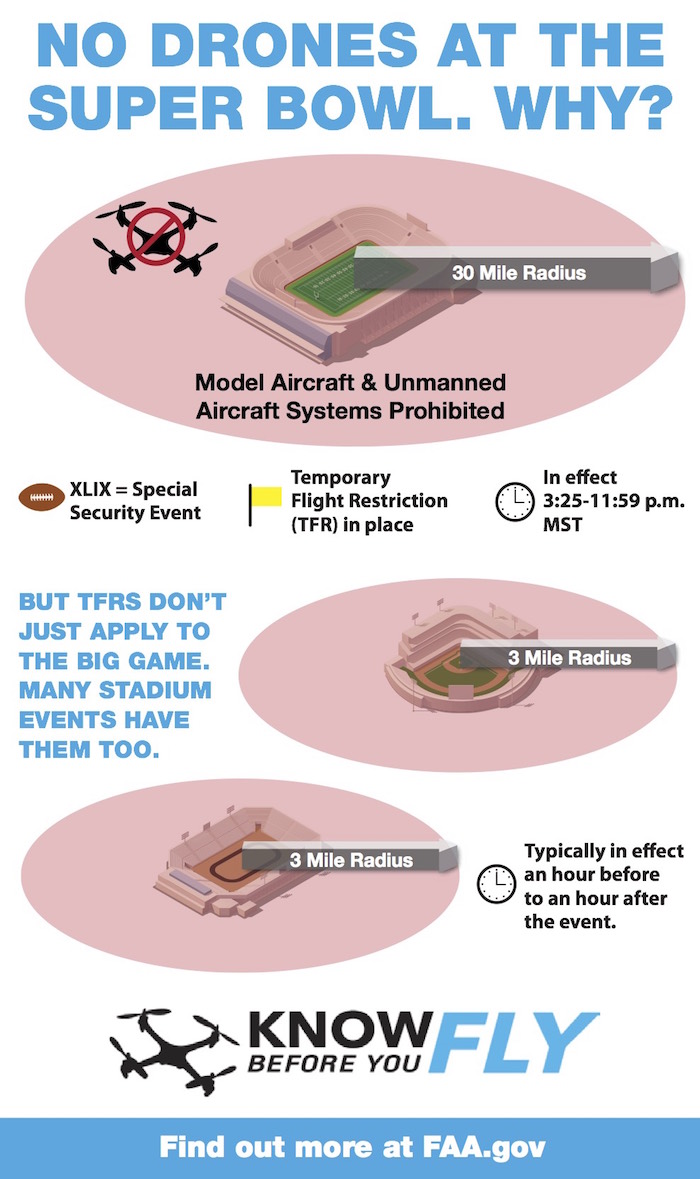 So just how much of Phoenix does that 30-mile radius cover? All of it and a good bit of desert too. 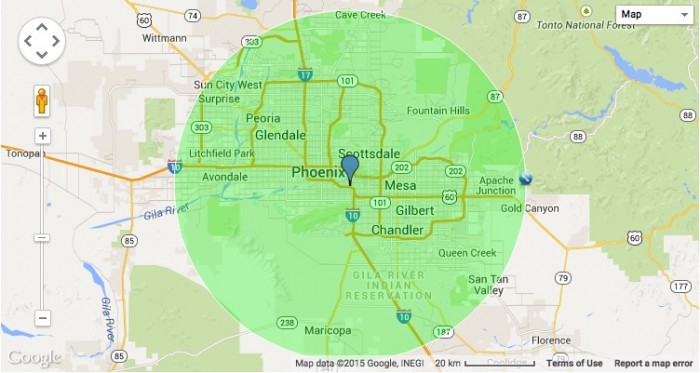 So if you happen to be out in the middle of nowhere in the desert north of Phoenix, flying a small DJI Phantom or any other hobby aircraft is illegal on the day of the Super Bowl. 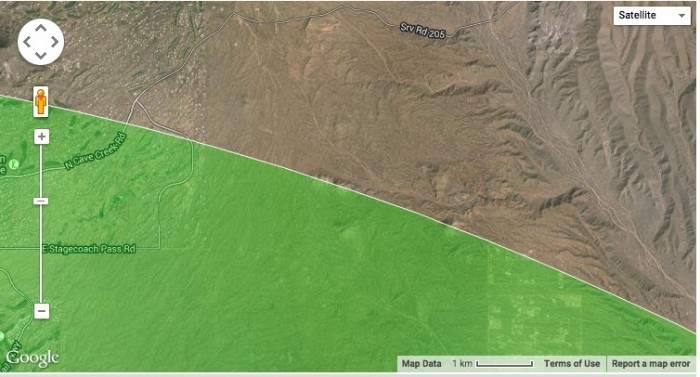 That seems just a little overkill FAA. I can appreciate precautionary measures and maybe a buffer of a little more than 3-miles makes sense because of the greater-than-normal event congestion, but 30-miles is simply nonsense.

More common sense lessons from the FAA in the “Know Before You Fly” video below, which compares the max weight of legal drones to Ralph, the world’s largest bunny, and the maximum altitude of hobby aircraft to the height of the Great Pyramid of Giza.

Way to put our tax dollars to use FAA…