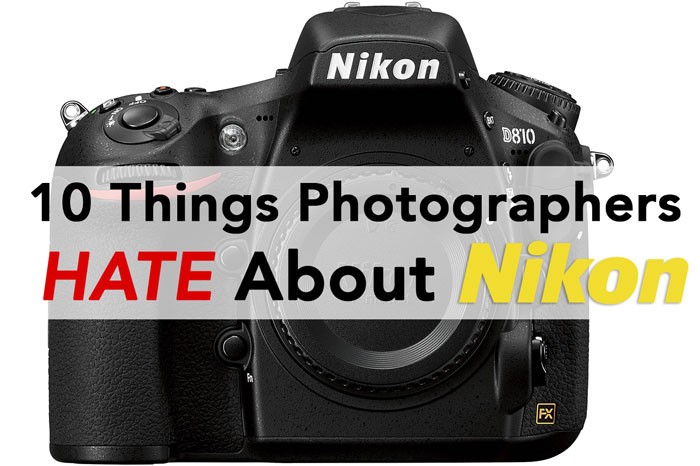 We had a healthy little debate after I published 10 Things Canon Shooters Hate About Canon. Some of you agreed and some disagreed. In some cases, vehemently on either side.

As I said in the Canon post though, there are many great things about Canon. The same is true about Nikon. Great products. Great images. And a very avid user base of photographers.

Unfortunately, there are things that irritate many of us when it comes to what Nikon is doing. Without further ado, here are 10 things photographers hate about Nikon.

1. Too Many Recalls & Product Advisories

If there is one thing that Nikon has royally whiffed on, it is the sub-par quality control on many recent DSLRs that it has shipped. The Nikon D600 was a complete mess in not only the underlying defect but also in the way Nikon handled the entire situation. After a class action lawsuit was filed, Nikon finally admitted the problem and agreed to replace the defective cameras. In the mean time, it had to launch the Nikon D610 that was simply a Nikon D600 with a working shutter mechanism.

We also saw quality control issues with the D800’s AF system and, most recently, the Nikon D750 and its defective lens flare phenomenon have further smeared the trust that Nikon’s faithful have given through their $2000+ camera purchases.

With every new product launch, it is almost like we’re waiting for the inevitable flaw to be unveiled. That’s not a good feeling if you are a Nikon shooter.

Additionally, many of the same points and comparisons we made with Canon and third-party manufacturers applies equally to Nikon. As new models are introduced, the prices are significantly higher than the preceding model. All the while, Sigma, Tamron, Tokina and other manufacturers are offering lenses that compete in quality at lower prices.

3. Nikon Lags Behind in Video Features/Accessibility

Sure, Nikon has been aggressive in marketing the video capabilities of its cameras. But it just isn’t enough to break the mold.

For so long, we couldn’t change the aperture lenses while in video mode. That was a big downer. Nikon is starting to come around; however, unless you own a recent model, you still feel this limitation.

Nikon has tried to package the D810 and D750 together with video accessories in a Filmmaker’s Kit. Again, the marketing is nice but the practicality is a little underwhelming. See my additional thoughts in the Nikon D810 Filmmaker’s Kit Review.

Nikon doesn’t have a community equal to Canon’s Magic Lantern community. Sure, that’s unofficial on Canon’s end, but the effect of it on Canon shooters is very real. The support for video image profiles and picture styles just isn’t as developed on Nikon’s end either. Early in the Canon HDSLR days, we saw Technicolor rushing to aid of Canon with the CineStyle picture profile, which further legitimized Canon’s seat at the filmmaker table.

Canon has gone on to create an entire system based around the EF mount and DSLR framework, but optimized for filmmaking purposes. Nikon seems rooted in the HDSLR enthusiast movement without much enthusiasm toward the system as a whole.

4. Niche Products are Too Niche

The Nikon Df? By all reports a solid camera. It has some true fans. It is hardly knocking it out of the park though. The camera is pretty to look at but it just doesn’t justify the price admission for most who take a first glance at it. Cut the $3000 price tag in half and people are jumping all over it. However, it just seems a little excessive for what it is.

The Nikon Coolpix A is a nice concept. Fuji did well with a similar thought in the Fuji X100 line. The difference? Better execution on a good idea. What is the Coolpix A up to now? It’s discontinued.

Some Nikon shooters may very well revolt over this entry in the list; however, it is a known pain point for other photographers who pick up a Nikon and try to focus manually or zoom. The focus and lens rings turn the opposite way on Nikon lenses than most other lenses. Adding third-party lenses to your kit can really thrown you into fits.

This complaint has picked up even more steam in recent years since the HDSLR revolution hit and traditional video shooters have attempted to integrate Nikon cameras and lenses into their kits. It is mind-numbing and near impossible to work a follow focus on a Nikon lens if you have come up pulling focus on traditional cinema lenses.

Given that this is embedded into the very fiber of the Nikon F system, there is little chance that this will ever change.

6. Lack of a Meaningful Mirrorless Camera/System

The Nikon 1 system is handy little system of cameras and lenses but really serves no threat to converting a DSLR user to a mirrorless system. The tradeoff from a full frame or APS-C system to the small 1″ sensor in the Nikon 1 is just too great. The quality is simply never going to match up.

While the Nikon 1 system is good enough for some, it doesn’t stand a chance to complete with the image quality from Sony’s mirrorless full frame and APS-C cameras, Fuji’s APS-C cameras or any of the Micro Four Thirds offerings from Olympus and Panasonic.

Nikon may not want to cannibalize its own entry-level DSLRs, which is understandable. However, Sony, Panasonic, Fuji and Olympus have no problem doing that for Nikon. How Nikon and Canon are both still blind to the enthusiast mirrorless market is beyond me.

This piggybacks on number 3, but is a big enough deal to be its own gripe. I spoke about the Nikon D810 and D750 Filmmaker’s Kits and the lack of dedicated video lenses is the chief complaint with the kit.

Nikon sells and markets its cameras as capable filmmaking tools but does not sell a single lens dedicated for video use. Canon is building an entire line with its Cinema EOS lenses.

The good news is that several third-party manufacturers offer dedicated lenses for video use with proper gearing for aperture and focus pulling. If Samyang/Rokinon and Zeiss can build lenses for Nikon cameras, why can’t Nikon build its own?

Nikon does a fantastic job on the external controls of its DSLR – particularly so on the higher-end models. The menu system? Not so much. The incessant vertical scrolling is not efficient and can be quite confusing. The paginated horizontal flow of Canon and more recent Sony models is simply faster and more intuitive.

9. Wireless Connectivity Should be Standard 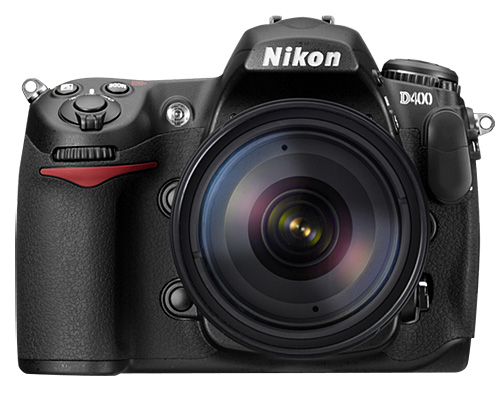 I don’t know that there has been more grief given about the lack of a true successor to the Nikon D300s than any other camera in recent years. Nikon shooters clearly want a Nikon D400, so why OH WHY is Nikon not selling this camera yet?

What did I miss?

I am very aware that Nikon does many things right – and some of those things are what Canon gets wrong. But what can Nikon do better that I missed in this list?

Fire away in the comments below.