The DJI Phantom combined with a GoPro HERO4 Black shooting 120fps HD footage looks pretty sweet. But what happens when you need to carry a 30 pound payload to shoot with the Phantom Flex4K and cinema lenses?

Well, that Phantom won’t cut it. Instead, you need a much larger drone that you trust to fly in the air and not crash $250,000 worth of equipment.

That’s what Brain Farm Cinema just did. Going into it, Brain Farm CEO Curt Morgan said what they were doing would be either “the most technically advanced drone camera flight of all time or the quarter million dollar crash.” 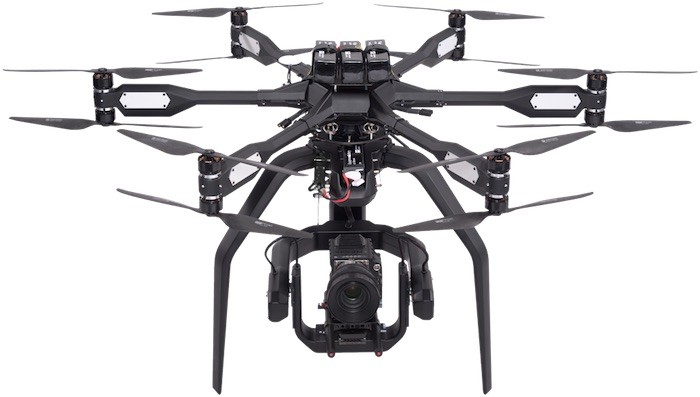 The system is built around Intuitive Aerial’s Aerigon professional drone and uses 12 rotors in a hexagonal configuration. Pricing is not listed on their website; however, reports put the pricing between $45,000 and $65,000. It can lose two motors and still be able to land the drone with the payload intact.

This is not your backyard DJI Phantom.

At 30 pounds, these drones are a good reason why the FAA wants to regulate drones flying around in the US airspace. Sure, there is a little danger that a three pound DJI Phantom could fall out of the sky and injure someone. However, if a 30 pound drone lands on someone’s head, there is a good chance they aren’t getting up.