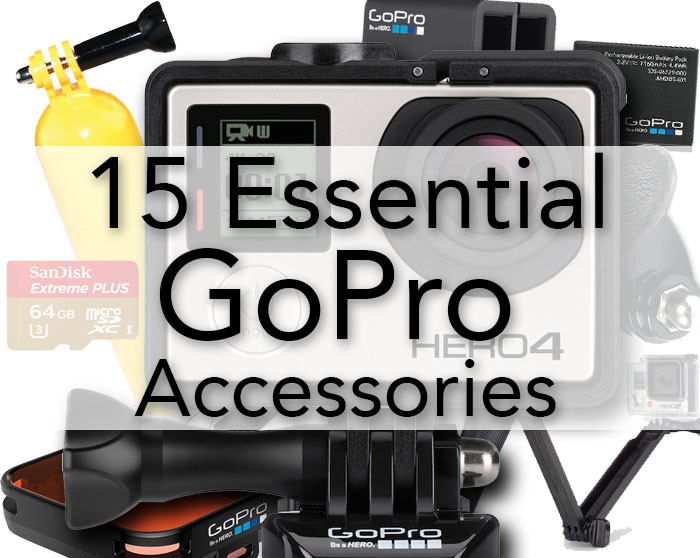 I’m a huge fan of GoPro cameras. My most recent one is the HERO4 Silver. The LCD touchscreen was the perfect addition and it has become my go-to action camera.

Over the past few years, I have found several accessories that make shooting with a GoPro an overall better experience. Some of these are name-brand products and some can be substituted with cheap versions third-parties manufacturers. 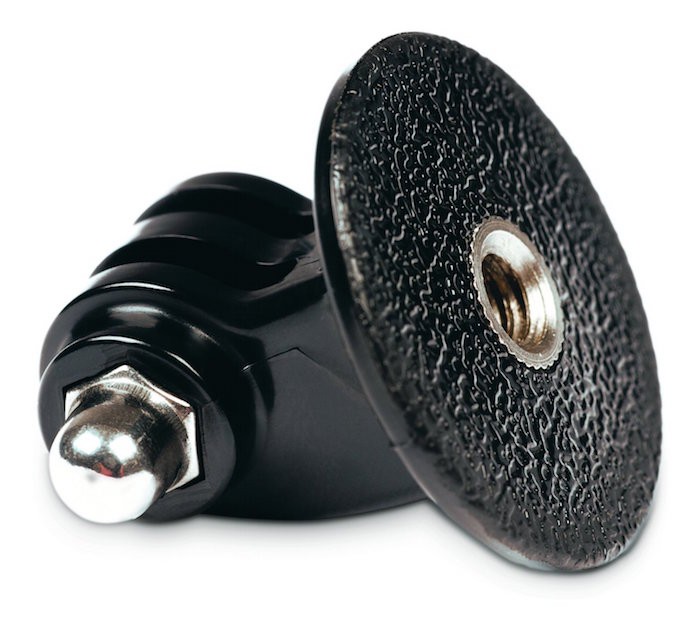 The tripod adapter for the GoPro mount is one of the most used accessories in my kit. The official GoPro tripod mount is only $9.99 and I’m sure it’s well-built. However, you can find them for $2-3 on Amazon from third-party sellers. I have several of these cheaper ones in my kit and its and easy add-on to an Amazon order whenever I’m buying something else. Also, here’s a Revo brand tripod mount at B&H for $2.99. 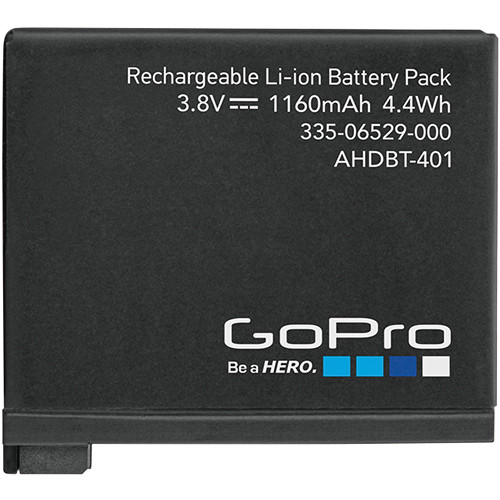 If you are planning on shooting more than an hour or two in between charging periods, pick up a spare battery or three. I have a personal preference for use first-party batteries only for cameras. I know they cost a little bit more but I have seen enough horror stories of full-on meltdowns to just stick with first party batteries. To me, it’s not worth saving $10 or $20 even for third-party batteries with good track records.

GoPro HERO4 batteries retail for $19.99 and are often available on sale for less. 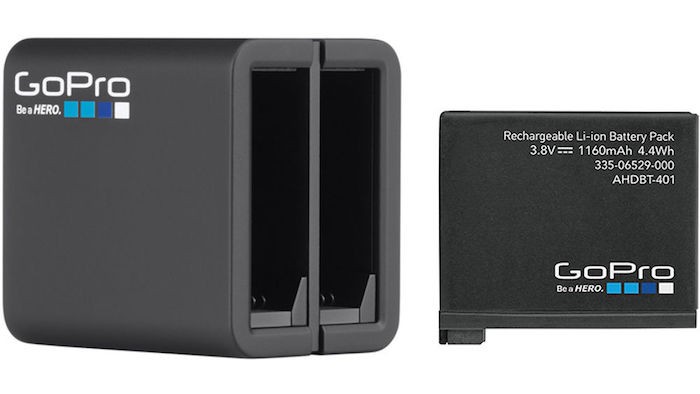 Going along with number two, I really dig the official GoPro HERO4 Dual Battery Charger. It comes as a kit with a spare battery for $50. Again, this is not an area I would skimp on. I stick with the official GoPro brand battery and charger for both safety and performance concerns. 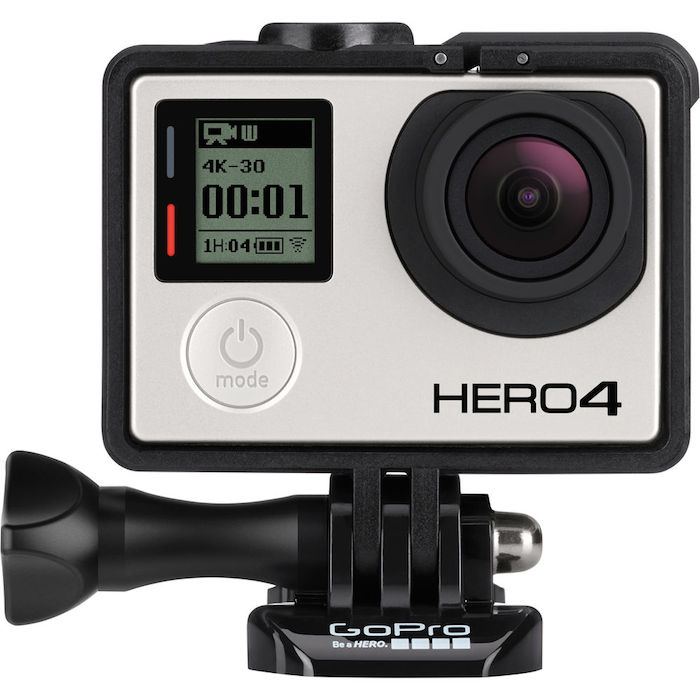 The most common GoPro HERO4 package includes the standard waterproof housing. As a result, this is what most people use when shooting with their GoPro. While you can buy a Music Edition GoPro HERO4 kit that includes the GoPro Frame Mount, you can also buy the mount separately.

If you are going to be shooting indoors or in a non-hazardous situation when on-camera audio is important, the frame mount is an essential piece of kit. I shoot with it more often than not and only break out the standard waterproof housing when I need it to protect my camera from water or bike crashes, which happen on occasion…

While GoPro’s Frame Mount retails for $40, you can find plenty of alternatives that are much cheaper and do the job well enough. Here’s one at B&H for $12. And here’s an even cheaper one on Amazon for $8. Again, these are no-frills items that do the job of getting your GoPro out of the waterproof housing. 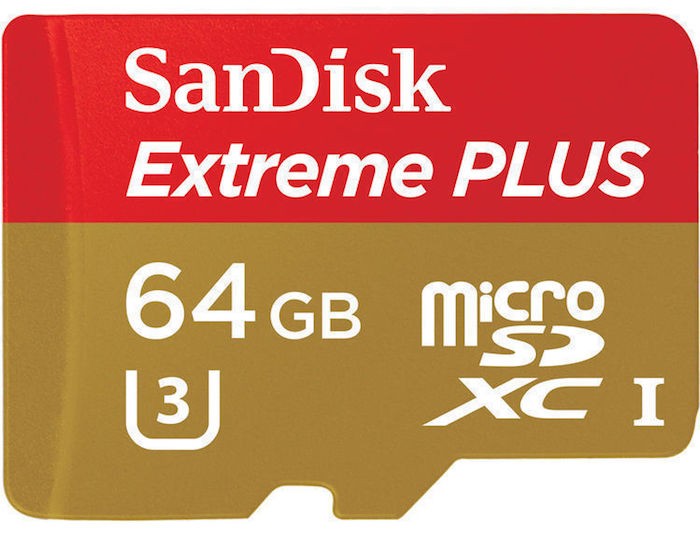 As with the batteries, shooting lots and lots of photos and video with a GoPro can chew through data – especially when shooting 4K and/or high resolution video. If you plan on shooting 4K video (and really just for future-proofing your memory solutions), pick up the Speed Class 3 cards. These are marked with the U3 symbol and provide a minimum continuous write speed of 30MB/s, which is good enough for the compressed 4K footage that GoPro cameras capture.

As I write this, I’m buying and using the SanDisk Extreme microSDHC or microSDXC cards in 32GB or 64GB capacities. 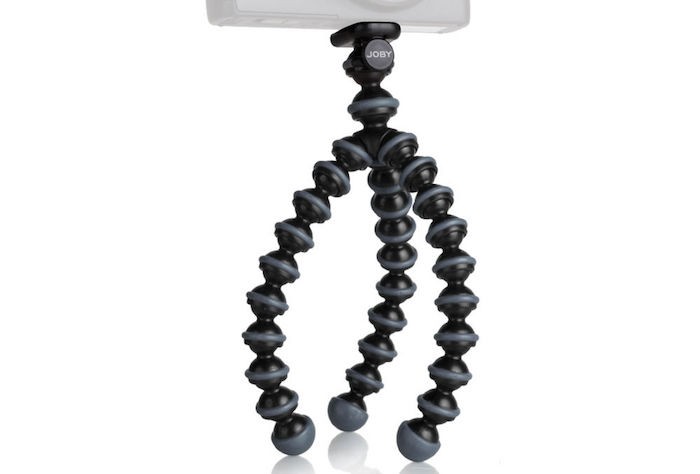 While there are a ton of useful mounts for the GoPro that are very specific in their use, the Gorillapod is perhaps the most flexible mounting option and probably the one I use the most for a static mounting position.

The most basic Gorillapod will set you back about $12 and there are a ton of other Gorillpods to choose from if you have something else in mind. 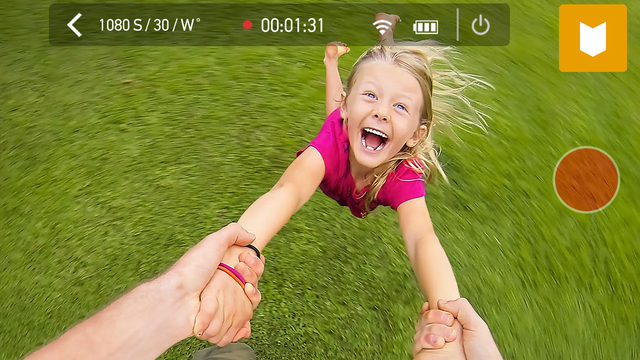 The GoPro App for iOS or Android is free but it is incredibly useful and would be worth paying for if GoPro sold it. You get live preview of your shot streamed from your GoPro (although there is a slight delay of several frames). You can control your camera settings, which is an essential function if you already have your GoPro mounted in an out-of-reach location. You can start and stop recording from your iPhone or Android device. And you can also preview and even download shots and videos to your device.

All of these features extend the functionality of GoPro cameras and make it well worth your time to download and setup the mobile app for your cameras. 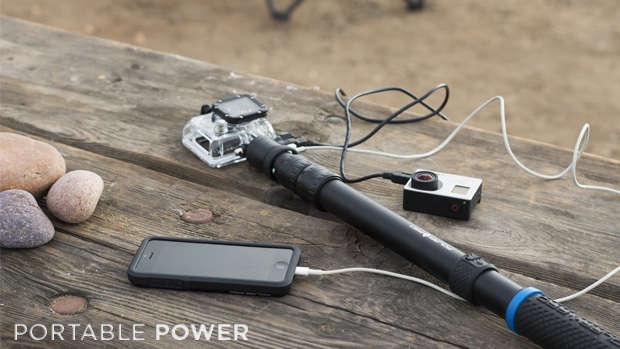 If you’re in the field for a while, it is nice to be able to charge your batteries or power your camera during long shoots. There are a number of ways to achieve this.

I’ve reviewed the PolarPro Power Pole, which I really like. It works well even if you aren’t using the pole function of it to carry your camera. I’ve hung one off a C-stand to power a low battery of a GoPro or laid it on the ground with a longer USB cable ran to the GoPro.

I’ve also used a USB cable to a spare cell phone power adapter with a 50′ extension cord ran to an AC outlet to power an all-day-long time lapse. This is a cheap and free option if you have an AC outlet within reach. 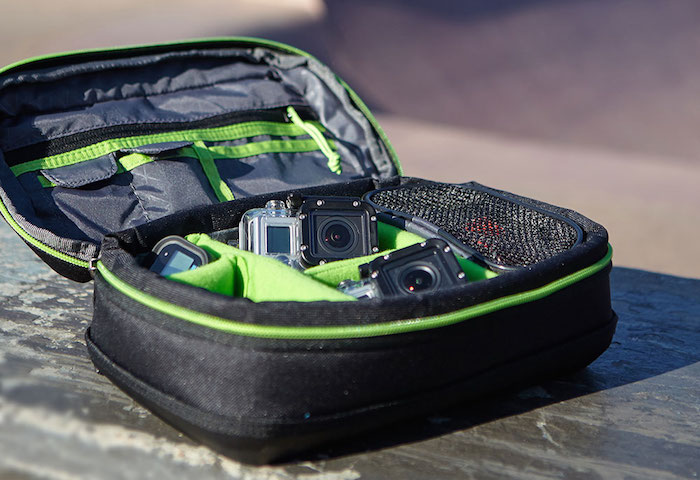 There are tons of case options out there and I’m not going to tell you which one works for you because every GoPro kit looks different. The most recent case I have reviewed, however, is the Case Logic Kontrast Action Cam case. I like it and it works well for a 2-camera kit. I like it better than Lowepro’s cases but there are plenty of other options to consider.

I think the dedicated GoPro cases make life easier and keep your gear organized better (especially if you have a lot of accessories) than a traditional DSLR camera bag. 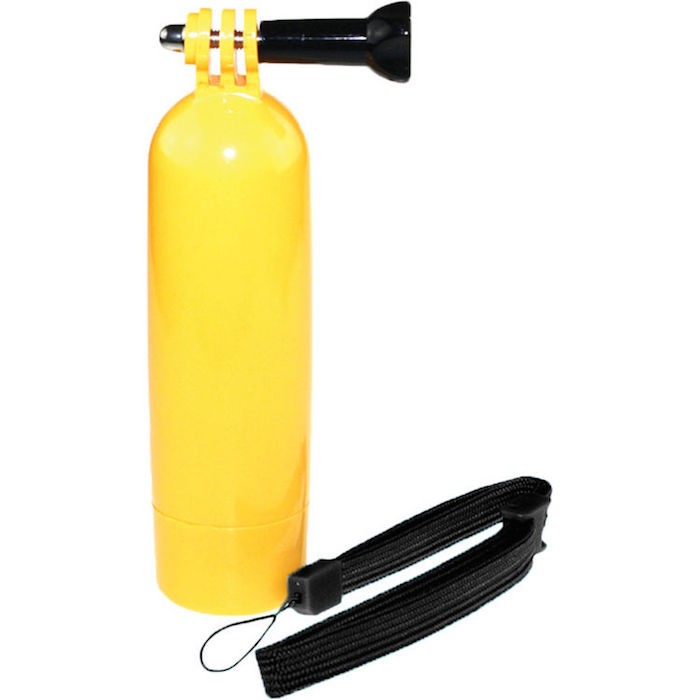 If you are going to be in the water with your GoPro, get a handle or some other device that will float if you drop your camera. You can find these handles for as little as $10 for the most basic ones. As with other GoPro accessories though, there are loads of options from which to choose. 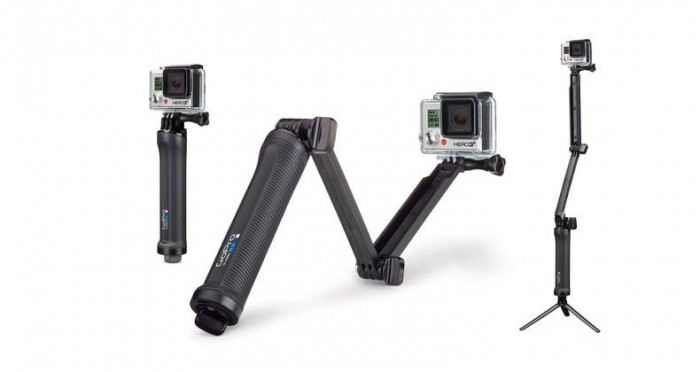 If you want to shoot yourself with a GoPro, then you’re going to need some kind of action pole to get the camera in front of you. GoPro makes a 3-in-1 action pole that has two hinge points to allow you to configure it so that the pole isn’t visible in the shot. It also serves multi-purpose functions as a tripod and a short grip. It’s $70 but it works well and I have been pleased with mine that I’ve had for a year or so now. 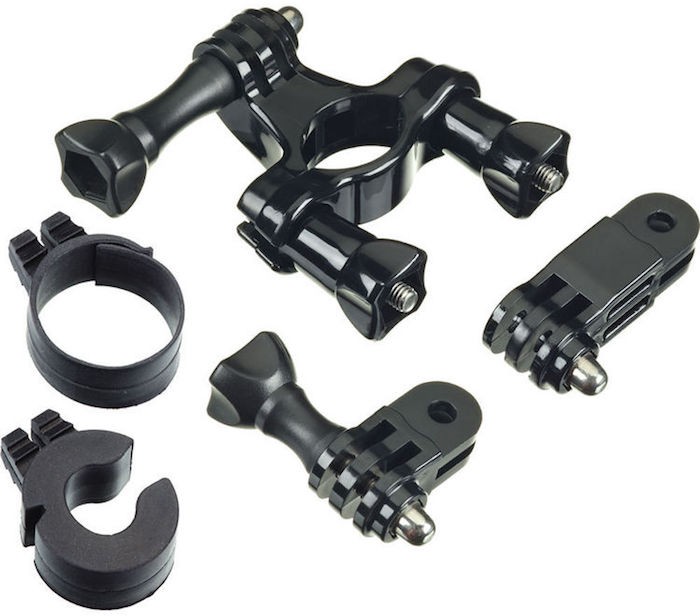 This may not be for everyone but it is something I’m all about since I go mountain biking from time to time. There are plenty of options out there but I like the official GoPro kit for handlebar and seat post mounting. You can often find it between $15 and $20. 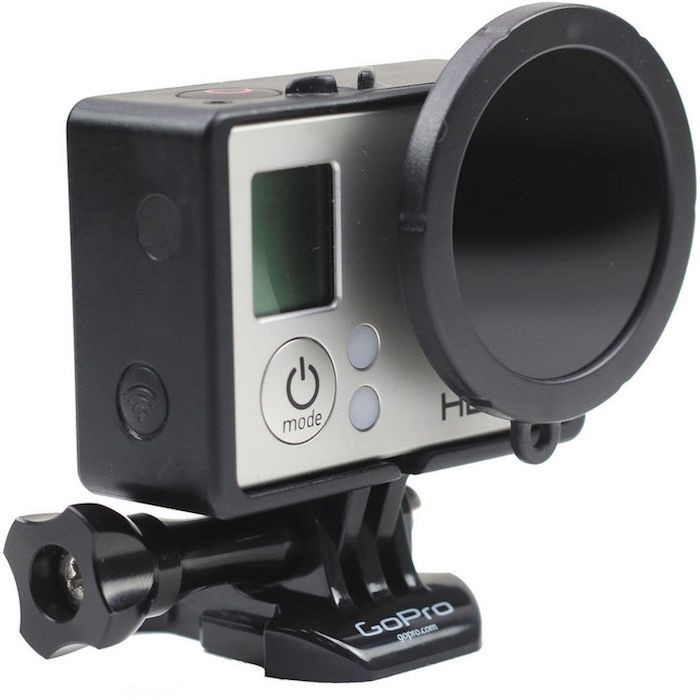 A neutral density filter is essential for shooting outdoors or when mounted on a drone. Since GoPro cameras don’t give you full manual control, a ND filter will give you the ability to slow your shutter down, which smoothes out rolling shutter in drone footage and gives you a little blur to keep other action shots from looking too choppy.

You can find ND filters for the standard housing or the naked GoPro lens. 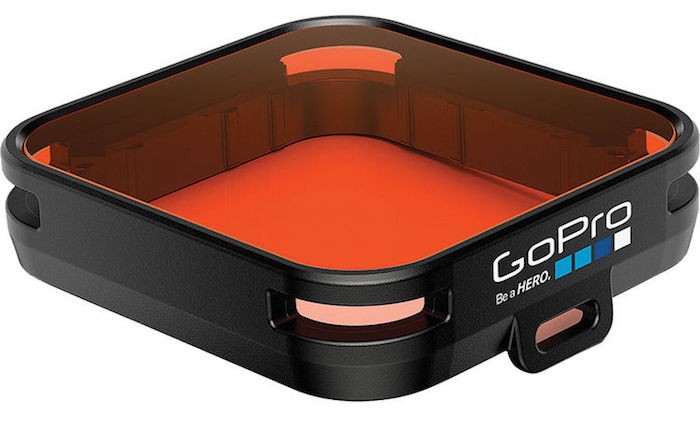 If you are diving with your GoPro without using a filter, you are probably familiar with a color cast on your footage. If you’re diving in blue tropical water or fresh water, use a red filter. If you’re diving in greener water, use a magenta filter to remove the green color cast. Again, there are tons of filter options to choose from but your probably don’t want to skimp on filters since they will affect your overall image quality. 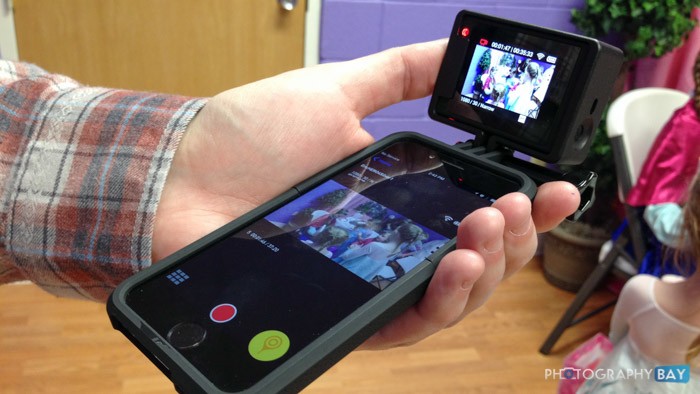 I’m throwing this in as an indulgence and not necessarily essential. If you are a GoPro junkie, this is a handy little phone case to have for your kit. It’s not unreasonably priced and doubles as a great little GoPro mount. You can see my review of the Polar Pro Proview case for more.

So that’s my take on essential GoPro accessories. Did I miss anything that you find essential in your kit? If so, let me know in the comment section below.