GoPro finally took the complete wraps off its Karma drone that has been teasing for oh so long. There are a couple of huge wins that put the Karma on a separate plane from DJI Phantom drones.

First, it looks like it is much more compact than other the Phantom and other similarly-sized drones. The propeller arms and landing gear fold in so that it fits completely in a backpack – and you can leave the propellers attached. 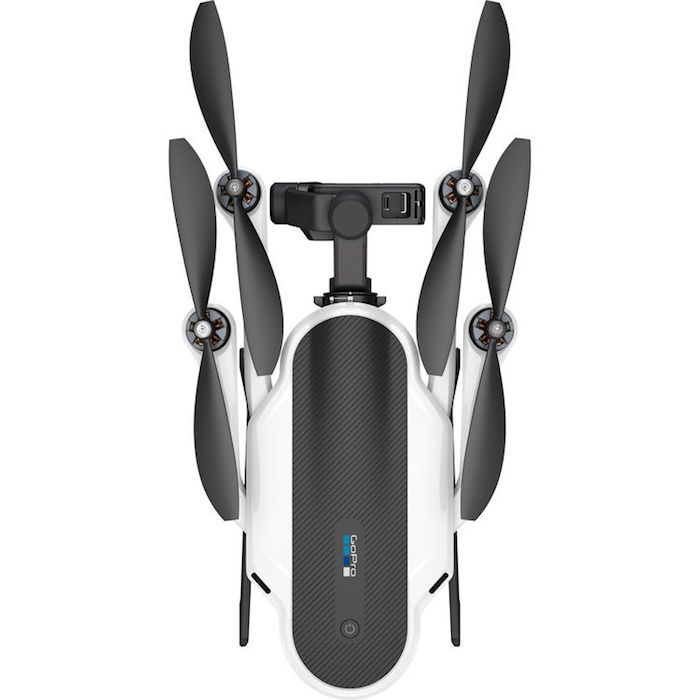 Next up is the handheld gimbal. We’ve seen this in other drones like the Yuneec Typhoon line but GoPro’s Karma is a little more special because it’s GoPro quality and it’s more compact.

The fact that you can fit everything you need to fly into a relatively compact backpack and that you don’t need a ton of setup time is a pretty big win.

The included remote has a dedicated LCD touch panel so you don’t need to connect a separate mobile device for monitoring. That’s a smart call in my book and something I loved about the Yuneec Typhoon 4K drone.

There are also some other pros and cons for the Karma. The Karma doesn’t include a built-in camera. Instead you attach a GoPro HERO5 Black or HERO4 Black. That’s a pro because of the GoPro camera on the end but a con in the pricing. The base drone without a camera is $799 (for the HERO5 or HERO4). You can buy the Karma with a GoPro HERO5 for $1099. These are very typical drone prices and not exactly blowing our minds.

This would have been awesome 2 years ago. But the market is much more saturated now. GoPro will sell lots of these drones but DJI has a massive lead on GoPro and everyone else. Will DJI owners step back over to GoPro for a $1K-range of drones? Also, will the consumer gadget-geek market buy into the GoPro Karma as a more user-friendly drone?

The GoPro Karma looks like a very solid drone. I just don’t know if it’s a killer drone that can go up against DJI for the throne.

The Karma is scheduled to ship October 23. Check it out here at B&H Photo.