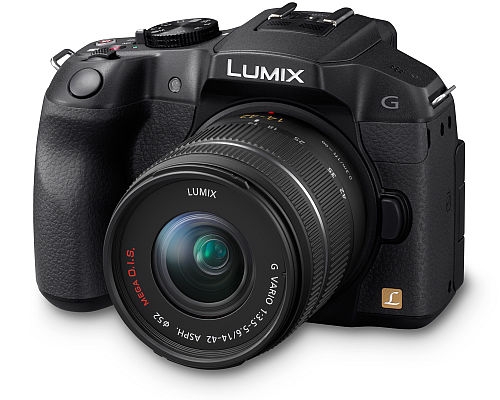 The Panasonic Lumix G6 follows the G5 as an entry-level Micro Four Thirds mirrorless camera less than a year after the G5 was announced. The G6 features a 16.05MP sensor, 3-inch touch screen display and an EVF. It will capture up to 1080/60p HD video in either MP4 or AVCHD.