This skydiver lost his GoPro after he jumped out of the plane.  As he was climbing out of the plane, he bumped his helmet attachment on the door frame, which is what he suspects caused the GoPro case to loosen. 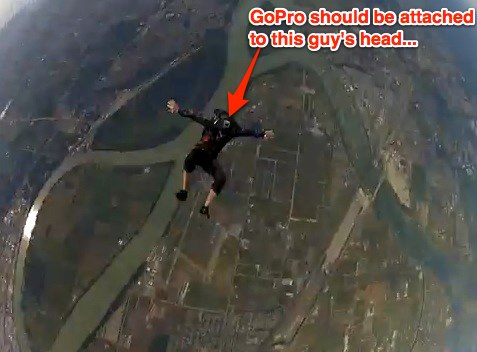 The camera plummeted 12,500 feet without a case and landed in the drop zone.  You can catch the landing at the 2:45 mark.  While on the ground, it even managed to capture their (safe) landings.  You can see the camera being recovered by a friend on the ground at the 6:45 mark.

Shot with GoPro cameras and slowed down with Twixtor.