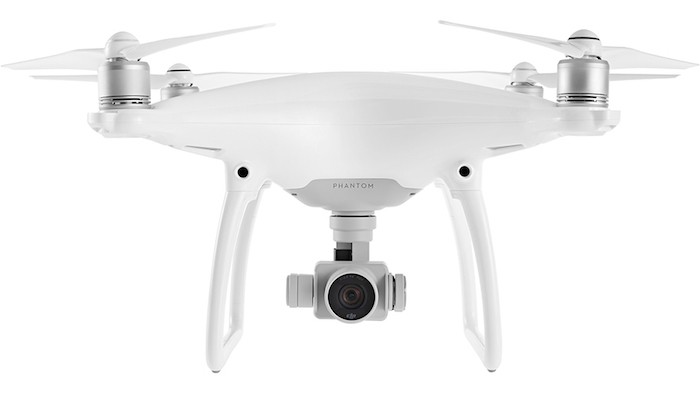 DJI announced its new Phantom 4 drone today with some powerful new features. It is a culmination of so many of the features we have seen in tech demos in recent years. The big new feature is obstacle avoidance, which looks like an effective and solid implementation.

In addition to the camera and gimbal built into the Phantom 4, there are additional cameras and sensors on the drone that allow it to sense depth and force the drone to avoid obstacles in its path. Additionally, these tracking sensors and cameras give the Phantom 4 the ability to map subjects in 3D and follow them with no transmitter or other device attached to the subject. The sensors also aid for more reliable indoor flying. This is next-level stuff!

The Verge has a solid overview video of some of these next-gen features. Check it out below.

The camera for shooting stills and video features a 1/2.3″ 12MP sensor that can capture DNG raw files and compressed 4K video at up to 60Mbps. The DCI 4K footage is limited to 24/25p and the UHD 4K is limited to 24/25/30p. However, the HD video capture allows you to shoot up to 120fps for some 5x slow motion when conformed in post. You will also get a Cine-D / D-Log option for flatter footage that is more conducive to grading. The lens gives you a 20mm equivalent field of view with a f/2.8 aperture. 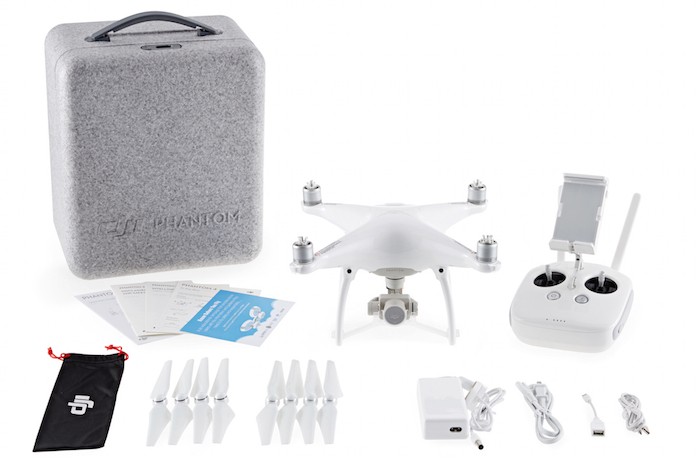 DJI also managed to add flight time while adding weight to the camera with its magnesium alloy frame and second onboard computer. The Phantom 4 weighs 100 grams more than its predecessor and offers 28 minutes of flight time (compared to 25 minutes on the older models). It can also reach a top speed of 44.7mph!

The DJI Phantom 4 retails for $1399 and will be available later this month. Unlike the Phantom 3, there is currently only one model, which is simply the Phantom 4. Check it out here at B&H Photo.