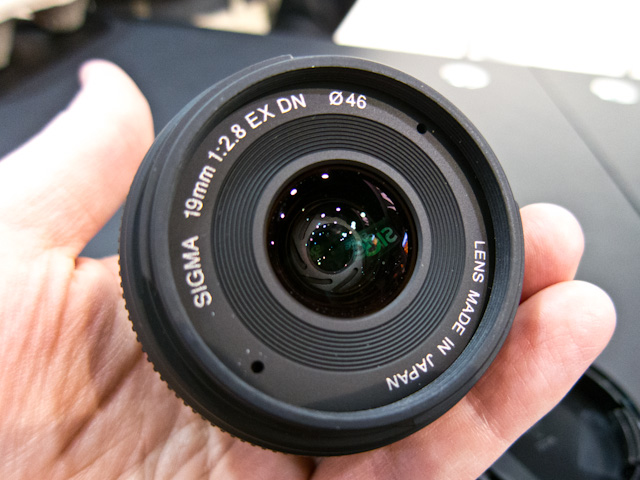 I checked out both of these new lenses at CES 2012; however, I wasn’t able to use them on a camera as these were apparently early pre-production models.  What I can tell you though is that they are very lightweight and compact. 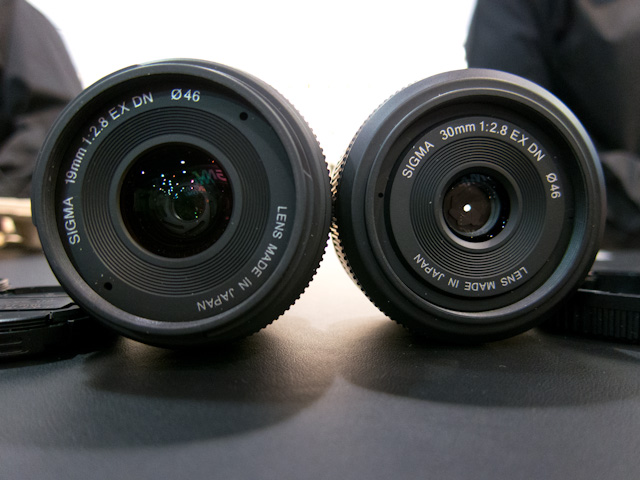 The NEX and Micro Four Thirds models appear to be identical except for the actual mount on the rear of the lens, and the addition of a capital “E” on the side of the lens barrel on the NEX E-mount model. 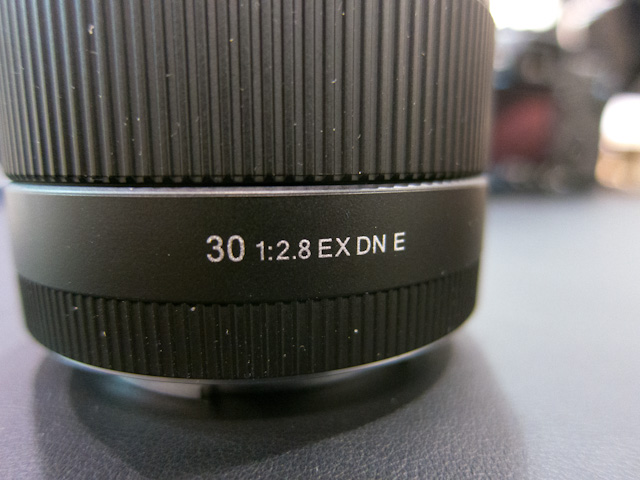 Of course, this means that the Micro Four Thirds model will crop further into the image circle and maybe hit more of the lens sweet spot – akin to using an Canon EF lens on an APS-C format DSLR.  In practical usage, I suspect the only difference we would notice is the possibility of reduced vignetting on Micro Four Thirds cameras when shooting wide open at f/2.8. 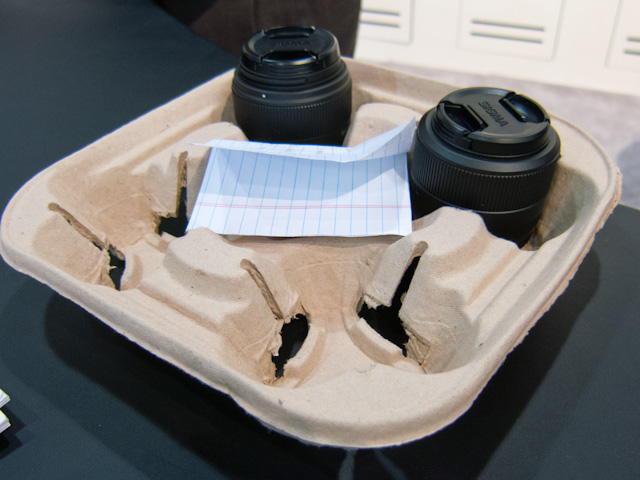 How Sigma Presented the Pre-Production Models to Me . . . Ha! Love it.

The Micro Four Thirds range has a number of lenses that kinda fit this range, but I think Sony NEX users should be pretty excited about the new 30mm f/2.8 lens (I know that I am).  While Sony has a 3omm lens in its lineup, the lens is a bulkier macro model and is a bit slower at f/3.5.  Of course, I’d be much happier with an f/1.8 model; however, f/2.8 should do just fine for the NEX cameras thanks to their great ISO performance. 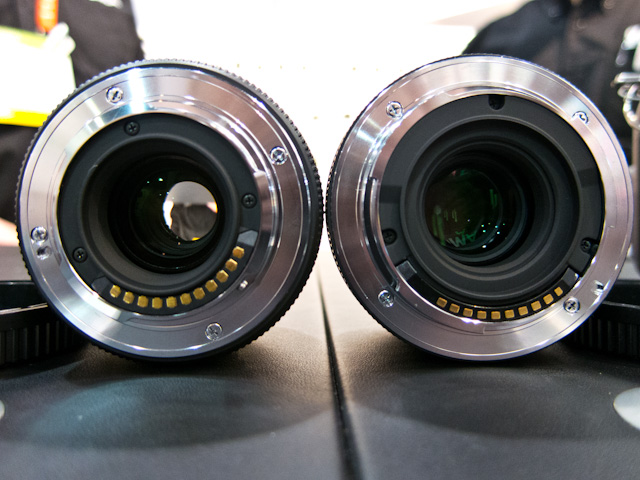 These lenses also feature a new linear AF motor that moves the focusing elements directly without the need for gears or other drive system.  Again, I didn’t get the chance to try this out; however, Sigma claims that this will mean a fast and quiet AF acquisition that should work great for both photos and video capture.

As far as I know, Sigma still hasn’t announced a price or availability date for either lens.  I’ll be sure to pass it along as soon as I find out. 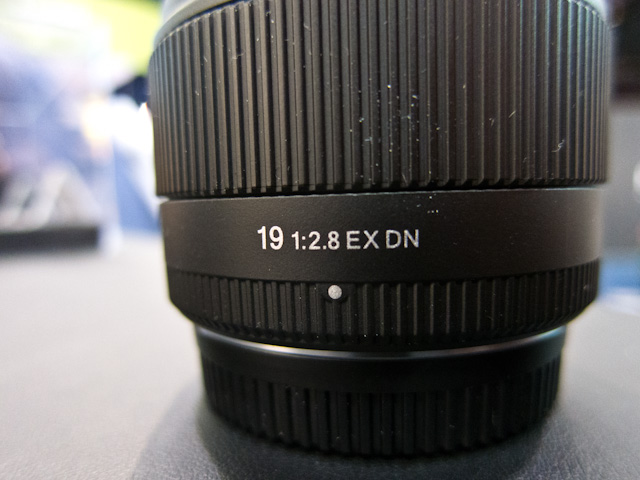