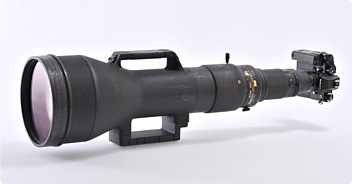 Nikon’s Recollections section on its website just added the Zoom-Nikkor 1200-1700mm f/5.6-8P IF-ED beast of lens from 1990.  The lens was constructed of 18 elements in 13 groups and had a minimum focusing distance of 10 meters.  It weighed in at a hefty 35lbs.

The 1200-1700mm lens featured a two-section lens barrel, in which only the rear portion of the lens barrel would rotate when changing from horizontal to vertical views.

Telephoto lenses with a tripod collar commonly feature a structure in which the entire lens barrel is rotated in order to change the composition from vertical to horizontal (this is referred to hereafter as the vertical/horizontal rotating mechanism). However, it would require considerable strength to rotate an entire lens barrel that weighed as much as that of the 1200-1700mm. To enable smooth vertical/horizontal rotating, the lens barrel of the 1200-1700mm is divided into front and rear sections, and only the rear section is rotated.

The reach of this lens is flat out amazing. See the sample photos below. 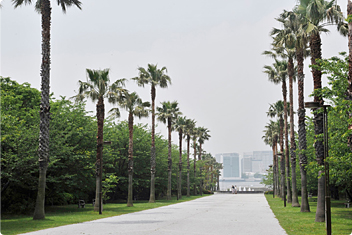 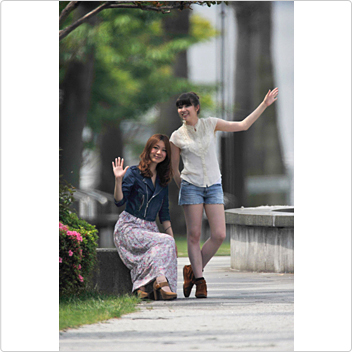 The “was first used in 1990 at the Koshien Stadium, the baseball ground at which the spring high school baseball tournament is staged.”  After that, Nikon delivered these lenses to news organizations in Japan and the rest of the world.  Beginning in 1994, Nikon made the massive lens available on the general market on a build to order basis.