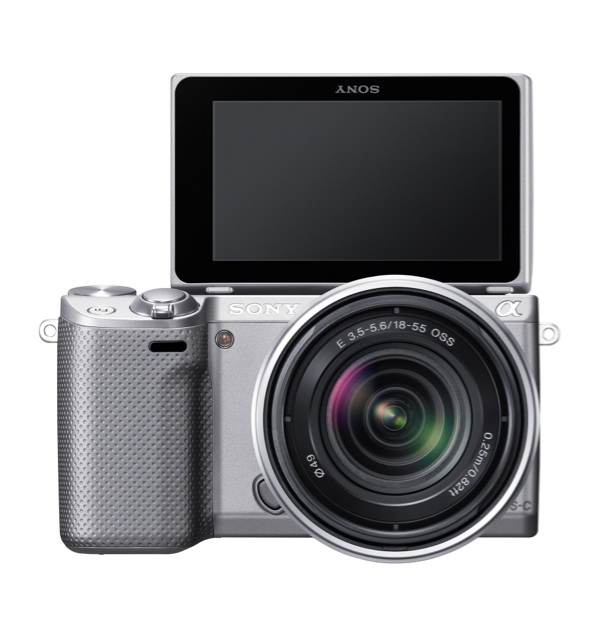 The Sony NEX-5R is a new mirrorless camera featuring a 16.1MP CMOS sensor with phase-dectection AF (i.e., what DSLRs use) built directly into the sensor.  In fact, there are 99 phase-detection AF points arrayed on the sensor. This should speed up the AF system considerably.

The NEX-5R also features a 180-degree tilting LCD, which allows you to view the display from the front side of the camera.  Additionally, Sony continues its tradition of powerful video features in the NEX line with 1080/60p HD video capture on the NEX-5R. 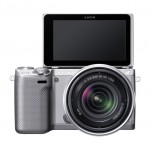 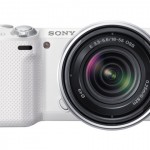 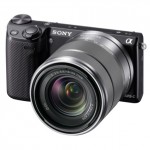