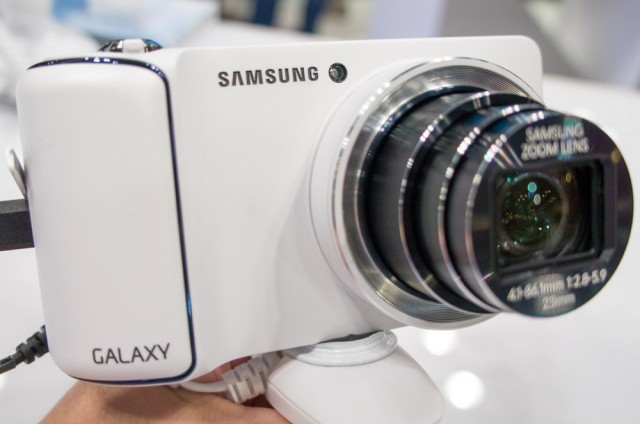 I had my first chance to go hands-on with the Samsung Galaxy Camera at PhotoPlus 2012.  For those unfamiliar with the new camera, it is an Android-powered hybrid of a camera that is somewhere between a point and shoot camera and a smartphone. The Galaxy Camera runs on Android 4.1 Jelly Bean and all of the camera functions are built-in the Android system. 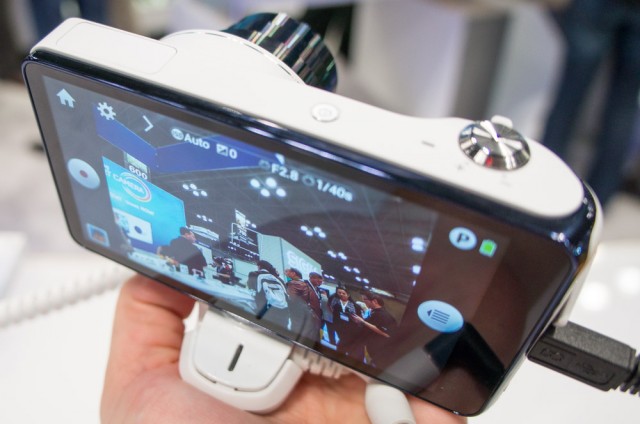 The large 4.8″ display is gorgeous and very responsive.  Tapping items on the screen yields instant feedback as you dig through camera functions and apps. 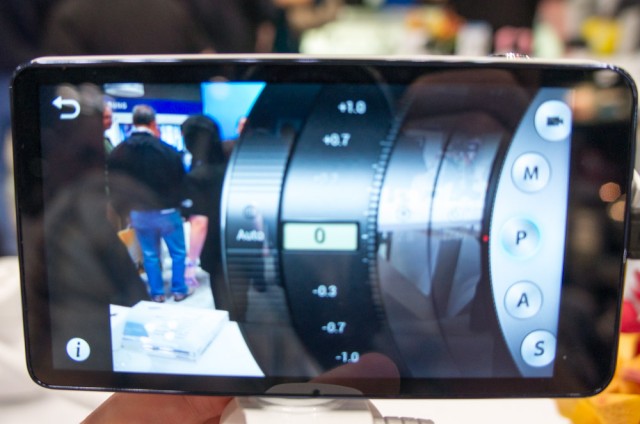 The expert camera mode allows you to have access to the typical PASM options with a different take on exposure and other setting adjustments. 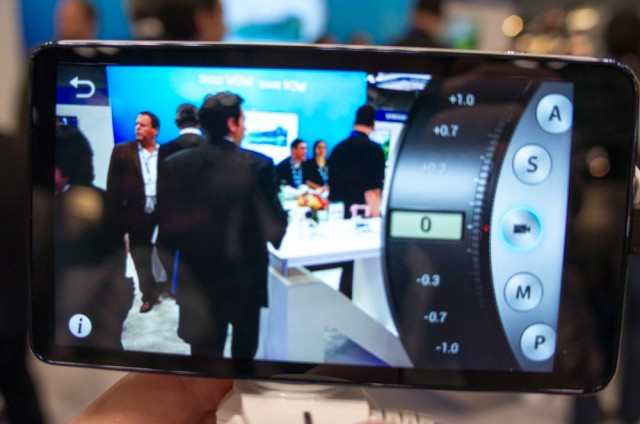 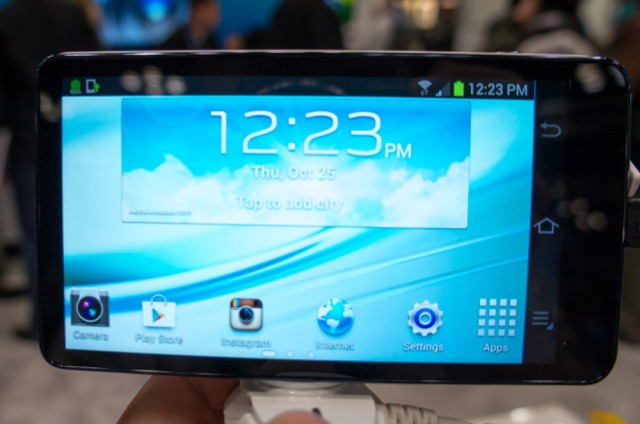 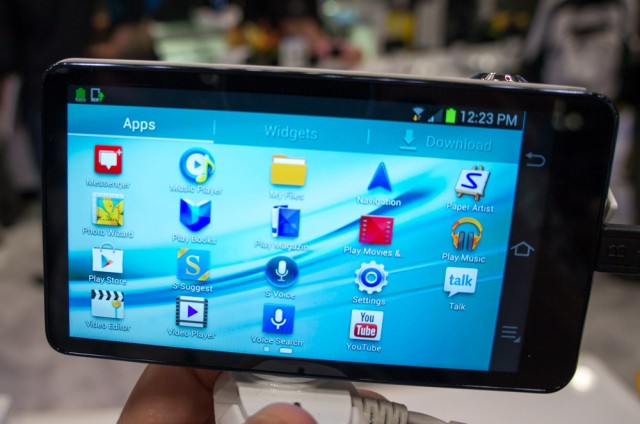 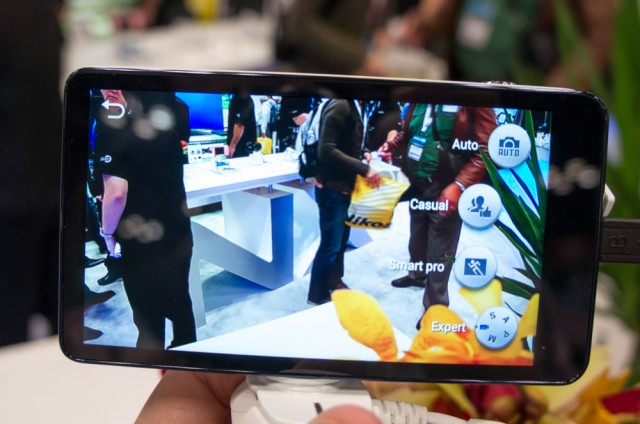 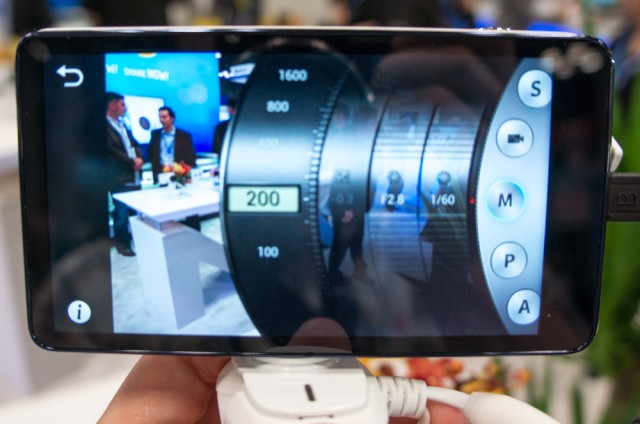 The manual controls roll like they are on a wheel as you make your adjustments.  These touchscreen controls move fast but still feel a bit clunky when making multiple adjustments. 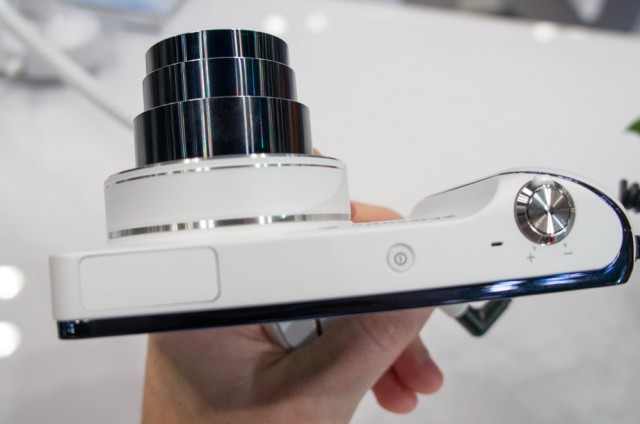 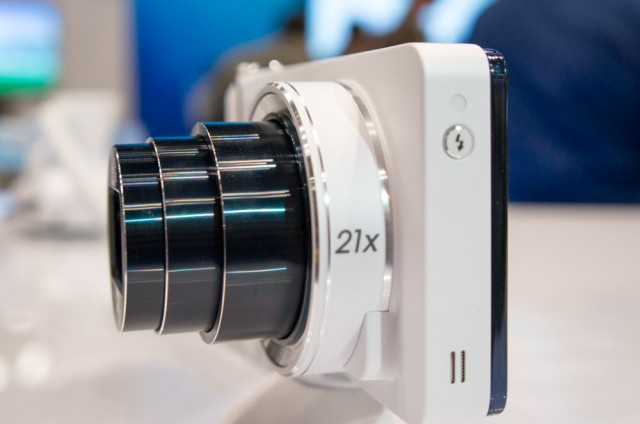 The pop-up flash release button is located on the left side of the camera. 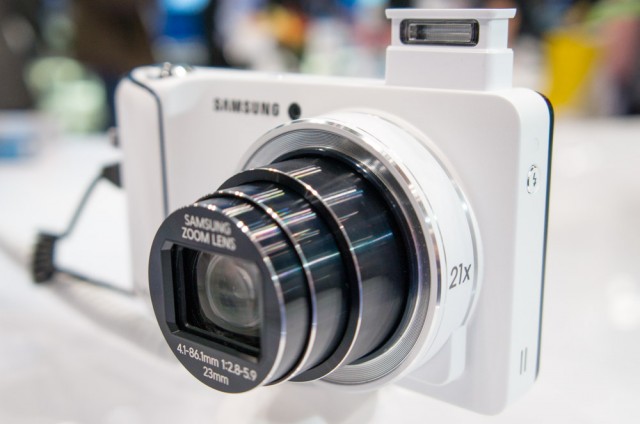 The pop-up flash is a spring-released unit, which requires you to manually push it back into the camera when you are finished with it. 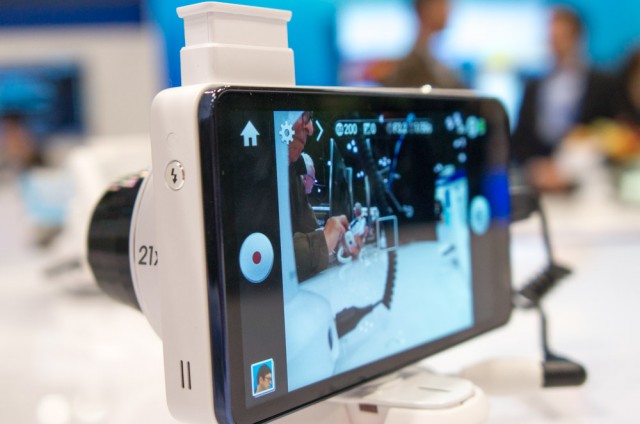 Samsung still wasn’t talking pricing, but said it would be available through AT&T with no official comment on whether a WiFi-only model would be coming at a later point.

The Galaxy Camera has a lot of hype going for it, but selling it only with a data plan probably means it will be hard for it to find its way into lots of hands.  How many people are willing to commit to a 2-year contract with AT&T to use a camera (besides the one that’s already inside their smartphone) is tough to call, but it can’t be a big number.  Frankly, the new connectivity that new cameras are getting with smartphones (via controls or image transfer) seem more attractive than a camera that’s only sold with an AT&T data plan.

Of course, the Galaxy Camera is just the beginning for Android-powered cameras. I suspect we’ll see plenty more from Samsung and others at CES 2013.

In the mean time, I’d love to hear your thoughts on connected cameras and what you want/need out of them.  Does the Samsung Galaxy Camera do it for you?