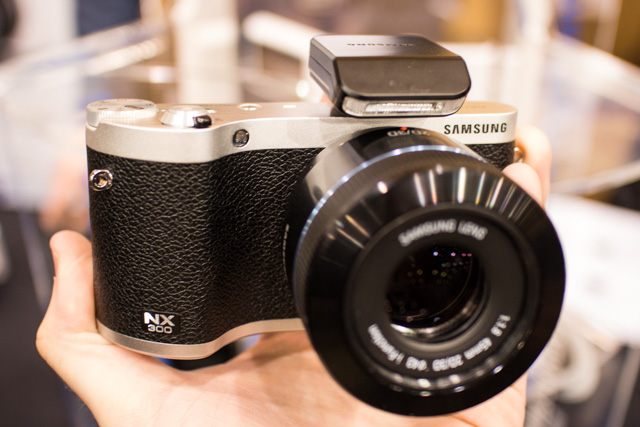 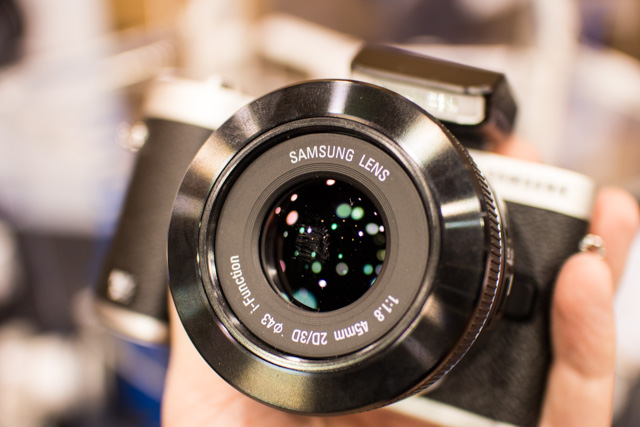 As a step-up over last year’s NX210, the NX300 has grown a little bit in heft – if not in resolution. Still yet, the image sensor is new in the NX300 and adds phase-detection AF pixels directly to the sensor. In my short time with the preproduction demo unit, the NX300’s AF system appeared to be satisfactorily fast and accurate – particularly so for a mirrorless camera. 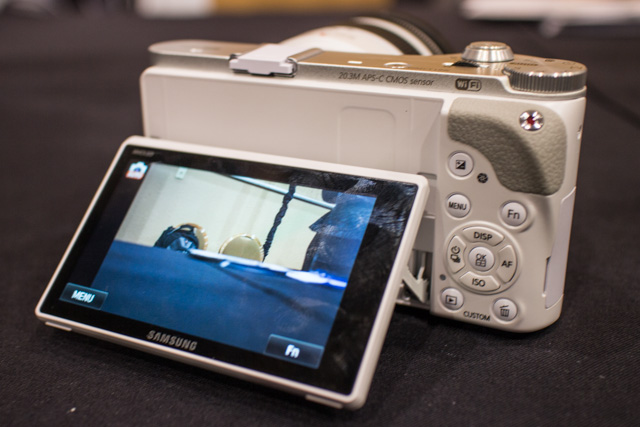 The NX300 has a nice 3.31″ AMOLED display that also serves as a control interface with its touchscreen input. The display tilts up and down for viewing above or below eye level. Additionally, all of the standard buttons and dials are still in place for quick access as well.

Like many other recently released cameras, the NX300 can be controlled via Android and iOS devices thanks to WiFi built into the camera. You can view a live feed on the NX300 or download images from the camera to your iOS or Android device.

The NX300 does not depart much from the prior design of the NX200 and NX210; however, the two-tone color options are a more stylish design in my opinion. I think the black and silver option looks very sharp with its more retro flare.

The NX300 is equipped with a rather narrow zoom range kit lens – the 20-50mm f/3.5-5.6 ED II lens. I don’t quite understand why Samsung would choose to go with such a lens other than a cost-saving choice. It gives you the equivalent of 30-75mm zoom range, which is going to be a little lame for those moving up from point and shoot cameras that offer a much wider zoom range.

The Samsung NX300 retails for $749 and includes the aforementioned 20-50mm lens and a detachable flash unit. Check availability at B&H Photo and Adorama. 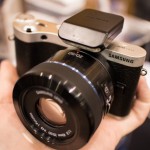 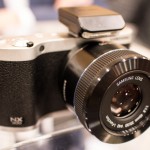 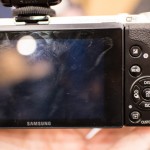 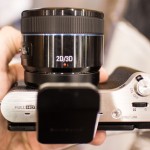 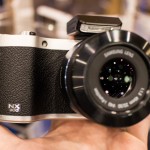 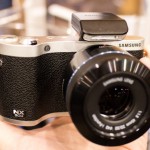 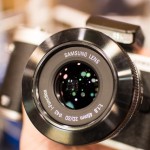 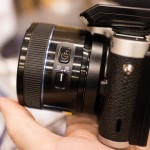 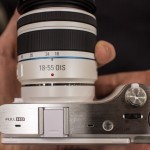 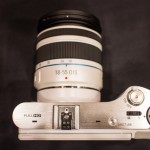 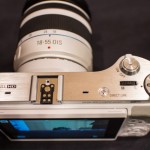 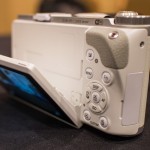 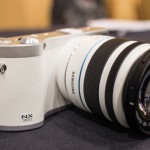 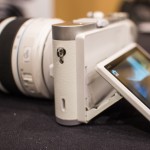 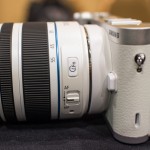 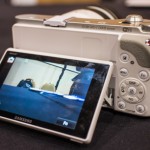 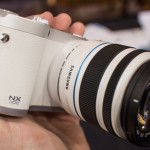 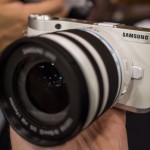 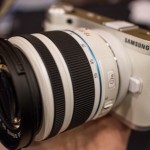