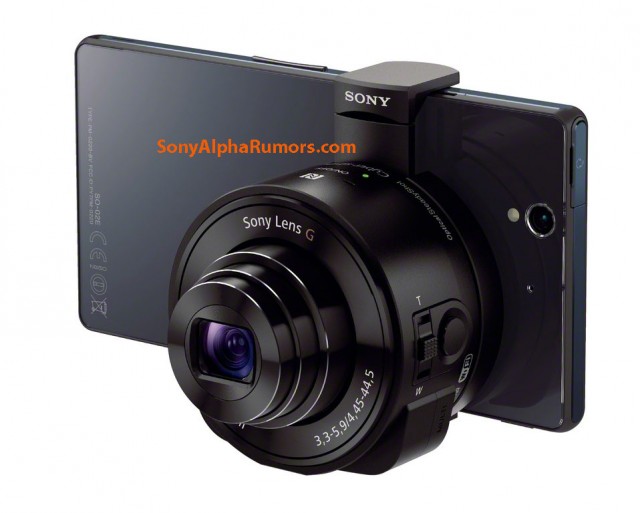 Sony has a pair of incredible new lenses coming out to work in tandem with smartphones for higher quality mobile photography. The Sony DSC-QX10 and DSC-Q100 are actually lenses with an image sensor built-in.

We’ve seen similar designs with the Ricoh GXR system; however, the novel approach of the Sony QX10 and QX100 is the use of a smartphone as the camera interface. The QX10 and QX100 are controlled by smartphones via WiFi or NFC connectivity.

While the leaked image above shows the unit connected to a Sony Xperia smartphone, rumors suggest it will also be compatible with iOS and Android devices. 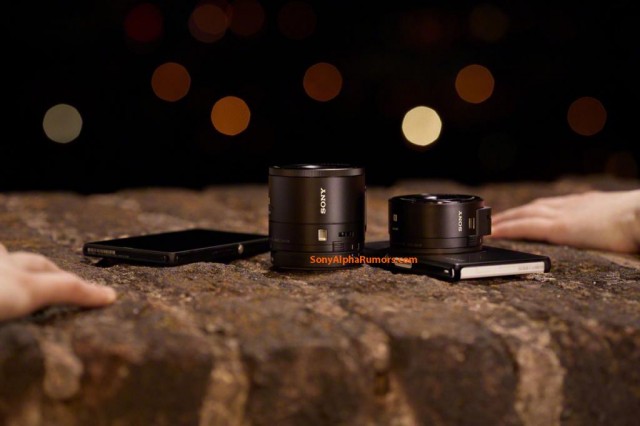 Alternatively, the QX100 is rumored to be a direct clone of the RX100 II – complete with a 20.2MP 1-inch sensor. Depending on the execution, this could be a big wow factor for smartphone photographers. That said, it’s a big chunk of lens to carry around in addition to one’s smartphone…

While it is nice to see innovation from Sony, this is just the first round of these devices. If there’s a future in this market, I would expect to see something much different and more compact over the next couple generations.