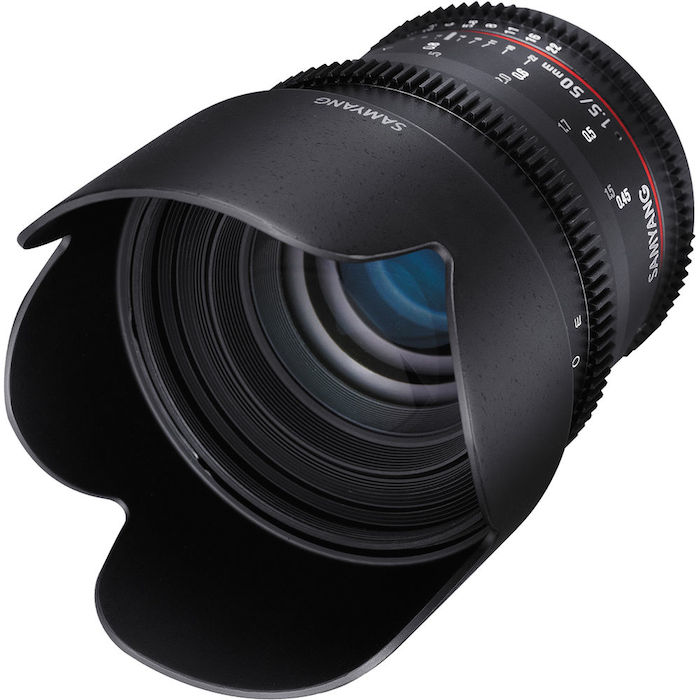 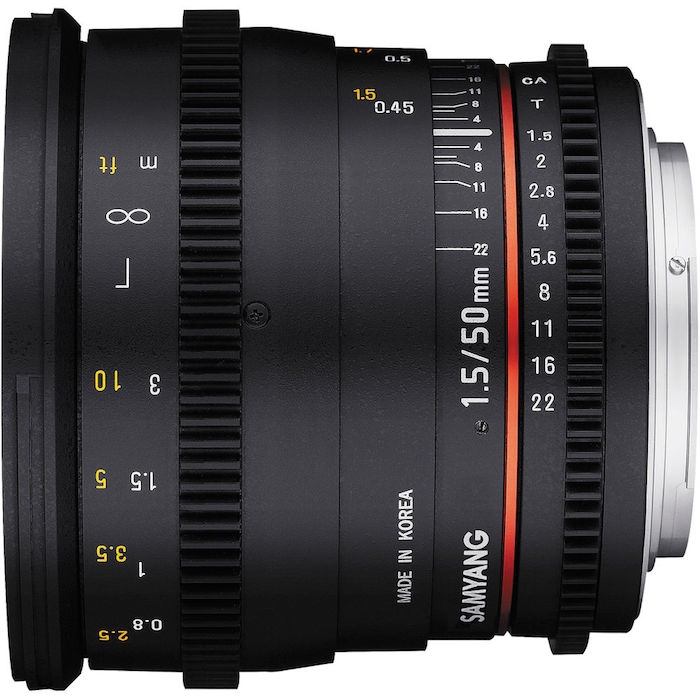 The lens features geared focus and aperture rings, along with a de-clicked aperture control ring, in its cinema lens design. It ships with a removable petal hood shown in the top image.

The new lens should be available in early September for $549. Check it out here at B&H Photo.