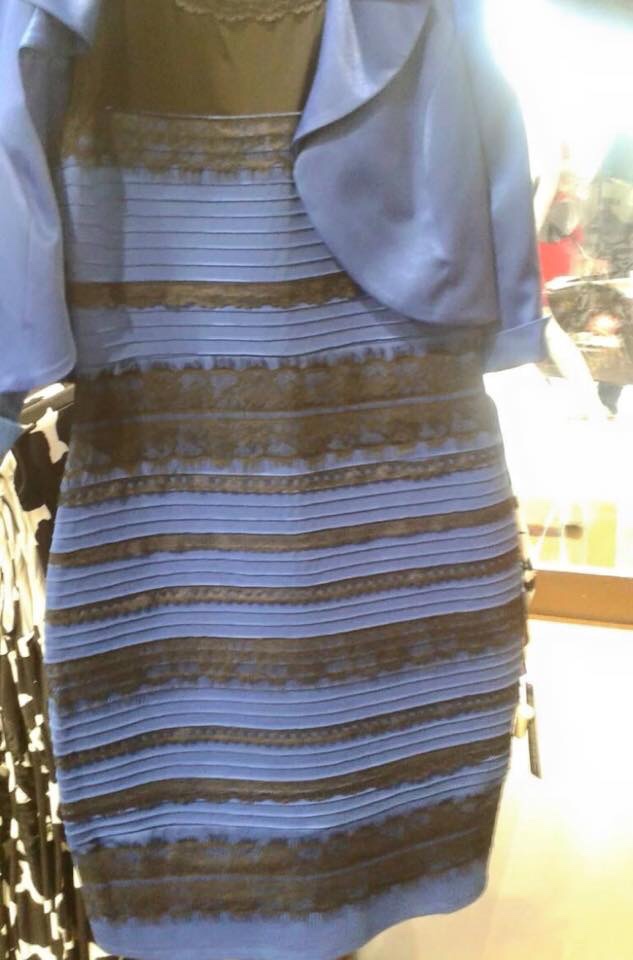 Do you see a blue and black or white and gold dress in the image above?

No matter what your answer is, a hefty portion of the Internet disagrees with you.

It all started with a post to a tumblr blog and a similar disagreement between a couple. After that, everyone on social media is on the verge of losing their minds over the debate.

Is the dress prettier when you see it as white and gold? I don't understand what's happening

The dress is white and gold an I feel physically ill.

Anyone who disagrees, I'm at 37th and Madison, come fight me. #TheDress pic.twitter.com/8dwglnP672

Wow really #TheDress is trending on Twitter also you should see this if u actually don't know what colour it is pic.twitter.com/F6QYfGyXkn

Some people are even seeing it change back and forth between the two.

holy god the dress just changed colors on me

In several polls that I have seen, the “white and gold” camp gets about 75% of the votes.

Slate even has a freaking live blog covering the topic.

People are even trying to get the President involved…

No joke, we asked what question would you pose to Obama? You said: what color is #TheDress ? proud of you Portland. pic.twitter.com/hQ4M31TQup

Peoples’ eyes are deceiving them.

Personally, I see blue and black. I also see somewhat of a yellow color cast on the image due to what appears to be tungsten lighting in the store where this was shot.

I color corrected the image using the black and white dress in the background to define the white point and black point for #TheDress. Here is the result: 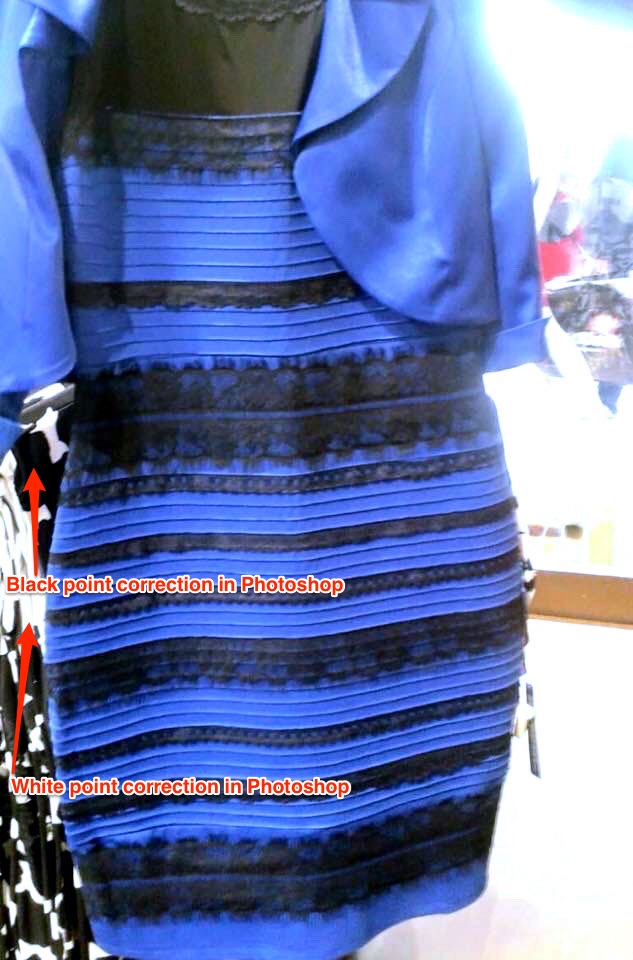 By correcting for the color cast, we get a true image of what the actual dress should look like in person.

Mashable found what appears to be the actual dress for sale and an official product image.

So we know that we are seeing a blue and black dress with a yellow color cast due to the lighting at the scene. But why are some people interpreting this as a white and gold dress?

Here’s what Andy Rexford gave as an explanation.

An explanation why you see this dress as blue and black or white and gold. pic.twitter.com/ayXpqavC9B

Here’s another color illusion to put your brain through.

Cover the middle up with your finger. See how the top and bottom are the same color? Same illusion as #TheDress pic.twitter.com/dRGQRSzwcj

So which colors do you see in the original image of The Dress?