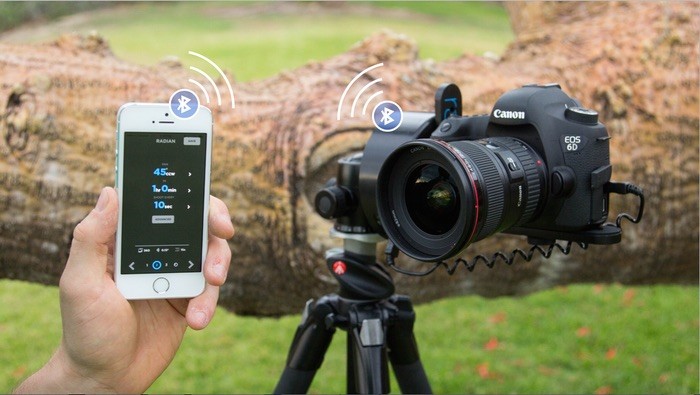 The guys behind the Radian 2 are launching it as a new Kickstarter project with the early bird price for the Radian 2 at only $200. The more complete package with the linear adapter kit, which allows you to operate the Radian 2 on a slider, runs $320. That is still less than half of what a Syrp Genie costs. 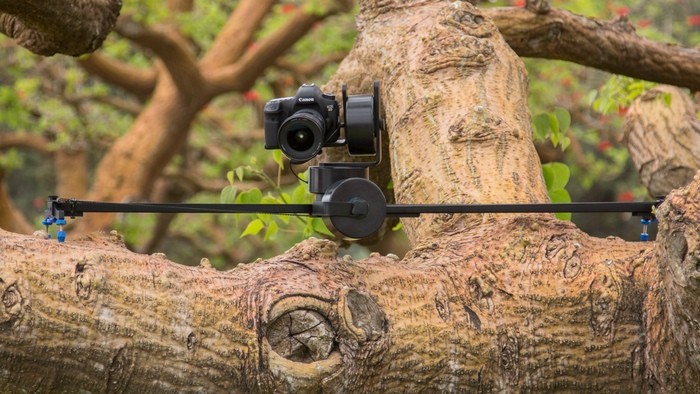 The first Radian runs $249 but doesn’t allow for the ability to program linear motion inside the box. In that respect, it appears very comparable to the Syrp Genie Mini.

The Radian 2 is controlled by a smartphone app which connects via Bluetooth to the device. The device can also link to your camera via USB for additional wireless control of aperture, shutter speed and ISO settings. 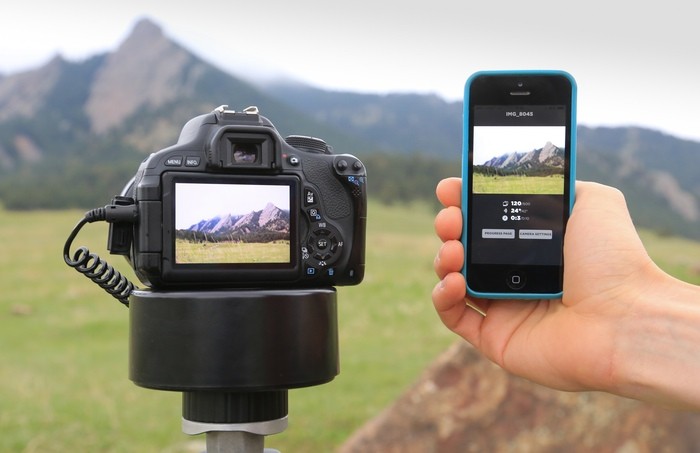 Additionally, USB connectivity allows you to preview images captured on your camera through the Radian 2 app on your mobile device.

The Radian 2 can be linked together with up to three units for some complex time lapse motion shots.

The Radian linear adapter is built with Studio FX sliders and Rhino Slider systems in mind; however, it can be adapted for DIY use as well. The low cost of Studio FX sliders keep the entry into motion time lapse setups at a reachable price.

The Radian 2 Kickstarter project is off to a solid start with $58,487 pledged toward its $153,471 goal and has 28 days to go. You can find out more about the Radian 2 here on Kickstarter.