The camera you own has one main lens and produces a flat, two-dimensional photograph, whether you hold it in your hand or view it on your computer screen. On the other hand, a camera with two lenses (or two cameras placed apart from each other) can take more interesting 3-D photos.

But what if your digital camera saw the world through thousands of tiny lenses, each a miniature camera unto itself” You’d get a 2-D photo, but you’d also get something potentially more valuable: an electronic “depth map” containing the distance from the camera to every object in the picture, a kind of super 3-D.

Stanford electronics researchers, lead by electrical engineering Professor Abbas El Gamal, are developing such a camera, built around their “multi-aperture image sensor.” They’ve shrunk the pixels on the sensor to 0.7 microns, several times smaller than pixels in standard digital cameras. They’ve grouped the pixels in arrays of 256 pixels each, and they’re preparing to place a tiny lens atop each array.

This is a solid collection of resources from Traffikd. Everything from plugins and extensions to uploading and search tools to playing sodoku with Flickr pictures of hamsters.

Xerox (NYSE: XRX) seems to have a problem with a healthy respect for photographers copyrights. Namely, if you are a student, they want yours. 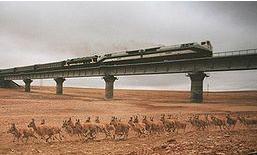 Earlier this week, Xinhua, China’s state-run news agency, issued a public apology for publishing a doctored photograph of Tibetan wildlife frolicking near a high-speed train. The deception has brought on a big debate.

So you’re interested in portrait photography, and you want to know what separates snapshots from art? Check out these 8 vitally important concepts from Eric Hamilton for creating better portraits — including lighting, subject, focus, background, composition, texture, color, and exposure.

Are you looking for magazines that might publish your photos? This article gives you some good hints which mag might be the best for you.

Although I disagree with the premise of this story, it is nonetheless an interesting read:

The last art form to be tethered to realism, its factual validity has lately been manipulated and pixelated to the point of extinction. Digitalization has made much of art photography’s vast variety possible. But it’s also a major reason that, 25 years after the technology exploded what photography could do, the medium seems to have lost its soul.

This is a pretty big dang deal – something that digg users have been wanting for some time now.

Photobucket, which I wrote a few things about earlier today, will be adding Digg buttons to photos on its site.

See the details over the the Digg Blog.

Update @ 9:19 p.m. ET:  Digg Images is now up and they’re Digging away at it.
[tags]digg, photos, image section, photobucket[/tags]

“We believe Bilal’s crime was taking photographs the U.S. government did not want its citizens to see. That he was part of a team of AP photographers who had just won a Pulitzer Prize for work in Iraq may have made Bilal even more of a marked man.”

Bilal has been imprisoned by the U.S. military in Iraq since he was picked up April 12, 2006, in Ramadi, a violent town in a turbulent province where few Western journalists dared go. The military claimed then that he had suspicious links to insurgents. This week, Editor & Publisher magazine reported the military has amended that to say he is, in fact, a “terrorist” who had “infiltrated the AP.”

Are you familiar with these photography lighting accessories for your flash unit? Check it out on Strobist, there are great photos and descriptions to go along with the funky names.