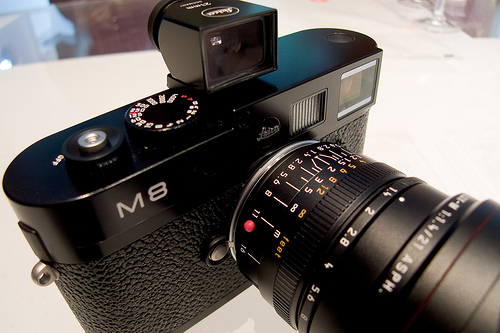 The Leica announcement of new products that has been rumored around the net will be done in the form of a webcast. This is something that isn’t done often by camera companies but from the intro video, we can probably expect to see some exciting things.

On the registration page, it says that we will see the newest generation of Leica products which means that the company will be releasing more than one product. There have been rumors abound about the Leica M9 and how it may be a full frame digital rangefinder. Even more interestingly is the rumor saying that it will use the Canon 5D Mk II’s sensor.

Perhaps we could even see something for the Leica S2. This inference comes from the fact that in the video, CEO Rudi Spiller says that we will see products released for the novice and professional alike. So besides something from the M and S system, we should we seeing upgrades to the DigiLux and their compact cameras as well.

It will be interesting to see what Leica delivers to us.