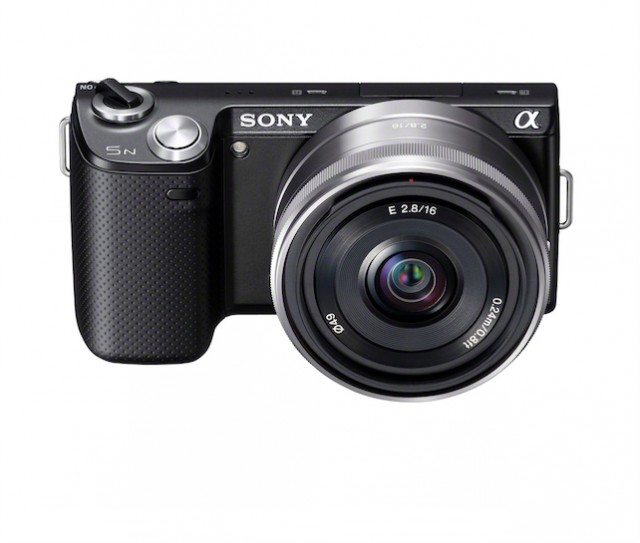 The NEX-5N, along with the NEX-7, are the latest mirrorless cameras in the NEX line.   The NEX-5N upgrades last year’s popular NEX-5.

The NEX-5N features a 16.1MP CMOS sensor and improved shutter lag down to 20 milliseconds.  The NEX-5N offers a max sensitivity of ISO 25,600 and 1080p HD video capture with both 60p and 24p frame rate options. 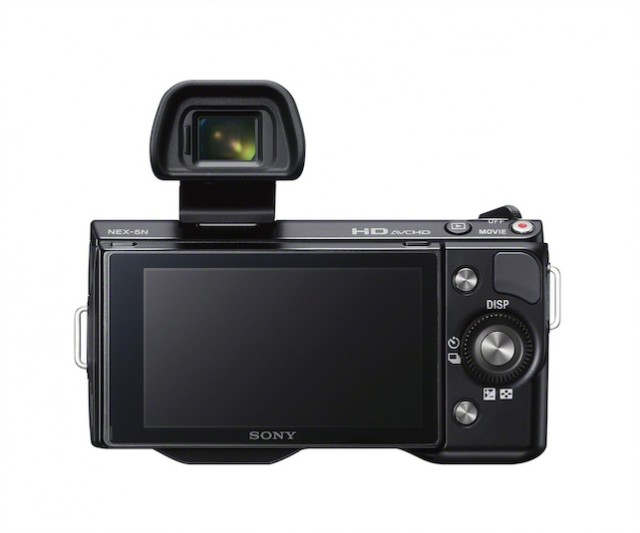 In addition to the NEX-5N, Sony has also introduced the LA-EA2 adapter for using Sony Alpha lenses on NEX cameras.  Also, the FDA-EV1S is an electronic viewfinder for the NEX-5N. 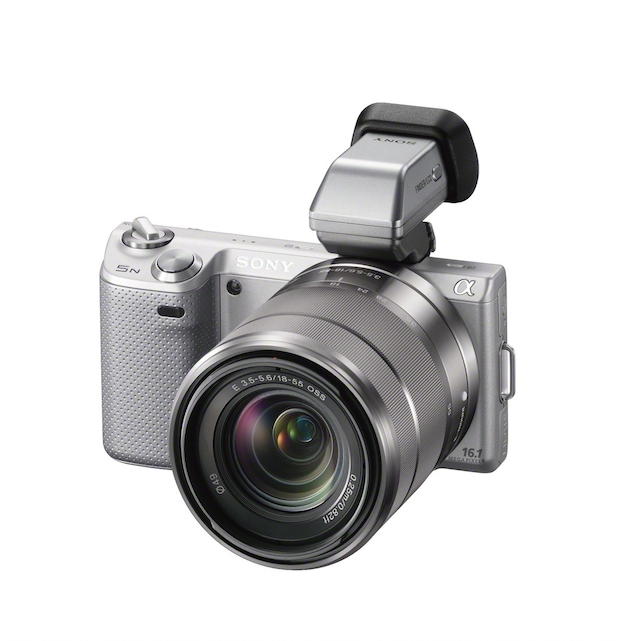 “The NEX-5N camera extends the sleek, minimalist design of the acclaimed NEX-5,” said Ernesto Bravo, senior business manager of the alpha group at Sony Electronics. “But it’s also a giant step forward from its predecessor in terms of still image and HD video quality, Auto Focus and speed-of-capture performance.”

Response is accelerated even further by a release time lag of approximately 20 milliseconds, the fastest of any interchangeable lens digital camera. Combined with an improved autofocus (AF) algorithm and more efficient image processing, this results in an AF that is significantly faster than the current NEX-5 model.

The NEX-5N camera shoots smooth AVCHD™ Progressive (Ver2.0) Full HD movies with high-quality stereo sound at 60p – the same resolution and frame rate as Blu-ray Disc™ media, a first for interchangeable lens cameras with an APS-C size sensor. Faster readout from the sensor doubles the maximum frame rate to 60 fps and, when shooting at the 24p setting, movies achieve a beautifully expressive, artistic and cinematic feel. Additionally, continuous auto-focus while recording video has been improved and object Tracking Focus has been added, which allows a target object to be selected and tracked accurately via the touch-screen, even when the subject is moving.

The NEX-5N is the first E-mount interchangeable lens camera from Sony that features an intuitive new Photo Creativity Touch interface. Background Defocus, Exposure, Picture Effect and other adjustments can be quickly and easily previewed, applied and combined via the LCD touch panel and control dial, with traditional “photo jargon” simplified for beginner shooters.

In Speed Priority Continuous mode, the NEX-5N captures fast-moving action at up to 10 fps (actual speed depends on shooting conditions and memory card performance), the fastest burst speed of any mirrorless interchangeable lens camera (as of Aug 2011).

The camera’s 3-inch Xtra Fine LCD™ display can angle up to 80 degrees up or 45 degrees down for easy viewing in any shooting position. TruBlack™ technology assures superb detail and contrast with dramatically reduced on-screen reflections.

Enhanced by the new Photo Creativity Touch interface, the LCD makes composition, shot review and adjustment of camera settings easier and more flexible than ever.

Also new in the range of accessories, the stylish body case (LCS-EB50) and lens jacket (LCS-EL50) help protect the camera and lens from scratches, the shoulder strap (STP-XS3) fits tightly to the body and the soft carrying case (LCS-EMF) holds the E-mount camera body with attached lens as well as an additional lens or other accessories.

The new NEX-5N is compatible with Sony’s Memory Stick PRO-HG™ DUO HX series as well as Sony’s full line of SD memory cards.  Available in capacities up to 32 GB, both media enable necessary transfer speeds for stable and optimal performance of Sony’s hardware features, such as full HD movie shooting.

The NEX-5N ultra-compact interchangeable lens digital camera will be available this September in black and silver with an 18-55mm kit zoom lens (model SEL1855) for about $700 and as a body-only for about $600.

The new LA-EA2 mount adaptor and FDA-EV1S OLED viewfinder will both be available this November for about $400 and $350, respectively.

The new camera kits, lenses and compatible accessories will all be sold at Sony retail stores (www.store.sony.com) as well as other authorized retailers throughout the Sony dealer network.