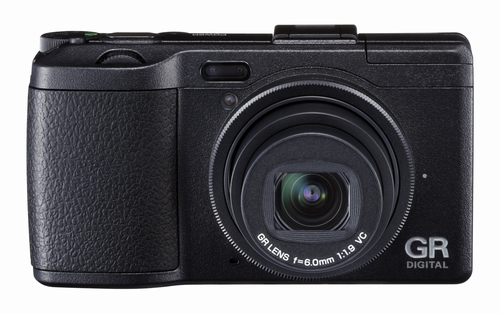 Ricoh has unveiled its GR Digital IV, which features a 10MP and a 28mm f/1.9 fixed lens.   The Ricoh GR Digital IV adds sensor-shift image stabilization over its predecessor, the GR Digital III.

Additional features include a 3-inch 1.23 million dot resolution LCD, an improved image processor and quicker autofocus.  A special edition, white model will be available in a total of 10,000 units.

No word yet on price or release dates.  Check availability on Amazon.com. 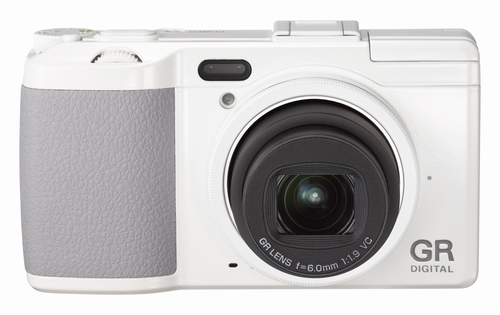 The GR DIGITAL III (released in August 2009) was a compact digital camera with high image quality that came with a 28mm/F1.9 GR Lens, the GR ENGINE III, and a high-sensitivity CCD that continued the evolution of the concepts originally introduced in the first GR DIGITAL model (released in October 2005). In the two years since its release, it has been enthusiastically received by a broad range of customers including professional and amateur photographers.

The new GR DIGITAL IV, featuring a new image engine and a refined optical filter, exceeds the GR DIGITAL III and achieves the highest level of image quality in the history of the GR series.

Additionally, for the advancement of the Quick Shooting capabilities required to make sure you never miss a shot when out shooting, Ricoh has introduced a Hybrid AF System and an Image-sensor-shift Image Stabilization Function, which makes use of Ricoh’s independently developed external AF sensor, and a 3-inch, approximately 1.23 million-dot VGA LCD monitor for heightened outdoor visibility. The addition of an electronic level that can detect inclination in the tilt direction, as well as the conventional horizontal direction also improves operability. Moreover, the inclusion of Dynamic Range Compensation makes it possible to shoot subjects in backlit or high-contrast scenes in the way the eye sees them, and Interval Composite, which can combine images shot at a certain shooting interval, advances the camera’s expressive capabilities.