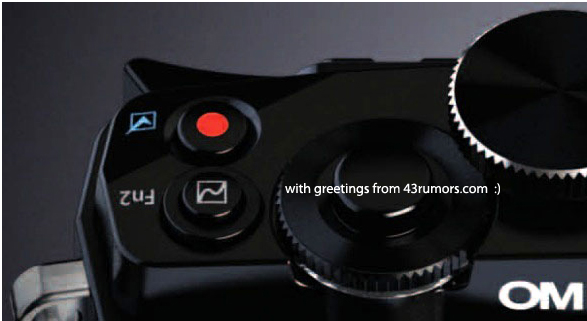 Lots of leaky news on the new Olympus OM-D mirrorless interchangeable lens camera over the past week or so.  The above image appears to be the first legit photo of the camera that has leaked out.  Additionally, an announcement story ran on the Wells Fargo website, which appears to be sourced from a Japanese press wire.  (Note that the same site has been responsible for several leaks of cameras such as the Canon G1 X of late.)  Leaked specs include a 16MP sensor and affirmation that the camera is a throwback to the OM-1 style.

Of course, we can expect a Micro Four Thirds sensor in the flagship OM-D.  Rumors suggest that a price tag around $1,100 will be attached to the camera, along with an official announcement date of February 8, 2012.