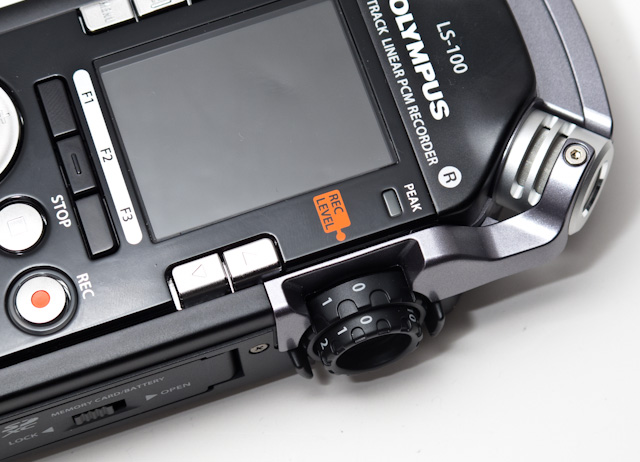 Olympus Audio posted in the comment thread that a fix for this delay problem is in the works and should be available via a firmware update in July.

…the following areas will be addressed:

1) A customer review pointed out that, when in input monitor mode, there was an approximate .2 second delay in the signal from the mic to your headphones which could make recording difficult. This issue will be resolved in the update.

2) An aliasing issue which created unwanted noise when using the LS-100 as a direct recording mic will be addressed.

3) There will be a fix for the incorrect display for remaining recording time.

4) Voice guidance for folders A-E will be made available with this release.

Thanks for dropping by Olympus and letting us know that this problem is being corrected.