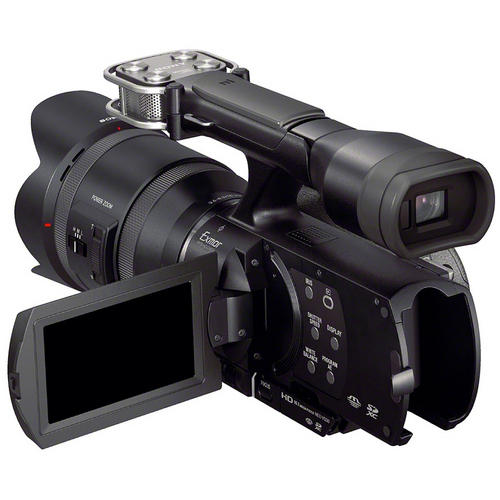 Newly leaked images of the upcoming Sony NEX-VG30 show a camera that’s very similar to the current NEX-VG20 model.  However, the most notable difference is the inclusion of a new power zoom lens mounted on the compact APS-C camcorder.

Based on the size of this lens and the past kit lenses for this series, I would presume that this is an 18-200mm kit lens (probably with a f/3.5-5.6 aperture as well).  This could be the breakout features that turns the VG30 into a competent consumer camera.  In my opinion, the manual zoom lens on the prior models was the thing keeping these out of consumers’ hands. 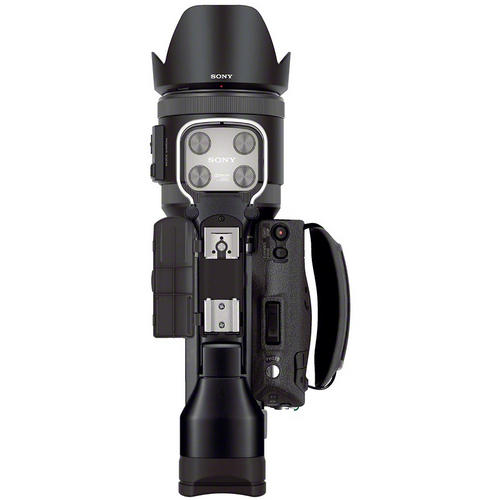 The Sony NEX-VG30 is rumored to feature 1080p video at 24p and 60p frame rates, a 3-inch LCD, OLED viewfinder and available in November for $1800.  I would suppose that price point is for the body only.  I would expect the kit with the power zoom lens to run $2200 or higher.