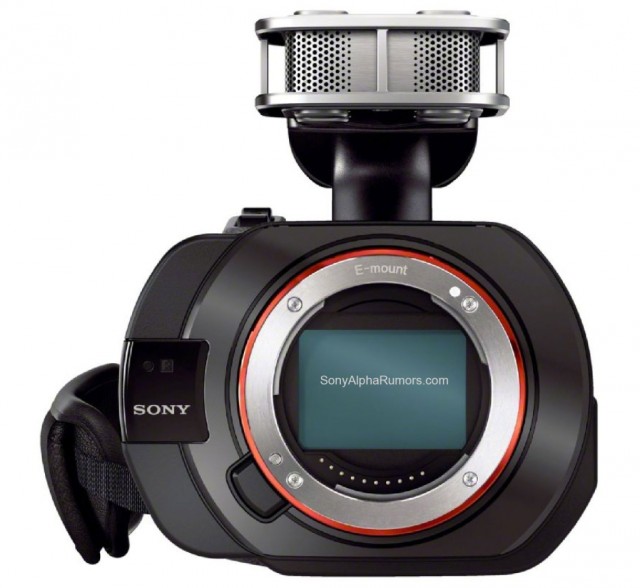 The Sony NEX-VG900 is expected to be announced tomorrow as a full frame camcorder with the NEX E-mount. The VG900 is rumored to include a 24MP full frame sensor and capture 1080×1920 video recording at 24p/60p courtesy of the AVCHD 2.0 codec.

While an A-mount adapter is rumored to be included with the VG900, I’m curious as to which lenses will be available with this camera given the increase in sensor size over the current NEX-VG20.

Additional rumored specs include a 3? LCD, XGA OLED EVF and price tag of $3,300.