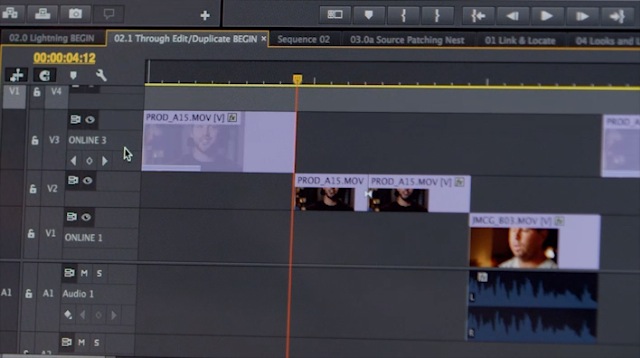 Over the past couple of years, Adobe has been doing a decent job of listening to customer feedback in adding features to Premiere Pro. In many instances, these added features were simply standard features picked up from Final Cut Pro 7 – things that those switching to Premiere Pro instantly missed.

They were small, but crucial and time saving things – like ‘Alt-drag’ to copy a clip elsewhere on the timeline (added in CS6). Or, the inclusion of FCP 7 keyboard shortcuts – a standard keyboard profile that is now available in Premiere Pro. 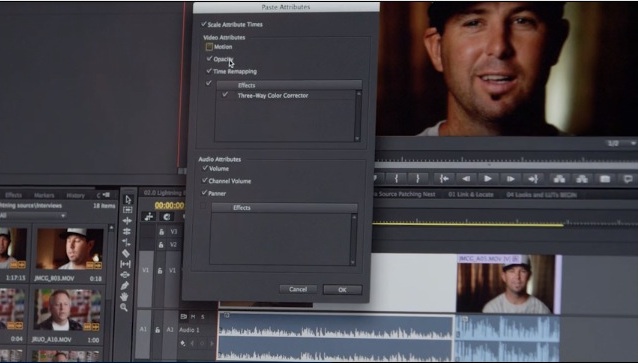 In the next version of Premiere Pro, Adobe is adding even more of the FCP stable of features, including the oft-requested ‘Paste Attributes’ dialog for pasting effects easily across clips. New keyboard shortcuts also allow you to easily nudge clips up and down tracks. 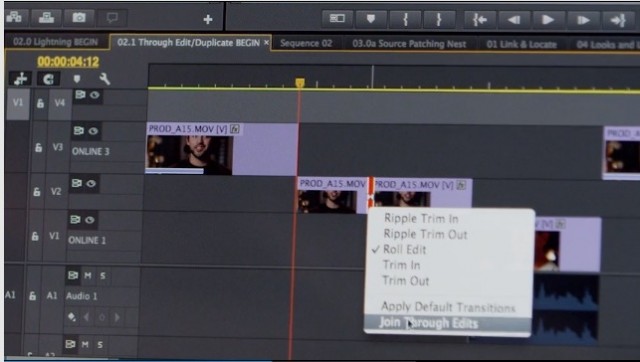 Additionally, the new ‘Join Through Edit’ feature takes a cue from FCP X’s compound clips and allows you to join adjacent clips to make a single clip on the timeline.

It is clear now that Apple is moving in a different direction than the tradition NLE design with its FCP X. However, there are many editors out there who wanted to see FCP evolved to version 8 as something that was, at the very basic level, a 64-bit version of FCP 7. Other whiz-bang features could come and go, but FCP users needed to utilize more RAM than what the 32-bit FCP 7 would allow. In a lot of ways, Premiere Pro is becoming more and more like that FCP 8 that never arrived.

That said, Adobe isn’t stopping with these FCP nuances that people continually ask for. There are new, powerful features that evolve Premiere Pro in its own right. 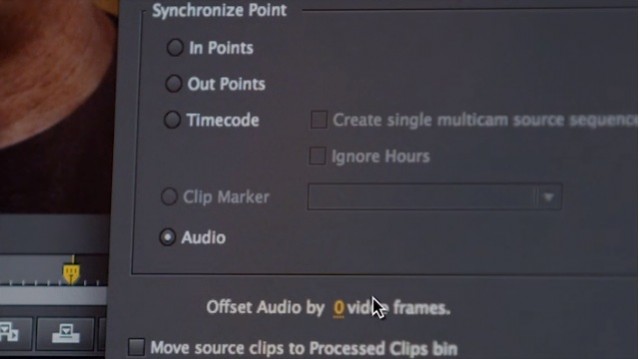 While it may be a little late to the game, Premiere Pro is finally getting the ability to sync clips by audio wave form, which should lead to a much easier starting point for multi-cam editing. 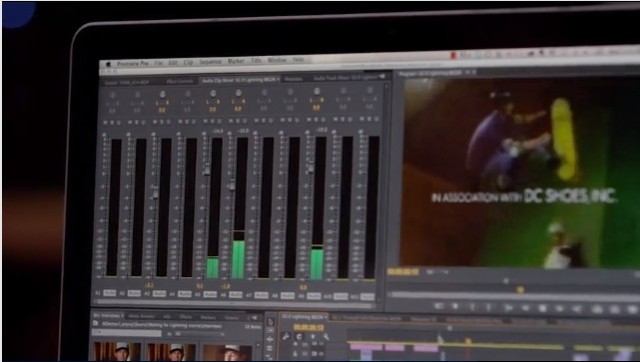 Other audio editing enhancements include an audio clip mixer, which allows you to mix audio on a clip-by-clip basis as opposed to being limited to track mixing. Adobe also includes a built-in ITU loudness meter for those sending out content for broadcasts that are governed by new loudness limiting legislation. 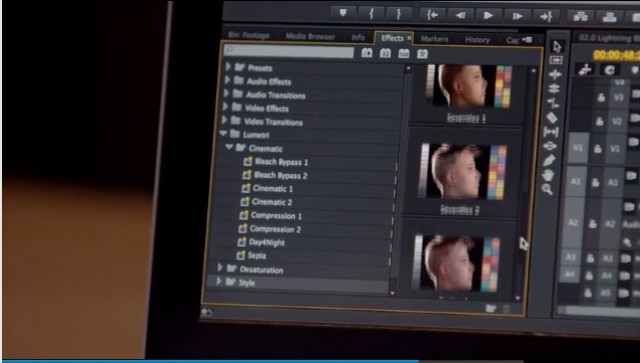 One of the biggest and shiniest new features is the new Lumetri Deep Color Engine, which enables you to use the Looks browser from Adobe Speedgrade and ships with pre-built Looks to apply to your footage in Premiere Pro. Additionally, you now have the ability to import third-party LUTs.

These are just some of the new features that Adobe is showing off now for the next Premiere Pro. It is likely though, that these are the biggest ones. I’m sure we will see more next week and NAB 2013 – and I will pass along anything else of significance that I learn about this next iteration of Premiere Pro.

In the mean time, you can check out the overview video from Adobe below.