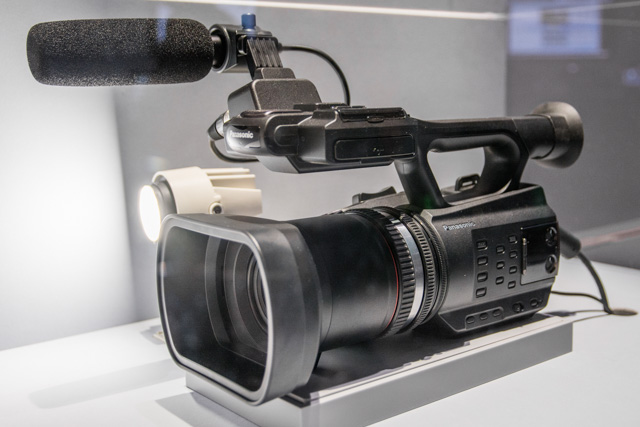 4K was certainly the big theme this year at NAB. Whether it was cameras, capture, post or delivery, 4K video was everywhere. 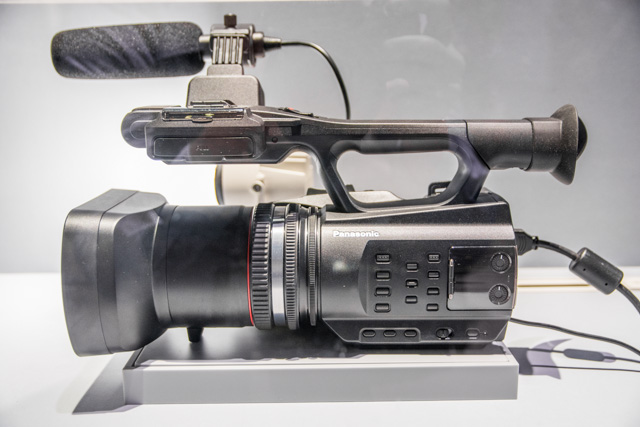 Of course, some manufacturers are further along than others in the 4K development pipeline. Panasonic happened to have a single 4K camcorder under glass. However, this was a working model that was pumping out a 4K signal via a single HDMI 1.4a cable to a 4K monitor next to the display. 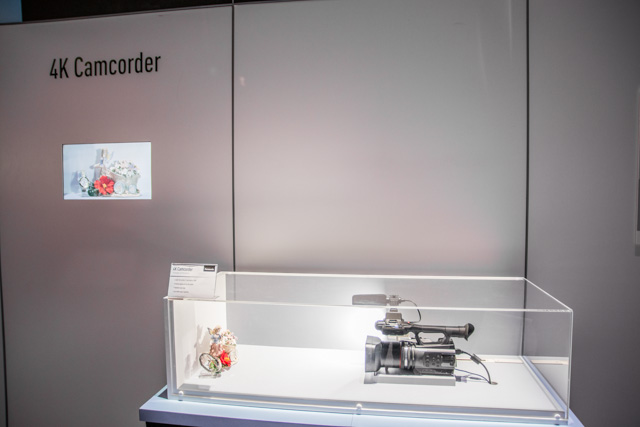 While there is no product name or specs available for the public, it is nice to see that Panasonic has something in the pipeline that appears to be aiming toward the lower end of the pro market. 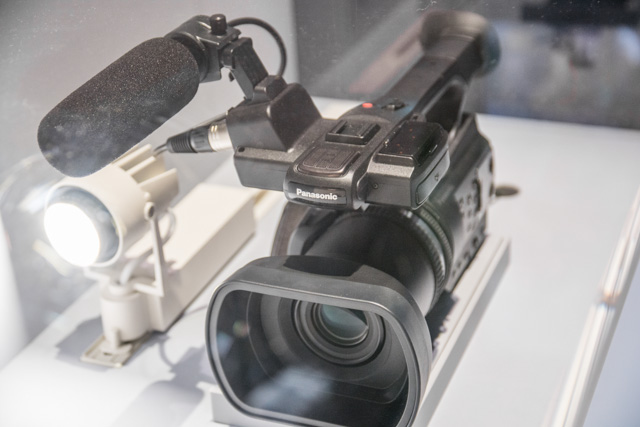 Again, no specifics, but it looks like a small-sensor camcorder along the same line as the HPX250 P2 camcorder, which sports a 1/3″ sensor and a 22x zoom lens. 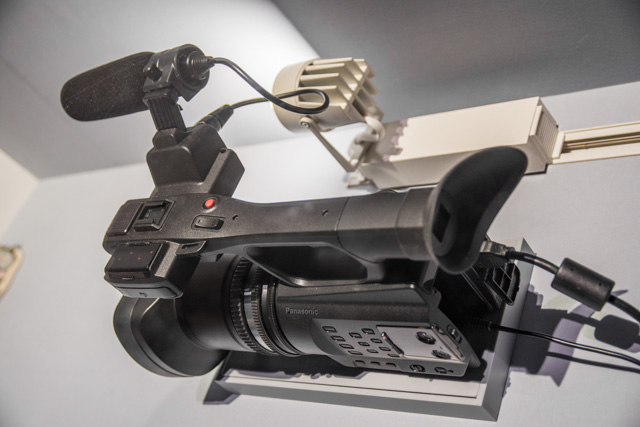 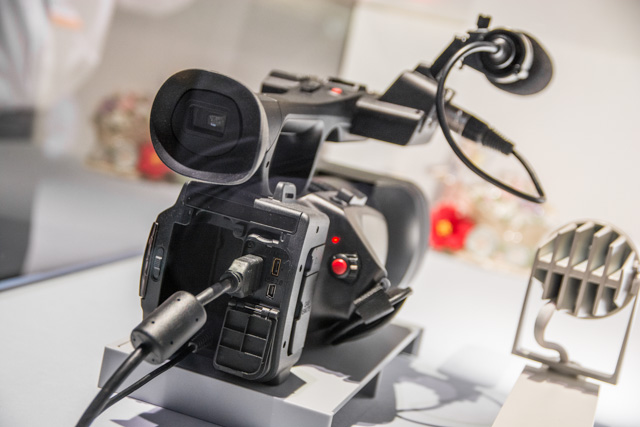 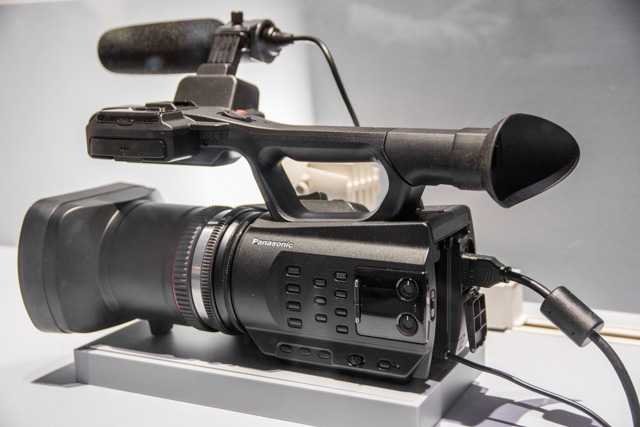